Victims on the other side of some of the most critical calls have been left waiting. 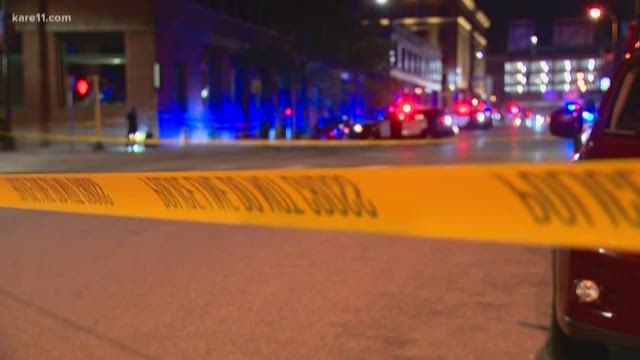 But what happens when nobody responds?

Victims on the other side of some of the most critical calls have been left waiting.

“Last year between July 1 and June 30 of this year, 6,776 times when somebody picked up the phone and called 911 for a priority one call and we did not have a squad available to go at that time,” John Elder said. “That is unconscionable.”

John Elder, a spokesperson with the Minneapolis Police Department, says priority one calls could be robbery, rape, shootings or a domestic in progress.

"You lose trust when you can't adequately respond,” he said.

Problems with staffing pushed a plea for 400 more officers from Minneapolis Police Chief Medaria Arradondo on July 17. He made his case during a three-hour public safety meeting at the Minneapolis City Council.  At that meeting, Police Chief Medaria Arradondo laid out reasons why he believes increasing the number of MPD officers will reduce crime. By the year 2025, Arradondo believes MPD should increase from 600 patrol officers to 1000.

“And because our staffing needs have not been properly addressed over many years. It has resulted in our current MPD resources being strained to capacity, and quite frankly we are hemorrhaging,” the Chief said.

Elder said the numbers the Chief initially laid out at the public safety meeting are five times higher than what they believed.

“We simply have brought forward an honest and real assessment. This is the first chief that has ever really done that,” he said. “If people feel that 6,776 priority one calls that are not able to be responded to immediately is acceptable then nothing should change. We had five people shot Saturday morning in about a three-and-a-half-hour time span, one person sadly was killed.”

Elder said the department deployed 13 squad cars at each of those shootings. When that happens, resources are pulled from other precincts. He used an example to break down the crisis.

“That means, that the people in south Minneapolis had less patrol cars on the street because they were downtown or in north Minneapolis taking calls and assisting at the scenes,” he said.

Chief Arradondo wants the additional patrol officers by 2025 on the force.

Right now, the department is made up of 888 officers. About 600 are patrol officers.