Psychic who gave crystal ball to Zimmer has Vikings predictions

When Vikings coach Mike Zimmer repeatedly told reporters he didn't have a crystal ball to determine the health of quarterback Sam Bradford, psychic Ruth Lordan sent him one. Now she's taking a look at the team's future. 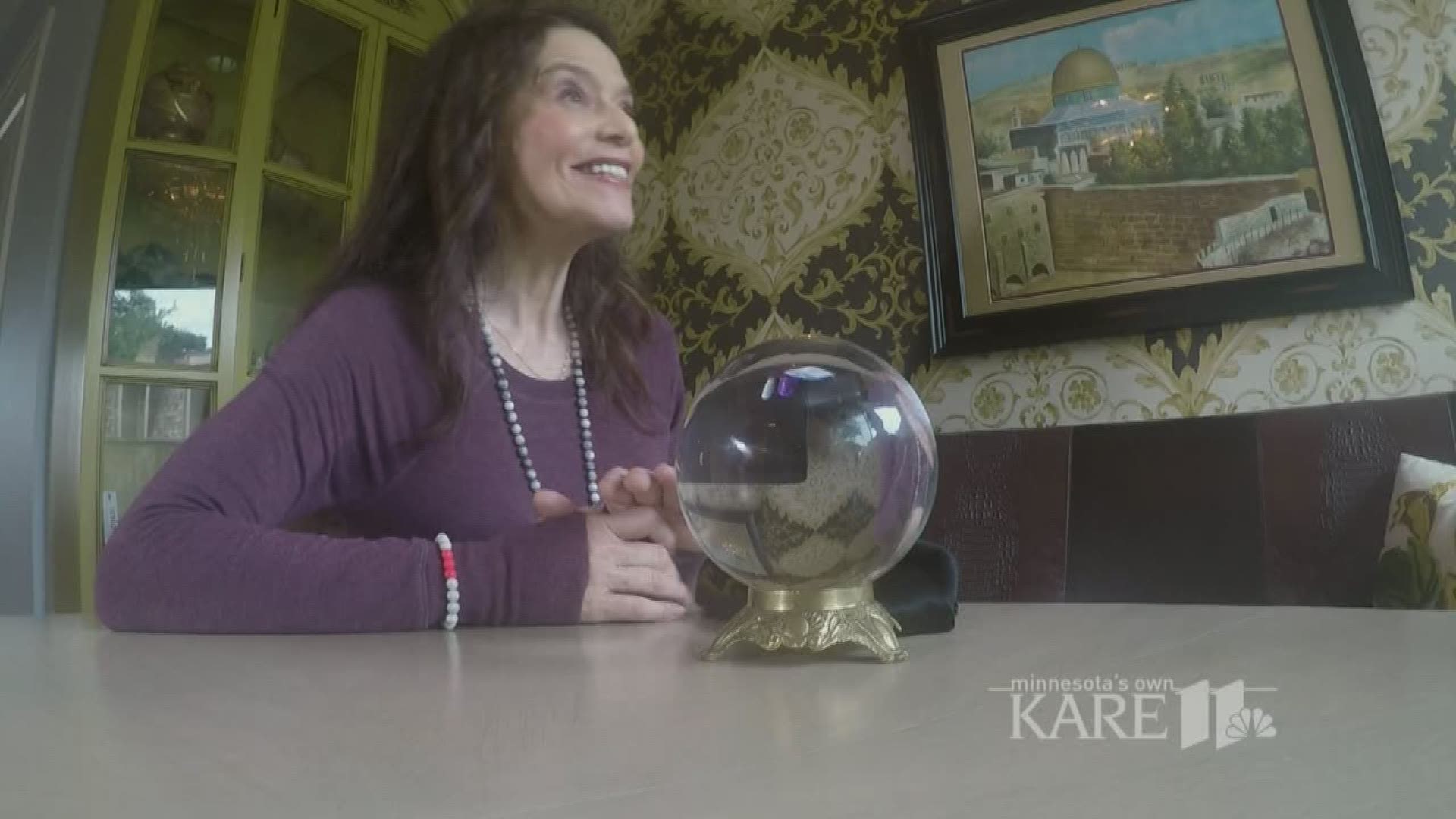 EDINA, Minn. - Ruth Lordan didn't became a big football fan until she moved to Minnesota in 1987, but she's been gazing into crystal balls much longer.

So imagine her surprise several weeks ago, when she heard Vikings coach Mike Zimmer speak her language.

"I had the TV on and there was a press conference," Lordan said.

She heard a reporter ask Zimmer about the status of quarterback Sam Bradford's knee injury.

On Saturday, Zimmer acknowledged the delivery.

"I have a crystal ball now because one of the psychics in the Twin Cities gave me one. But I didn't bring it down here with me," Zimmer said during a news conference.

"I did hand write the instructions, now my handwriting is not the best, so I'll be glad to show him in person how to use it," Lordan said.

Zimmer has yet to reveal anything that he's seen in his new gift, so KARE 11 asked Lordan to take a look into the Vikings' future.

"Whoa, first thing that came through strong was the Vikings have a lot to learn and they're finally open (to new things)," Lordan said, while gazing into her own crystal ball. "And yes, I'm getting a psychic feeling, tuning in to Mike Zimmer, the ball is going to make him very open and creative and he's not going to be afraid to try new plays."

What does the crystal ball reveal about the Vikings Monday night game against the Chicago Bears?

"They have a good chance to win, but we can't put that out too much, because then we'll ruin the energy. Just keep an open heart and a good vibe," Lordan said. "Will the Bears play fair? Will their refs be fair? It's Chicago, what can I tell you?"

For Vikings fans wondering about a potential Super Bowl win?

"It's here," Lordan said, looking into the crystal ball. "I do contact spirits and a couple of years ago, when we contacted Vince Lombardi he said he saw his trophy here. He very well may be presenting it to (the Vikings). He's smiling down. He's going, 'If it can't be the Packers he wants it to be you.'"

It might not be exactly what Vikings fans were looking for, but here's to wishing.

"I feel good about it. I see good things," Lordan said.