Public service student loan forgiveness is possible but it's tricky

The U.S. Department of Education's most recent numbers show that about 99 percent of people who have applied for Public Service Loan Forgiveness have been rejected. 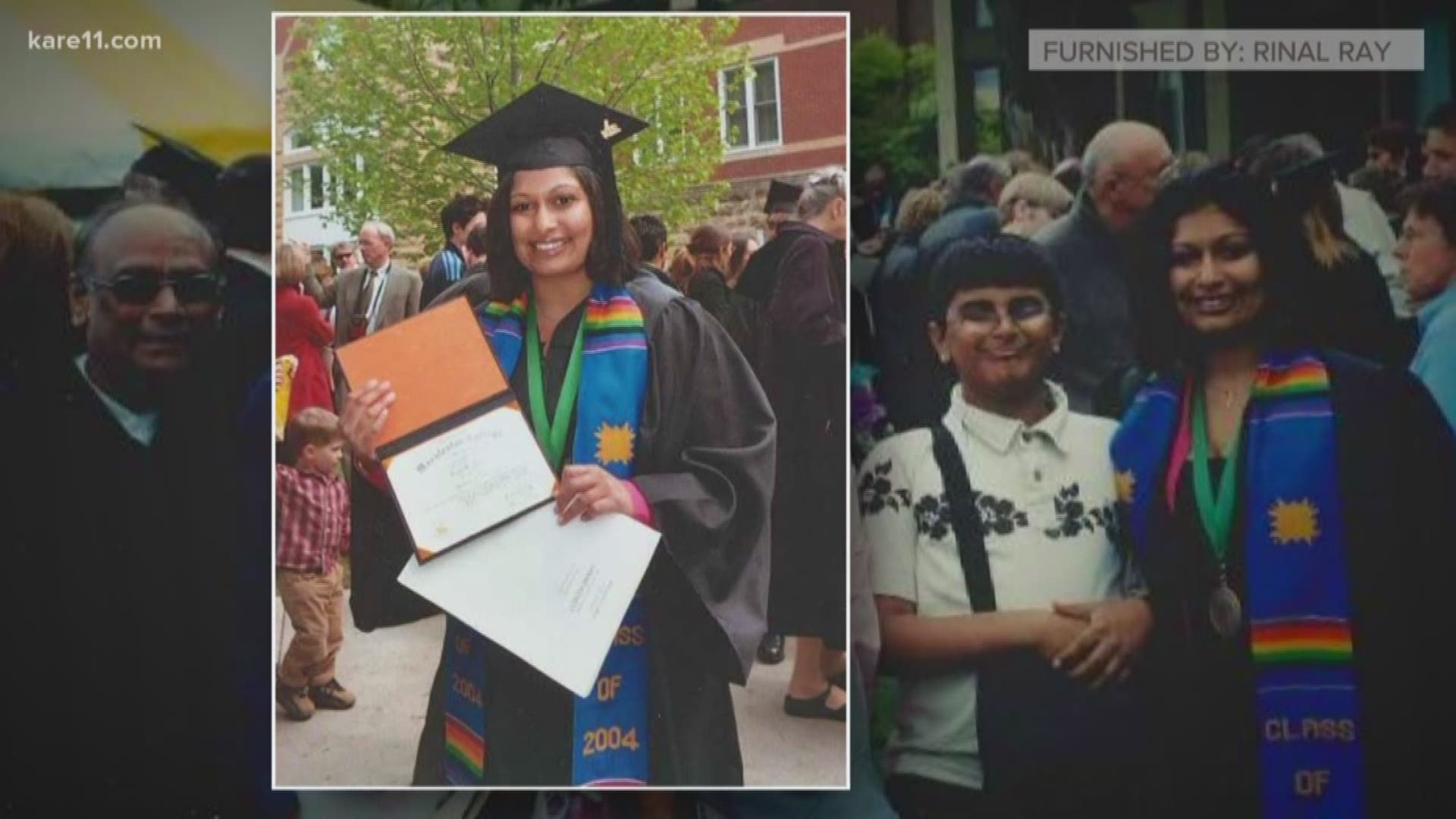 MINNEAPOLIS, Minnesota — Minnesotans have among the highest student loan debt in the nation, according to the Institute for College Access & Success. There are programs out there that can help ease the financial burden but they're not always as simple as they may seem.

Rinal Ray has been working towards loan forgiveness for the past decade.

"There's this promise that the government made me that if I do my 10 years in public service then they forgive these federal loans of mine," Ray said.

Ray is the associate executive director for People Serving People, a Minneapolis nonprofit that works with families experiencing homelessness. Ray has been with the nonprofit for about a year and a half but has spent the past decade working in public service. After graduating from Macalester College, she went to law school.

"I was graduating from law school, studying for the bar, and trying to figure out what I'm going to do with this six figures in debt that I have just accumulated," Ray said.

Ray decided to enroll in the Public Service Loan Forgiveness (PSLF) program. The federal program started in 2007 as a way to encourage individuals to work in public service jobs. PSLF requires working full-time for a qualified employer: a 501(c)(3) nonprofit, any level of government, or other types of qualifying public service jobs including nursing, teaching or military service. The qualifying loan for PSLF is any nondefaulted loan through the William D. Ford Federal Direct Loan Program.

"You can't have FFEL loans. Those don't count towards your loan forgiveness. You have to consolidate them into Direct Loan. Direct Loans are qualified loans but Parent Plus Loans also would need to be consolidated to be eligible, even if they're Direct Loans," explained David Carlson, author of Student Loan Solution.

PSLF started in 2007 and by 2017 many of the first applicants had reached the mark for loan forgiveness—or so they thought. The U.S. Department of Education's most recent numbers show that about 99 percent of people who have applied for PSLF have been rejected. The most common reason for the rejection has been missing information (60%) followed by not having eligible loans (20%). Only 5% were rejected for not having an eligible employer.

"A lot of people, they've relied on their loan servicers to give them information about it. Unfortunately, there's a lot of allegations that these borrowers received either misleading information, or the call center employee left out a detail such as, 'Hey, half your loans are FFEL. You need to consolidate them if you want them to be eligible,'" Carlson explained.

In 2018, Congress created a temporary expansion of the PSLF program to help student loan borrowers who were rejected for being on the incorrect repayment plan. But Carlson said that program also has such specific requirements that it also has a very low acceptance rate.

"Public Service Loan Forgiveness can be a really positive program to pursue if you follow all the steps and check all the boxes which for many borrowers, it's not easy," Carlson said.

According to the United States Government Accountability Office, nearly 900,000 borrowers have taken an initial step towards qualifying for the PSLF program.

Carlson's top three tips for those interested in PSLF: Learn as much as you can about the program; submit your Employment Certification Form at least once a year, if not twice a year; document everything, down to conversations you may have with call center employees.

Ray said she is very close to reaching 120 payments, but the government still thinks she has a year left. Ray is hoping to sort it out and then apply for loan forgiveness.

Ray said she gets nervous reading headlines about the very low PSLF acceptance rates, adding, "My husband and I, we've made life decisions based on this program in some ways. Like we waited to get married; we waited to have a child; we waited to buy a house."

Is the PSLF program worth it? Ray is waiting to answer that question. "If it comes out and it's okay, I will be so happy and I will feel like a 600-lb elephant off my back," Ray said. "It will be liberating, I think, if this works out."