The Saint Paul & Minnesota Community Foundations announced a $250,000 grant to a coalition of local news outlets, nonprofits, and educational institutions aimed at changing problematic racial narratives and their representation in the news media. 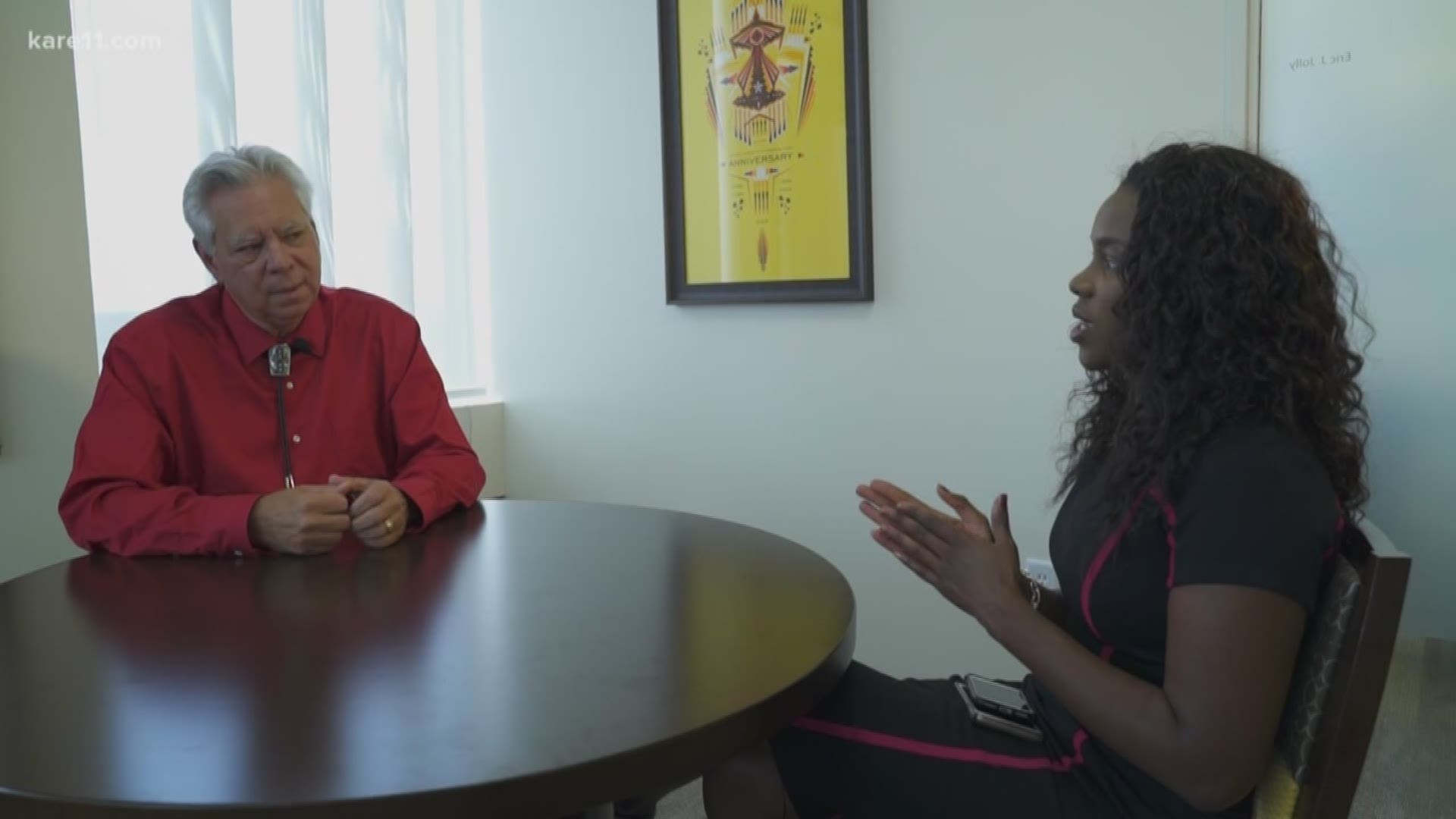 MINNEAPOLIS - Studies have shown major media outlets routinely present a distorted picture of minority families. Sometimes portraying them as dependent and poor. By contrast, white families are more likely to be depicted as sources of social stability. But one organization is pushing to change the negative narrative.

The Saint Paul & Minnesota Community Foundations announced a $250,000 grant to a coalition of local news outlets, nonprofits, and educational institutions aimed at changing problematic racial narratives and their representation in the news media.

It’s part of the program, “Truth and Transformation: Changing Racial Narratives in Media.”

They will create a curriculum that helps local news media uncover their own biases and assumptions.

Dr. Eric Jolly, president and CEO of The Saint Paul & Minnesota Community Foundations, said the foundation seeks to solve problems. Now, they are focusing on changing racial narratives in the media.

“I think it is very difficult to see a community you are affiliated with portrayed repeatedly in ways that seem inaccurate or incomplete. According to the media outlets that came to us there are some things that are under told. Things that are misrepresented,” he said. “The Knight Media foundation does research in this and it shows repeatedly we are over representing the negative stories of the minorities in our communities, white black or native. They are underrepresented in the positive stories.”

Recently, we have seen reports and viral videos of white people calling the police on black members of the community for no reason.

In Ohio, a 12-year-old was mowing grass when a white woman called police.

In Philadelphia, black men waiting in Starbucks, three black women renting an Airbnb and then the black Yale student who fell asleep in a common room. Plus, the lawmaker going door-to-door, campaigning in her district.

Why is this happening? Are people fearful of minorities because of the images they have seen in the media?

“I don't want to lay that fully on the door step of the media but the media has contributed to people believing that is the story of the communities they encounter. Overstatement of violence, overstatement of criminal activity and understatement of service and giving,” Jolly said. “Narrative change and racial healing are critical components of creating racial equity. We know this work is only possible through effective community partnerships, and this collaborative effort is an excellent example of the creativity and fresh thinking that is possible when we invite others to the table.”

Hamline University, one of the six, was selected from a pool of 125 applicants to be one of the nation’s first ten Truth, Racial Healing & Transformation (TRHT) Campus Centers selected by the Association of American Colleges and Universities.

The coalition will create a curriculum and host a statewide, two-day media conference tackling this topic.

Jolly says they plan to measure the success via community reports and technology.

“Devices allow you to look at the words and phrases that show up again and again in newspapers and in other media outlets and see the breadth of understanding represented there. Or the stereotyping of repeating the same images over and over again,” he said. "We hope we will see change in that. We will know the change when our communities start saying, ‘I saw myself in the stories portrayed in the media across Minnesota.’”