Unity, Freedom, or Liberty are the possible name changes that could happen at the school now called Patrick Henry High. 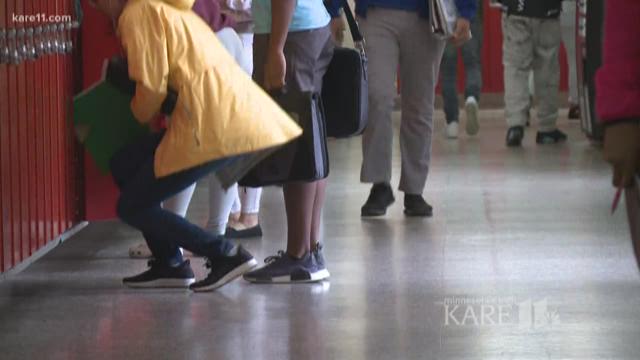 MINNEAPOLIS - There's a debate brewing over the name of a local school. That school is Patrick Henry High School in North Minneapolis.

And, next week, a vote could decide whether the name stays or goes.

KARE 11 spoke with those for and against a change. Before getting into the debate. Here’s a little background on Patrick Henry. The former Governor of Virgina protested British tyranny and delivered the famous “Give Me Liberty or Give Me Death” speech.

“Yes, he did good things and he did very bad things,” said Enitan Yarbrough, “Change the Name” Supporter.

What’s cause for concern for this group of teachers and students at Patrick Henry High School is that he owned slaves.

“I feel like he’s not a person who represents me. The way I identify as, the way my peers identify as,” said Farhiyo Hassan, “Change the Name” Supporter.

An opposing group of alumni say they’ve researched Patrick Henry and all he did for our country.

“The research has shown that he was morally opposed to slavery and convinced other founding fathers and change their views on slavery,” said Louise Seigworth, “Save the Name” Supporter.

Since 1930, Minneapolis Public Schools officials say they have changed 11 school names. The most recent in 2017 when Alexander Ramsey Middle School changed to Justice Page.

MPS says they don’t know the actual cost to change the name of Patrick Henry High School. However, those against the name change say they would rather see the “cost” go into classrooms.

Those for the name change say the cost to change is far less than the historical trauma.

“What is the spiritual cost, the emotional cost, the mental cost to continue to have these black and brown bodies come to a school that reduces them the moment they walk in,” said Yarbrough.

“People have messed up and done bad things and everyone has and you have to move on,” said Anthony Boone, “Save the Name” Supporter.

On May 17, 15 people including community members, business owners and parents will decide whether there should be a name change.

If approved, it would go to the superintendent for review.

The names the students would like to change to are Unity, Freedom, or Liberty.

The group against the name change says it would be okay with dropping the first name and just calling it Henry High School.