Q&A with Sheriff Fitzgerald on Jayme Closs and her return

Sheriff Chris Fitzgerald: "She took that first step. Taking that step was just unbelievable. I think that's a lesson we can teach." 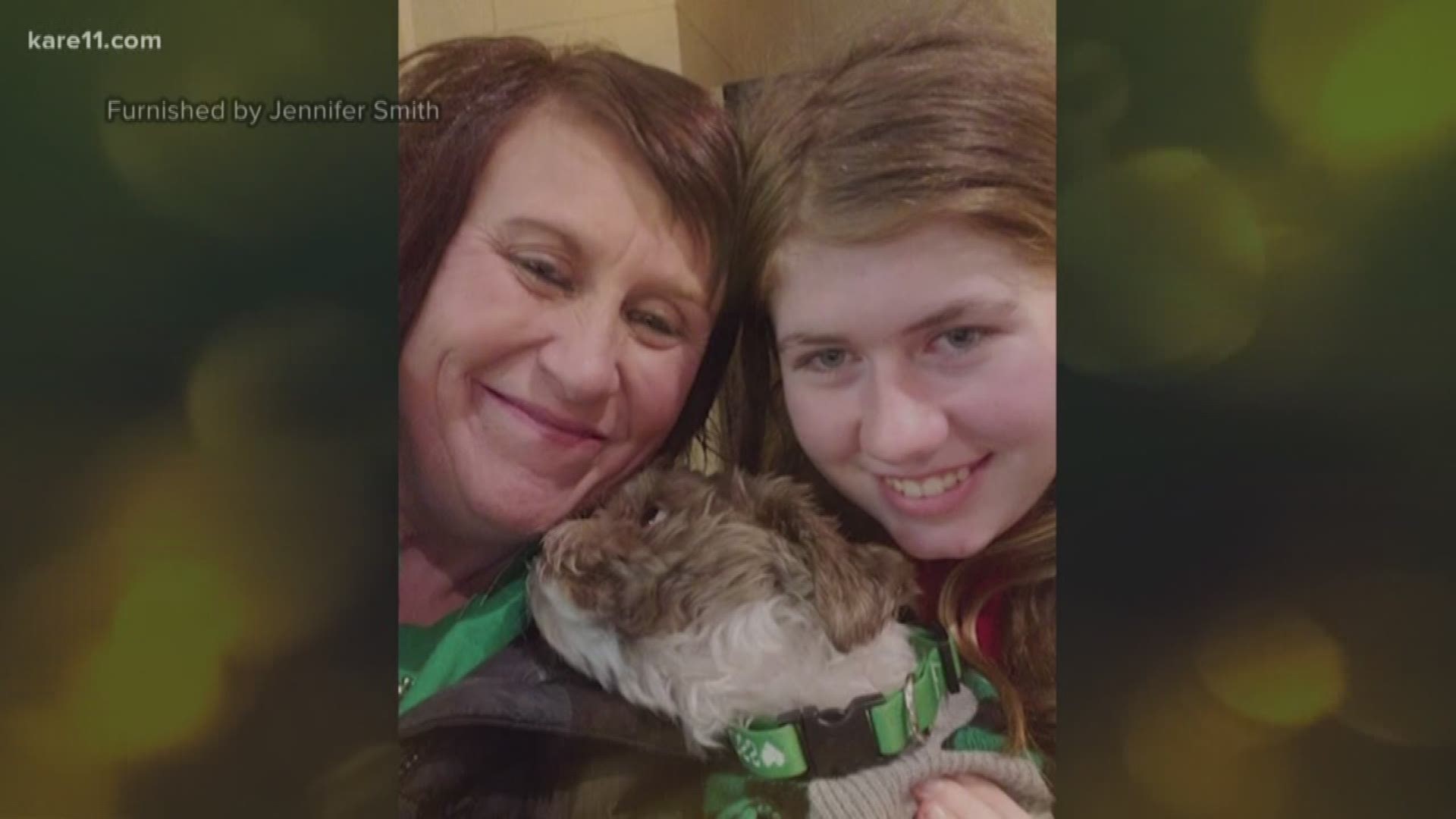 Sheriff Chris Fitzgerald: "She took that first step. Taking that step was just unbelievable. I think that's a lesson we can teach. When we say, 'How do we talk about this with our kids?' Never give up hope, keep your prayers alive. When you get into a situation, you never give up, they'll be an opportunity for you to take advantage of."

Kent Erdahl: "Any closer to understanding or revealing, how these two came into contact or how he came to target Jayme?"

Sheriff Fitzgerald: "Still no evidence that shows any connection to any of the Closs family members. I don't know if he just saw her or what the connection is but there's been no contact like everybody thinks."

Kent Erdahl: "We are sitting in front of the jail here and Jake Patterson, the suspect, is not that far away from us."

Sheriff Fitzgerald: "Less than a football field away from us."

Kent Erdahl: "What do you think about that?"

Sheriff Fitzgerald: "I don't think about that, I think about her at home, when we got to bring her back to Barron County last night."

Kent Erdahl: "Have you seen Jayme yet?"

Sheriff Fitzgerald: "I have not. I can't wait to see her but family is more important. All I was told is she woke up, after a good night's sleep, in a safe home, and had a smile on her face."

Kent Erdahl: "What would you tell people who are wanting to know if there's an event or something they can do to celebrate her?"

Kent Erdahl: "Was there a hardest day, or a hardest moment, through these last three months?"

Sheriff Fitzgerald: "To tell the public that we didn't have any new tips, but we'd been working on it for two months, was very frustrating. But then we went to events like the tree lighting (for Jayme) and that hope and those kids coming up and saying, 'Just find my classmate.' Okay, you just re-sparked me. I'm ready to go. Let's do this."

Kent Erdahl: "You have a couple of kids and you have your own 13 year old."

Kent Erdahl: "How hard was it to parent them through this and how did you deal with that?"

Sheriff Fitzgerald: "A couple extra hugs, even though they're 13 and 16. It's been hard. Been a little different. I keep track of them, I always did before in my job, in seeing the worst in people, but I saw a lot of good here. And I saw a lot of community support."

Kent Erdahl: "Do you believe the community is going to be okay?"

Sheriff Fitzgerald: "Yeah, I know we can do anything now, so taking on this healing process and helping Jayme is going to be simple for us, because I've seen what we can do together."