Rare surgery at U of M hospital saves diabetic girl 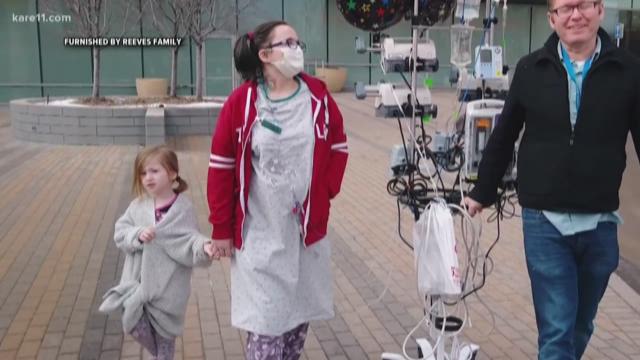 MINNEAPOLIS -- The one thing Emmy Reeves needed to stay alive, was also killing her.

The 14-year-old from South Carolina was diagnosed with type 1 diabetes when she was four. Her family soon found out she was allergic to the insulin shots saving her.

Tiffanie says nighttime was the worst.

“Our biggest fear was that she was going to die, and every morning if I accidentally slept more than three hours or through the alarm, our first thought was ‘oh my gosh, is she ok?’” said Tiffanie.

The Reeves family turned to the University of Minnesota Masonic Children’s Hospital and the Univ. of Minn. Medical School for a dangerous but potentially life-changing treatment, an extremely rare pancreas transplant.

“There's one transplant that was performed before her, an 11 year-old in 1994 at this institution,” said Dr. Raja Kandaswamy, director of the Kidney and Pancreas Transplant Programs at the University of Minnesota Medical School. “That pancreas only lasted 6 months.”

The family thought the risk was worth it.

Emmy’s original insulin-deficient pancreas was left in place while a new insulin-pumping one was attached in a different spot in her abdomen.

Despite some rejection signs around day 30, Emmy’s body has accepted the new pancreas, and the insulin shots have stopped.

“She's cured of diabetes. She is no longer a diabetic,” said Kandaswamy.

Emmy now walks daily with her new service dog in-training, Newt. She works on her artistic talents (she can write and draw upside-down). She can touch and hug without hive-inducing pain.

Tiffanie says her daughter’s surgery was not just life changing, but life giving.

Kandaswamy says the one-year mark is the phase of biggest concern with a pancreas transplant.

He says all signs point to Emmy having this new organ for a long time.