"When I-94 was constructed, my family was one of those who had their lives and livelihoods uprooted in the name of progress," says St. Paul mayor, Melvin Carter. 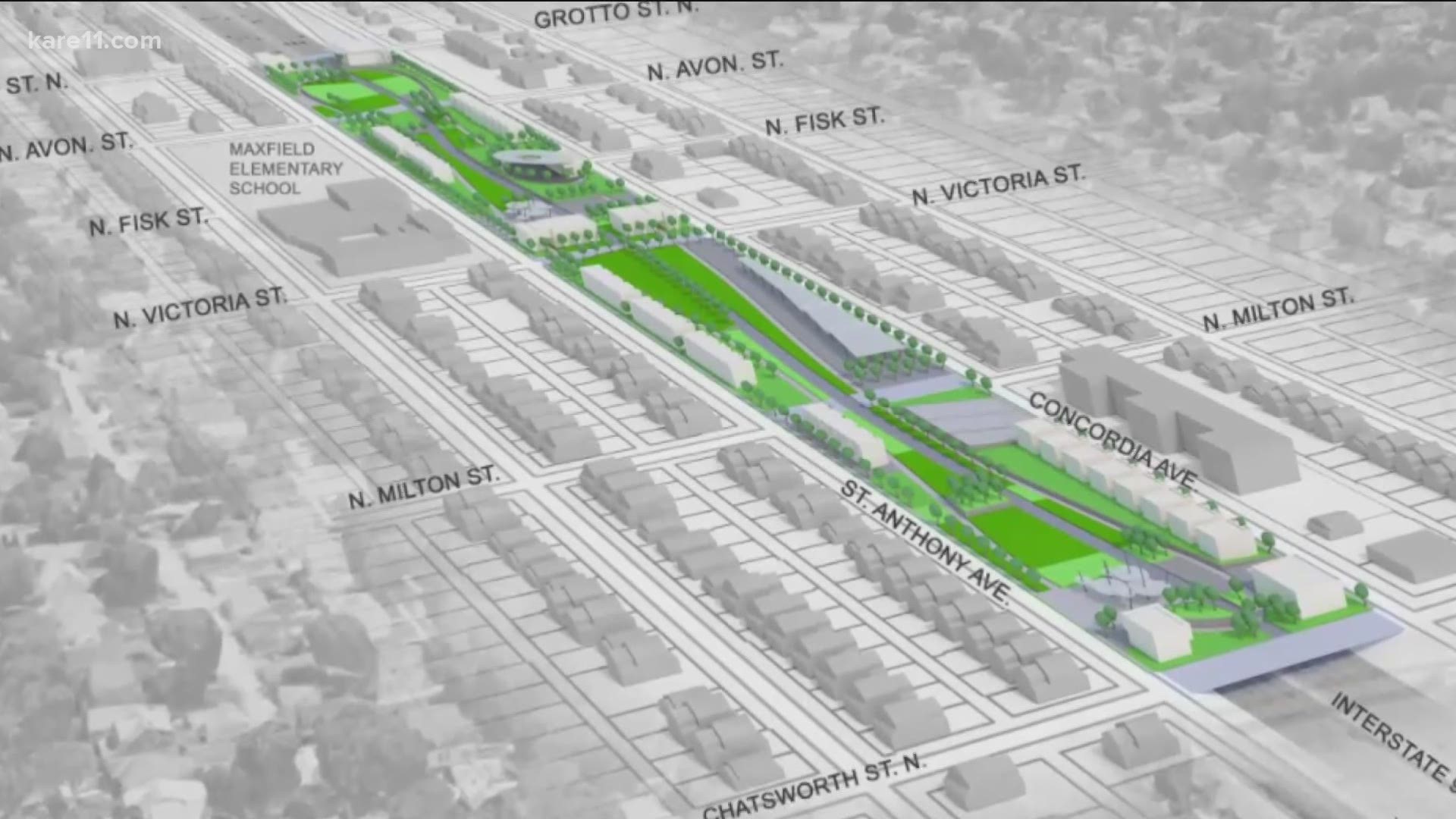 ST PAUL, Minn. — "I was born and raised in Rondo," says Marvin Anderson

The Rondo community was once a thriving place to live, grow, work, and worship for the African-American community.

"When I-94 was constructed, my family was one of those who had their lives and livelihoods uprooted in the name of progress," says St. Paul mayor, Melvin Carter.

But now, after years of watching the toll of a community gutted and cut off from itself, "ReConnect Rondo" says a land bridge, spanning from Grotto Street to Chatsworth over I-94, will help right a wrong. "We can't rebuild the old Rondo, but we have an opportunity with the land bridge to close that loop," says Anderson.

On Tuesday, Reconnect Rondo met to discuss the proposal with several lawmakers.

The project that is estimated to cost over $450-million for the structure, with six-million needed for pre-development activity.

"What makes this unique is many examples are park spaces connecting communities," says Keith Baker, with ReConnect Rondo. "This is the rebuilding or reconnecting of a community to rebuild quality of life."

While Anderson says there are thousands of Black communities across the country impacted by highway construction, he's hoping to replicate the land bridge project, to rebuild and preserve the history of communities once lost.

"We want to hook up with West 9th Street in Little Rock, Highway 10 in New Orleans, Gary, Indiana, Baltimore," Anderson says. "All of them have suffered."

To learn more about "ReConnect Rondo" and the proposed land bridge, visit the website here.

To learn more about MNDOT's "Rethinking I-94" project, visit the website here.