Record rain: Most in U.S. history over past year, 3rd in MN

The U.S. has averaged 36 inches of precipitation over the last 12-months making it the wettest year on record. 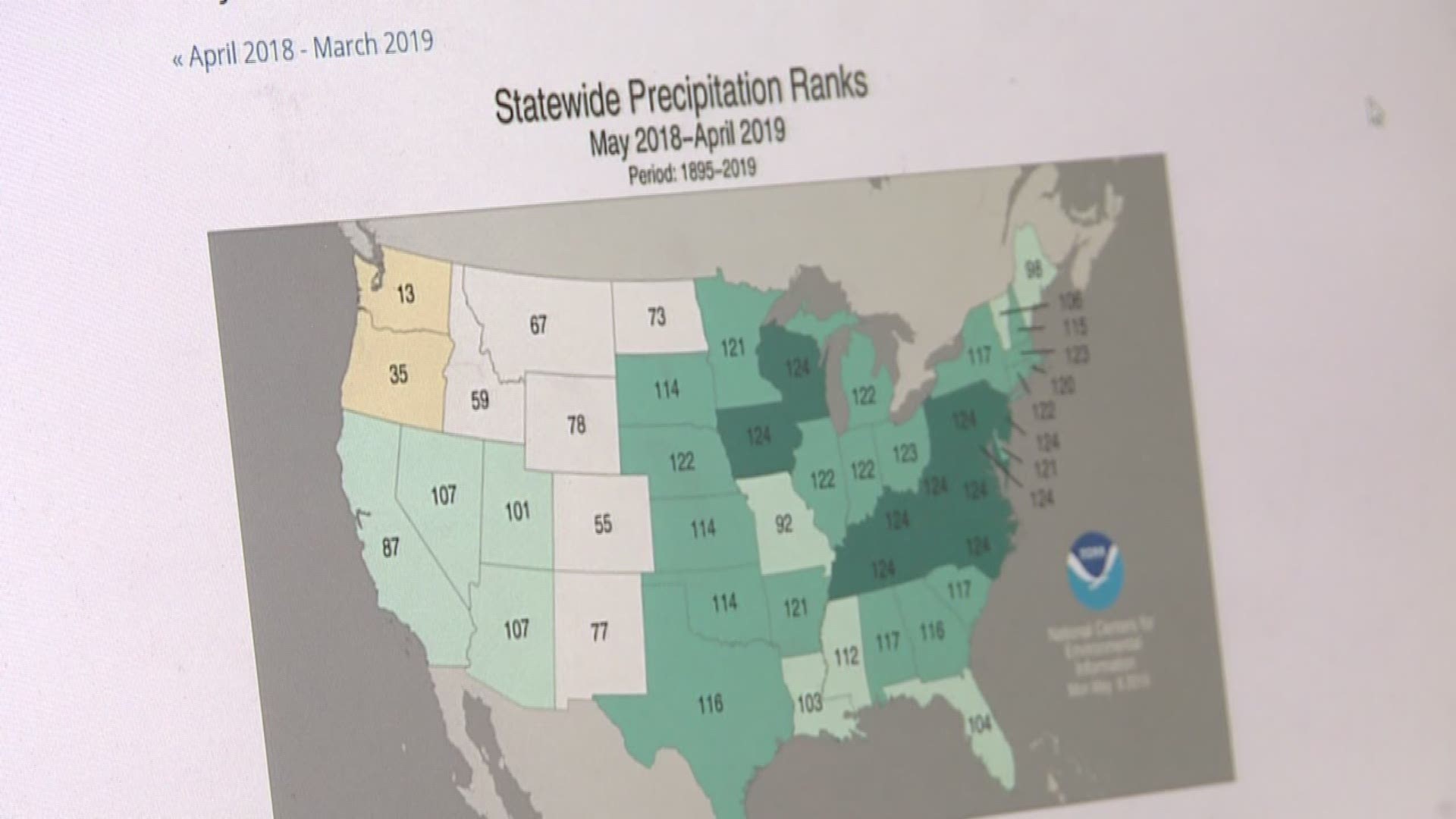 CHANHASSEN, Minn. — If it seems like the rain just won't go away, you're right.

The rain that ruined many Memorial Day plans is just the latest in a long line of storms this year.

The last 12-months add up to the wettest year in U.S. history, according to data compiled by the National Weather Service.

And the numbers show it's not just us northerners who are seeing a record amount of rain this year.

"We did see the wettest period on record for the entire United States," lead forecaster Lisa Schmit says.

According to the National Weather Service, the last 12 months were the wettest in U.S. history.

The country averaged 36 inches of precipitation during that time, breaking the previous record set in 2016.

“Right now much of the country is running about 10 to 20 inches above their normal precipitation,” Schmit says.

"We're seeing prolonged minor to moderate flooding along many of the rivers."

Most of those rivers and streams never had a chance to go back down after the snow melt, Schmit says, which is why she’s expecting to see high water levels all summer long.

“The ground is very wet, the streams are very elevated, so, any rain we get could result in flash flooding,” Schmit says.

The rain is also preventing many farmers from getting their crops in. Consumers could pay a premium for certain products this year, Schmit says.

It may also be a bad year for mosquitoes with larva having all the wet spots they need to hatch and roam free.

But Schmit says it's not all bad.

"Lawns are very green, as you've probably noticed. So, that's one positive out of it."

Rain can also slow down traffic.

A study conducted by the Federal Highway Administration suggests rain can slow down your daily drive by as much as 25%.