“I call it a trend that has me concerned for the future, because at age 43 I'm considered a younger official. That's bad news,” Thurow said. 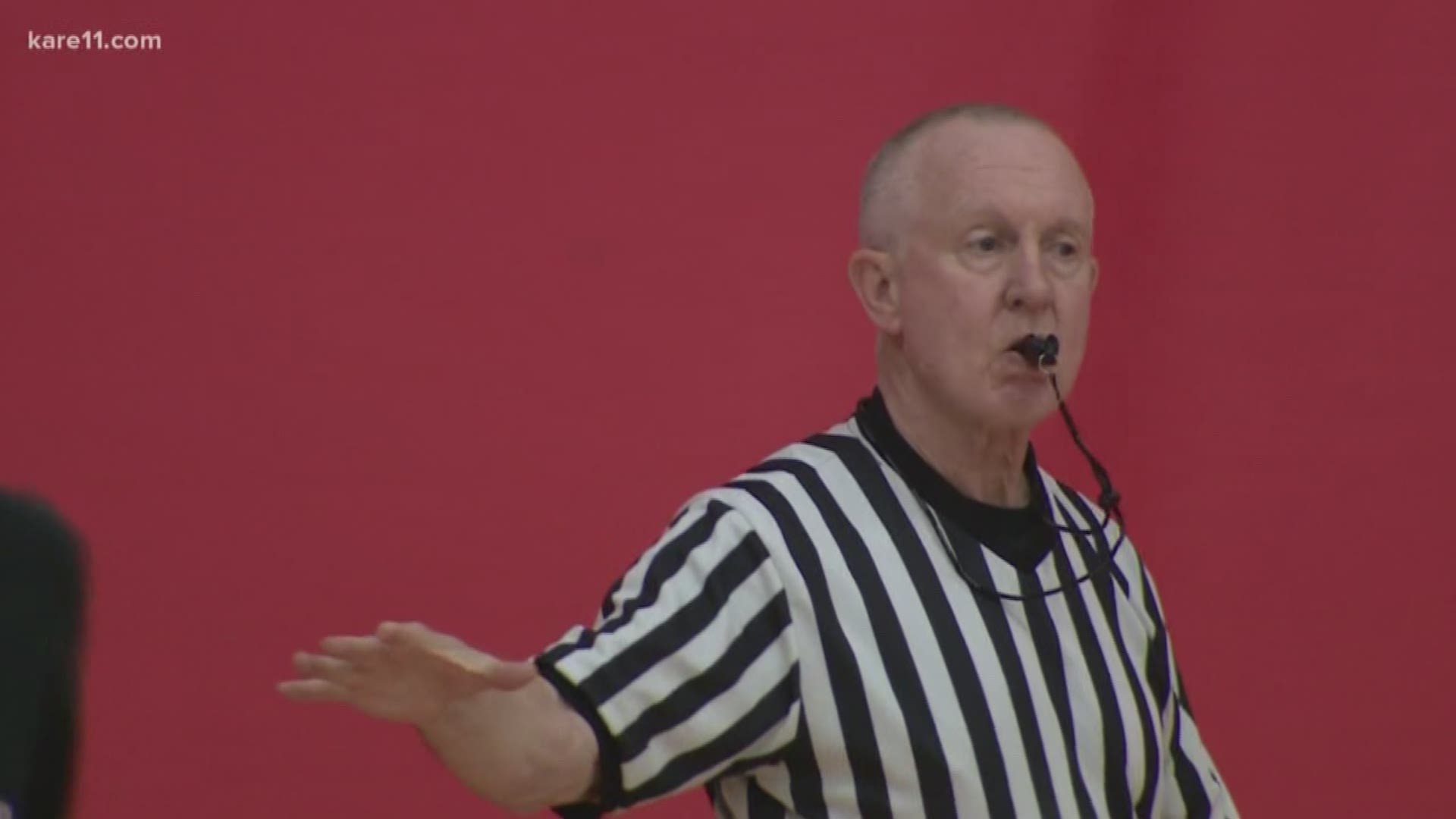 MINNEAPOLIS – The athletic director at Minnehaha Academy extends a hand and warmly greets the referee arriving for the “C” team basketball game.

The enthusiastic welcome is no act.  Josh Thurow can’t afford to take refs for granted.

“You better show appreciation or we’re going to be having scrimmages and not games,” Thurow laughs.

While it hasn’t come to that, too few referees to cover this week’s Tuesday night metro basketball games meant something had to give.

So, all six schools in the Independent Metro Athletic Conference moved this week's Tuesday games to other nights, when refs would be available.

“I'd be more concerned if we were rescheduling games for the rest of the season,” he said.

That said, Nickleby added, “I would say generally speaking we always want more.”

Nickleby said injuries, a packed conference schedule, and the move from two to three refs for varsity basketball games has caused a temporary squeeze.

But Thurow – a referee himself - calls it differently.

“I call it a trend that has me concerned for the future, because at age 43 I'm considered a younger official.  That's bad news,” Thurow said.

It’s also bad news when another video shows up on YouTube of a parent berating a ref.

“All parts of the country have lost officials for that reason, so we do the best we can to promote the positive things for being an official,” Nickleby says.

One example of promoting the positive: the high school leagues "Thank a Ref" social media campaign.

The MSHSL currently has a pool of 6200 officials and judges, a number that peaked during the Great Recession and has remained steady since, according to Nickleby.

With his school’s boys and girls basketball games moved to Monday, the Minnehaha Academy athletic director had a free Tuesday night.

“I'm going to go referee,” he said, flashing a smile. “I'm going to Lakeville North. Hopefully the fans will appreciate having me there.”