“It was Marshall’s rink,” schools superintendent Sean Martinson said. “He was there for hours upon hours.” 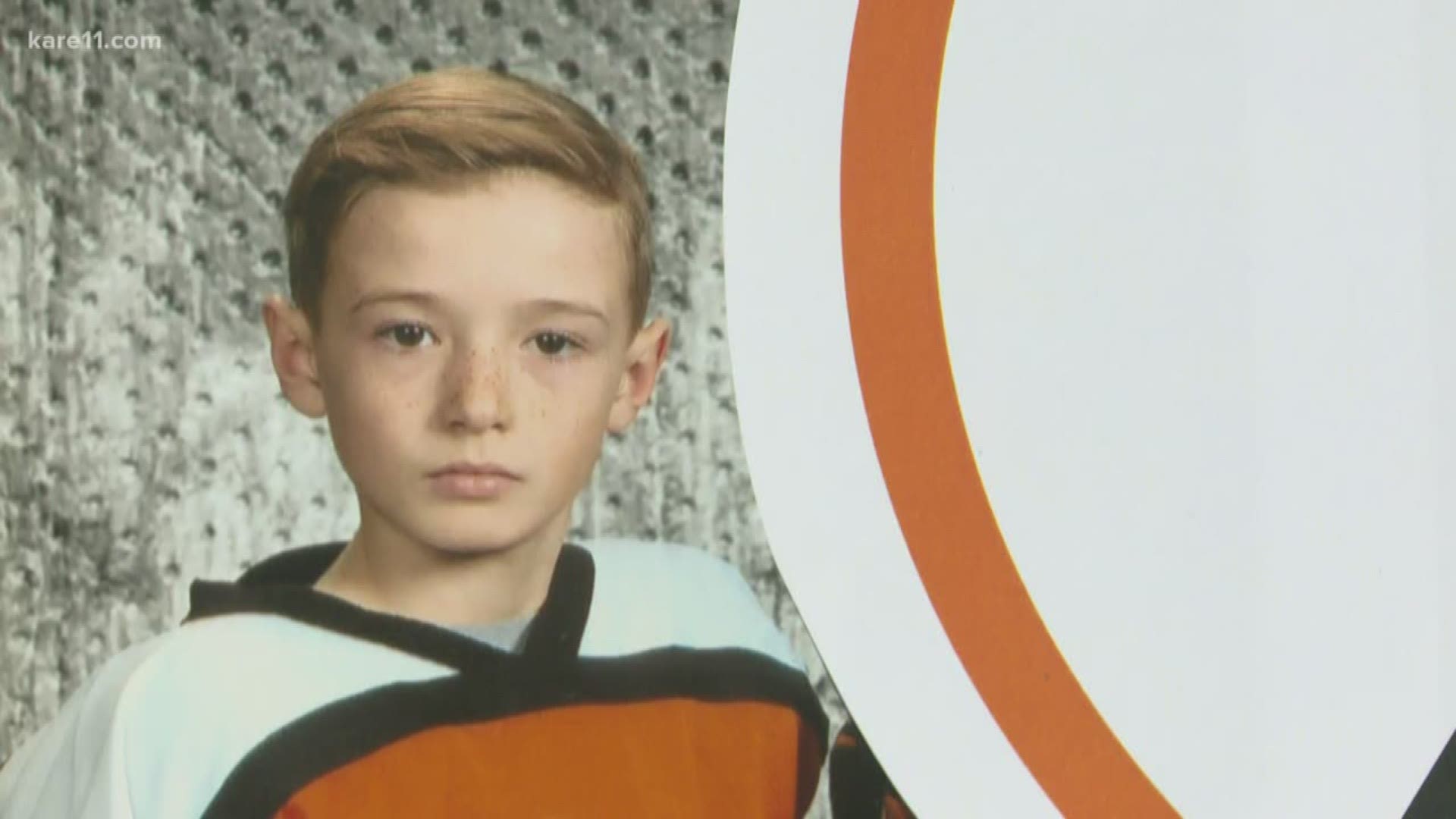 GRAND RAPIDS, Minn. — The rich hockey tradition of Grand Rapids lives inside the walls of the IRA Civic Center.

A shrine to homegrown NHL players, featuring the likes of Alex Goligoski and Bill Baker, hangs near the front door. The upstairs concourse pays homage to past state championship teams. The rink bears the name of Cliff Kauppi, the “Father of Grand Rapids Hockey.”

The next big name from the Grand Rapids area could have been young Marshall Bader, a budding star from a farm in Boy River, Minnesota. His peers and teammates called him “Turbo,” because the nine-year-old Squirt player never stopped moving and never stopped working. Driving 45 minutes each way from Boy River to go to school and play hockey, the people of Grand Rapids became accustomed to seeing Marshall working on his game year-round, at indoor and outdoor rinks and even the local YMCA.

“It was Marshall’s rink,” schools superintendent Sean Martinson said. “He was there for hours upon hours.”

“There’s no one like Marshall Bader. He had only one speed and that was all-out,” Huttner said. “He was the littlest guy on the ice but he wasn’t afraid to go up against the biggest guy. He wasn’t afraid of anything.”

His tenacity – and smile – will be missed around Grand Rapids. Marshall died in a farm accident earlier this week, leaving his community stunned and the state of Minnesota rallying behind his family and friends. The hashtag #SticksOutForMarshall began trending as people left sticks and jerseys on their front lawns. Local hockey teams across the state began tweeting tributes and wearing special helmet decals in honor of number five. Even the Minnesota Wild acknowledged the loss by sending condolences to the Bader family.

Then the Grand Rapids Squirt A hockey team played the game of their lives on Friday night, in front of perhaps the largest crowd a youth hockey team has ever seen in Minnesota. Roughly 3,000 people – more than a fourth of the population of Grand Rapids – packed the IRA Center in a “Fill the Rink” game against Brainerd. Marshall’s young teammates, some dealing with loss for the first time in their lives, stormed the ice shortly after 6 p.m. to a thunderous roar from the crowd.

“Marshall Bader tragically and unexpectedly passed away at the tender age of 9,” Squirt head coach Andrew Shermoen said in an announcement as both teams lined up at center ice. “Marshall, I know you are ripping around the outdoor rink right now as we speak. Marshall, you are so loved, and will be greatly missed.”

A moment of silence for Marshall Bader lasted for 20 full seconds, before Shermoen read a message to the crowd from the Bader family, which extended a "heartfelt thank you" to all of Grand Rapids:

"From the visits to our home, the food, cards, donations, messages, prayers, laughs, hugs, shared tears, we thank you from the bottom of our hearts. As a family, we knew that we had a special boy, but even we underestimated the impact that one nine-year-old hockey-loving farm boy could have on a community. To know Marsh, was to love him... We had no idea when we signed him up for hockey, that the hockey community would be the ones to lift and support our family during such a tragic time. Our family will continue to be the Squirt team’s biggest fans because when we watch these boys take the ice and watch them play, we will undoubtedly see our son in them. The hockey community is truly unlike any other and we are so thankful that we put this kid on skates.”

With the arena filled to the rafters, the Grand Rapids team left Marshall’s position open as they lined up for the face-off. Each team scored two goals in the opening minutes of play in the first period, with the crowd going wild each time Grand Rapids found the net. The energy, without question for anyone who attended, matched a college or NHL crowd.

“This send-off, for us to Fill the Rink for him,” coach Paul Huttner said, “You know, one day, he was going to be playing in front of a crowd that big. Or bigger.”