Scott Lucas was days away from meeting his one-year goal. 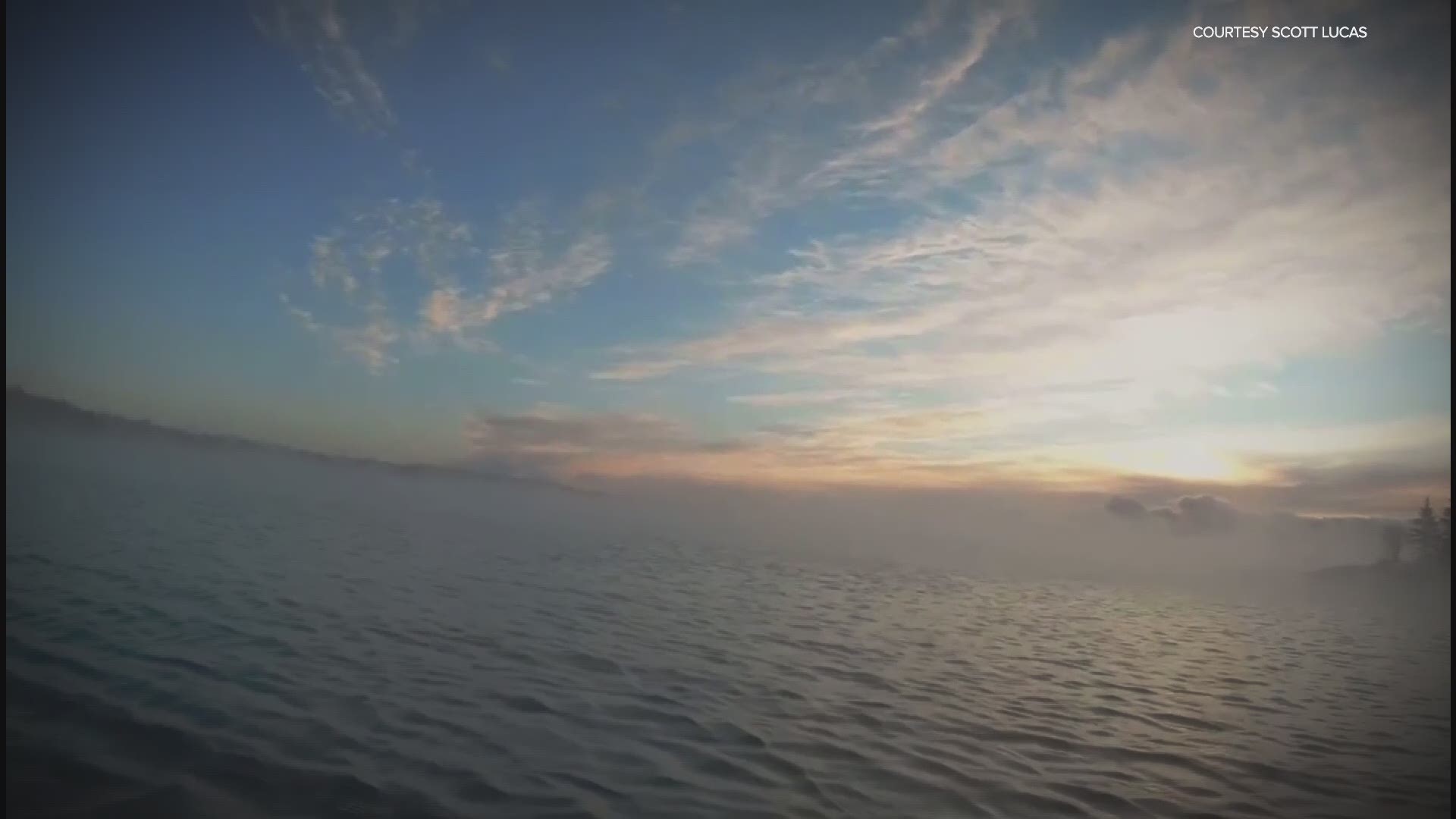 TWO HARBORS, Minn. — He overcame a temperature of 22 below zero, but Scott Lucas may have finally met his match.

The Two Harbors man set a goal March 1, 2020 to swim every day for a year in Lake Superior.

He was on pace until the extended cold snap covered nearly half of Lake Superior with ice, including Burlington Bay - Scott’s swimming hole.

‘I will be disappointed,” Scott says. “But I’ll just have to do it again next year, I guess.”

That said, Scott hasn’t thrown in the towel yet. On Thursday and Friday, he used a sledgehammer to open a hole, from which Scott swam a short distance under the ice. But he’s doubtful the thickening ice will allow that much longer.

“We really are a lot less limited by the environment and the factors around us than we think we are,” the 60-year-old says. “I’ve become a lot more comfortable with my ability to adapt to extremes and not panic and not be afraid of things.”

In recent weeks, Scott began posting his swims on a Lake Superior themed Facebook page where he’s gained a following.

“I lose track of myself, I become part of this greater, bigger, thing and that’s become my meditation every day,” Scott says of his time in the water. “What that lake does and what that experience does is beyond description.”

OTHER NEWS: Equitable learning pod in Minneapolis at risk of closing without funding help