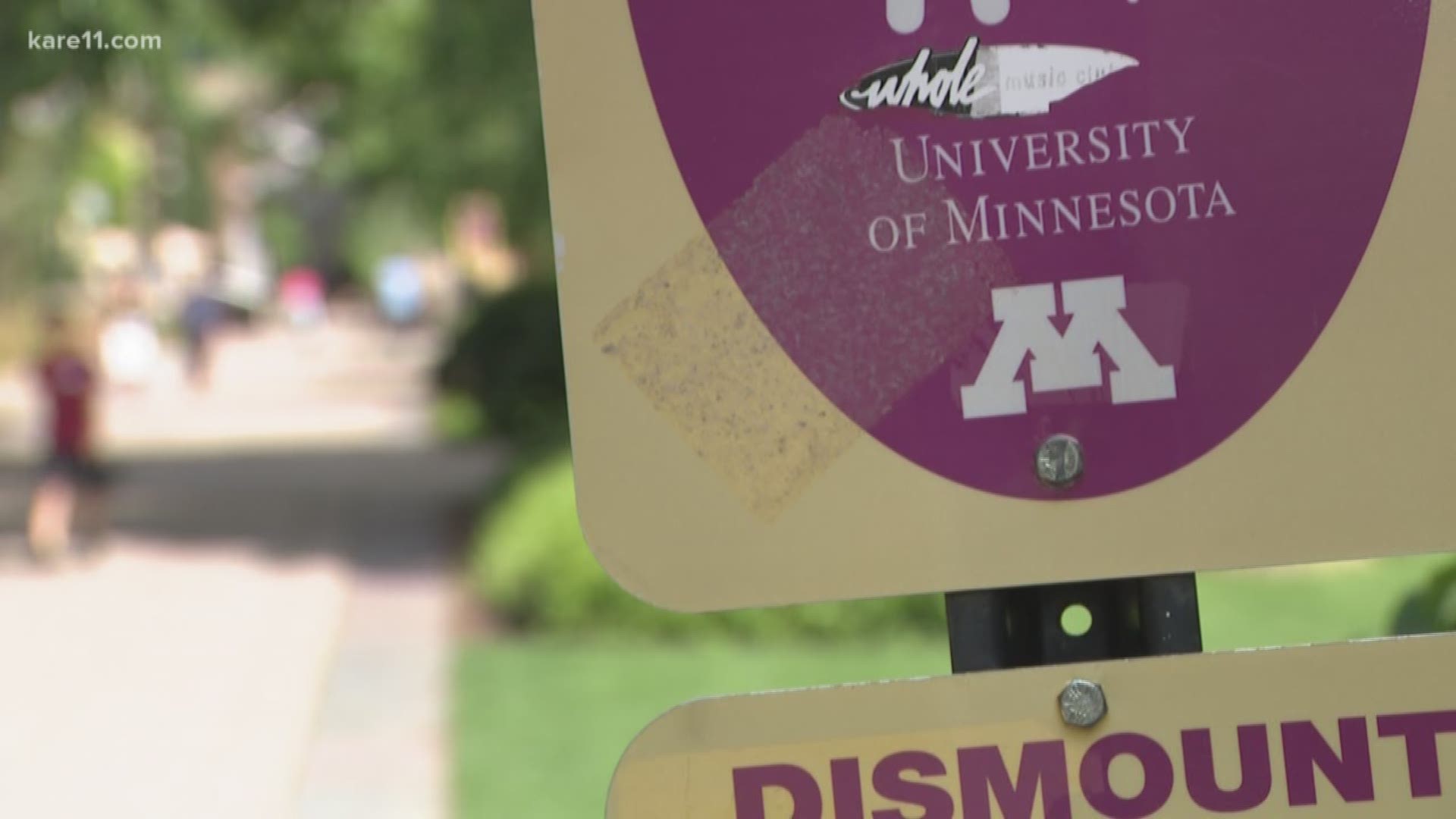 MINNEAPOLIS - Alex Waheed is about halfway there.

After racking up roughly $20,000 in undergraduate loan debt at Whitman College, a private school in Walla Walla, Wash., he's now paid off about $10,000 of that while working and attending graduate school at the University of Minnesota.

But the task of paying back the remaining debt is still as daunting as ever.

"The first thing I'm going to be investing in when I finish school," Waheed said, "is my loans."

So it's not surprising that Waheed and many of his peers are cheering for any proposal that eliminates student debt — like the plan unveiled by presidential candidate Sen. Bernie Sanders on Monday.

With the first primary debates scheduled this week, Sanders is now pushing to cancel debt for 45 million Americans, part of a $2.2 trillion plan that would also make two-year and four-year public colleges and universities free for everyone (it would also boost assistance for the lowest-income students by increasing funding for work-study programs and bolstering Pell Grants that help pay for school-related costs like books).

Sanders' proposal extends beyond even Sen. Elizabeth Warren, whose plan would have an income cap for student loan cancellation. Other candidates have more modest ideas, like Sen. Amy Klobuchar, who proposes free two-year community college and loan refinancing but not total cancellation.

To cover the costs of his $2.2 trillion plan, Sanders wants to implement a tax on Wall Street transactions such as selling stocks or bonds.

Rep. Ilhan Omar of Minnesota, who introduced a debt-cancellation bill in the House of Representatives on Monday, stood beside Sanders as he formally unveiled the proposal.

The plan will surely be met with opposition from Republicans and even moderate Democrats, many of whom may argue it's unfair to people who paid for college without loan debt but now reap no benefits. There is also the question of the Wall Street tax, which fiscal conservatives will likely oppose on the grounds that it could hurt the overall U.S. economy.

Justin Halverson, founder and partner of Great Waters Financial, said student loan debt and rising college costs are absolutely an issue. And he agrees that cancelling student debt could have a positive economic impact by giving younger adults the opportunity to, say, buy a home without the burden of student loans.

However, Halverson does have some concerns about the framework of the plan.

"If this tax hits the big banks, that may push on to their clients," Halverson said, "who ultimately may be investors who now pay more for trading costs or custodial fees."

And he said many of his own clients have saved for years to pay for their kids' college without taking on debt.

"Now everyone else who took their debt gets forgiveness — but they don't get to participate in that," Halverson said, while acknowledging that loan debt is still a major issue nationwide. "We have a problem on our hands here and the rising cost of tuition is a huge part of the problem."