Uber and Lyft are edging out ambulances as people's first choice for a ride to the hospital. 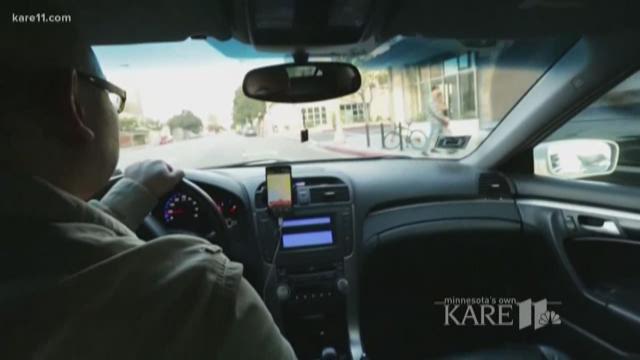 MINNEAPOLIS - If you get hurt and need to go to the hospital, you call an ambulance, right?

Now, more people are picking another option - one that could put themselves and their drivers at risk.

He says he's noticed some sick passengers are choosing to call Lyft or Uber instead of an ambulance.

"Last fall I picked up a gentleman who was in the military who had a back injury and brought him on a Saturday to the emergency room. I wanted to get this guy to help," said Paradis.

And it's not just happening in the Twin Cities. According to a report by Buzzfeed, Uber and Lyft drivers across the country are seeing this trend, too, with passengers suffering from serious illnesses and needing immediate medical attention.

A study in that same report found that after Uber and Lyft entered new markets, the rates of ambulance rides typically went down, as people opted for the cheaper ride.

"When you think about the cost of an ambulance, $600 to $1,000, that's enough to find a good portion of the public in serious debt," said Chris Roberts with the U of M's law school.

“If there is somebody who is suffering grave bodily harm and the driver willingly, knowingly offers them help, there are a set of duties that accrue in which you cannot leave someone in a worse condition than which you found them," said Roberts.

The situation can leave drivers stuck, if they accept the passenger - they could face legal responsibility for them.

Decline the ride, and there's the chance for their rating to go down.

As a driver, Paradis says, he doesn't mind picking up a sick passenger who needs the ER.

"It's just easier, you can have the ride when you want it, you don't have to wait for several people to come into the house. You just walk out, get in and go," said Paradis.

But says he'll call 911 if he feels it's necessary.

Even though Uber and Lyft are not designed to be used as ambulance alternatives, the ride-hailing companies are teaming up with health care providers, allowing doctors to provide rides for patients to get to medical appointments.

On Thursday, Uber announced the launch of Uber Health, where doctors, at a hospital's expense, can order Uber pick-up or drop-off rides.

According to SCI Solutions, missed appointments cost health care providers $150 billion a year with no-show rates as high as 30 percent.

Uber Health has been in testing since July with around 100 physicians and hospitals.