KARE 11 Investigates: Kits tested in less than half of reported rapes

Bill to require testing of all rape kits gains supporters in House and Senate; Governor says he supports it 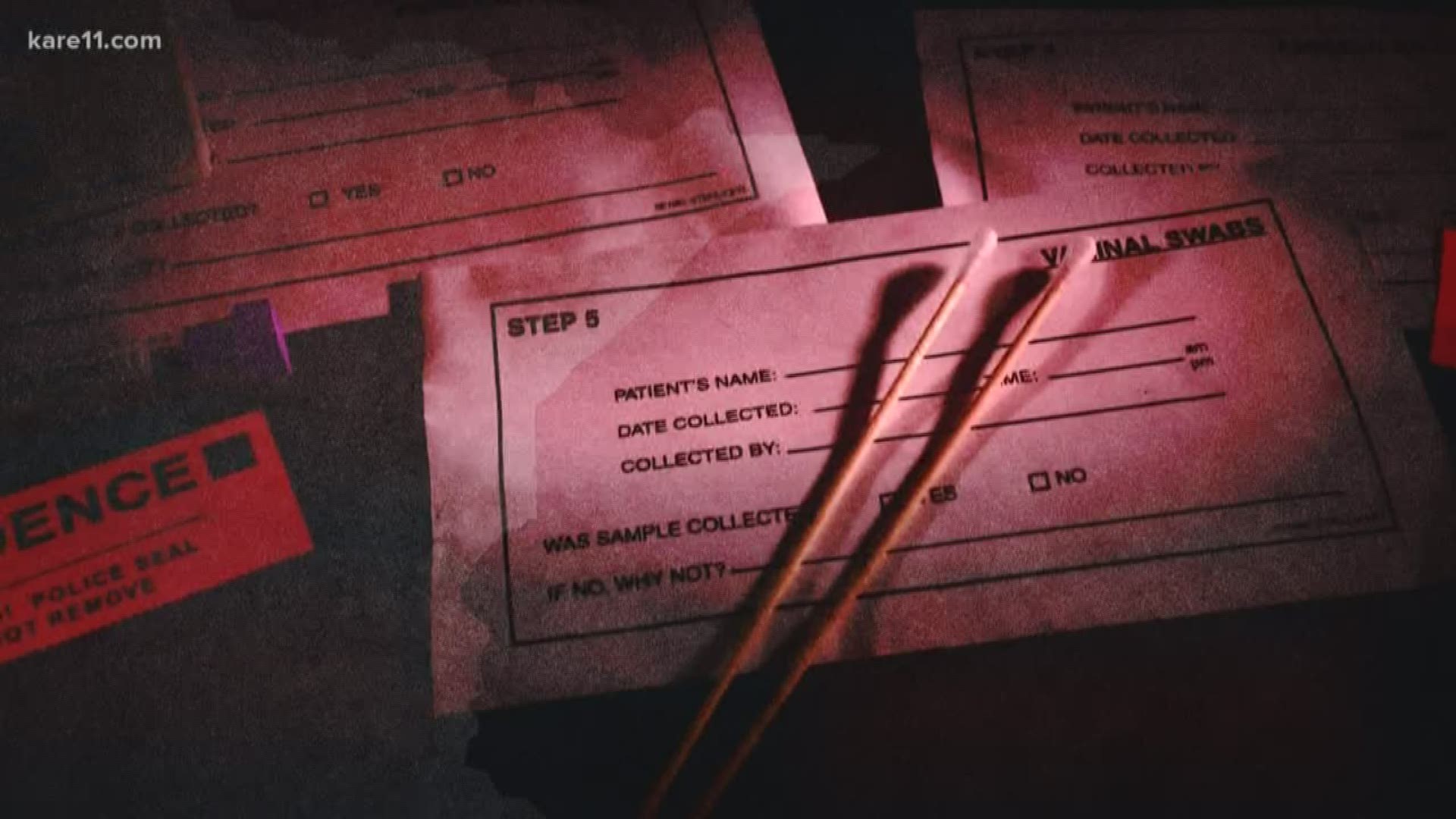 ST PAUL, Minn. — Less than half of all sexual assaults reported in Minnesota result in a tested rape kit, according to the state’s top law enforcement agency.

That information was provided to the state legislature late last week as part of a fiscal note attached to a bill that would require testing of all rape kits in cases reported to police.

If passed, the number of kits tested in a year would more than double from 1,200 to 2,700, according the Bureau of Criminal Apprehension. The BCA estimates it would need 12 more employees and an additional $7.2 million over the next three years to do the testing should the bill pass.

One of the bill’s co-authors, Republican Rep. Marion O’Neill of Maple Lake, said the increased cost is worth it.

“The waiting time is over. We need to have justice right now,” O’Neill said Monday. “We can afford it.”

It’s unclear how many rape kits are actually going untested. Jude Foster, a policy coordinator with the Minnesota Coalition Against Sexual Assault, said there are rape cases where there’s no kit to be tested, such as when a report is significantly delayed.

But she said that doesn’t explain away what the report reveals.

The BCA came up with its estimates by comparing the number of rapes reported in a year – 2,763 in 2019 – with the average number of kits tested, about 1,200. Based on those estimates, 97 percent of all rape cases would come with a kit to test.

The BCA also said that one in five of all tested kits in Minnesota results in a hit to the federal database used to track potential serial offenders.

The “test all” bill was first presented in the Minnesota House early last week and now has nearly 30 sponsors from both sides of the aisle.

A Senate version introduced on Thursday also has bipartisan support, including from Republican Warren Limmer, the head of the Senate Judiciary and Public Safety Finance Committee, whose support would be crucial for it to pass.

The spending would still need the approval of Gov. Tim Walz. His office tells KARE 11 that the governor supports the bill, but they are still working on the numbers.

Since last summer, KARE 11 has uncovered numerous failures with how Minnesota law enforcement handles rape kits, including that the state has potentially thousands of “partially tested” kits, that victims struggle to get find out the results of the testing, and many agencies destroy kits without even testing them.

The bill would solve many of those problems, not only requiring all kits to be tested but creating an online tracking system that would allow victims to look up the status of their kit.

“If we can pass this legislation,” said O’Neill, “and we can fund it at the appropriate levels it will send a very loud message to victims of rape, ‘We hear you, we care and we want justice for you too.’”

If you have a story suggestion, or want to blow the whistle on government fraud, waste, or corruption, email us at:
investigations@kare11.com 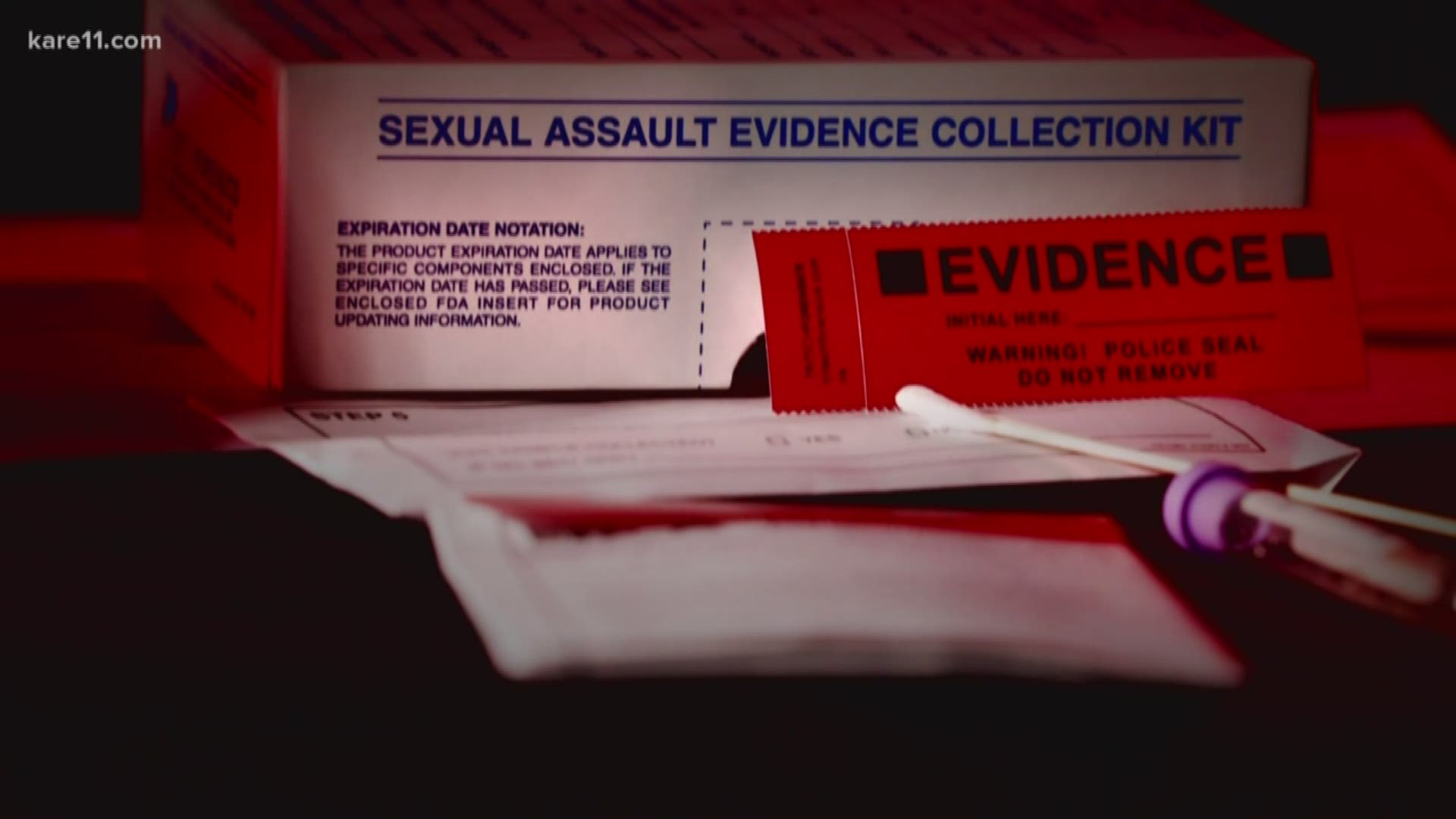