A spokesman for MSP International Airport confirms that the crew of an incoming United Airlines flight alerted authorities Monday night to a possible security issue concerning someone with a gun. 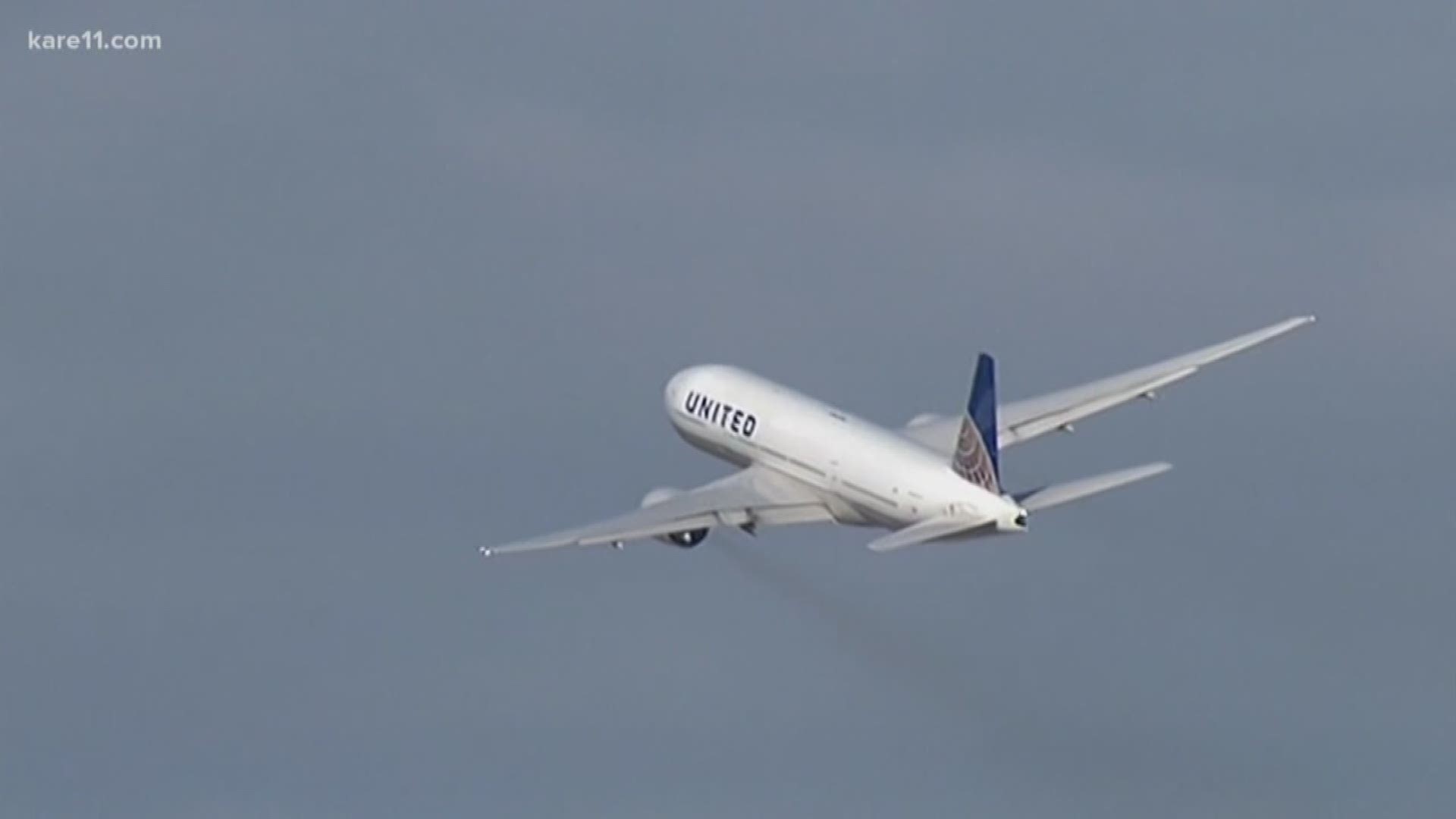 MSP INTERNATIONAL AIRPORT - A spokesperson for United Airlines confirms that they are cooperating with federal investigators after an incident that allegedly occurred Monday night on a flight that landed in the Twin Cities.

According to audio from the website Live ATC, which provides streaming of aircraft communications, United Flight 3531 from Newark reported to the tower that an Air Marshal showed his weapon at a flight attendant without showing his badge. In that recording, captured at the same link around the 6:57 mark, you can hear the flight crew reporting that "the reason we declared an emergency for suspicious reasons is because the air marshal actually showed the flight attendant his gun." The incident triggered posts on social media.

Metropolitan Airports Commission (MAC) spokesman Patrick Hogan confirms that the flight crew did alert authorities on the ground of a potential security issue aboard the flight regarding someone with a gun. Airport Police and FBI agents met the plane at the gate and escorted two men off for questioning.

In a statement, the TSA also confirmed an incident took place and said it would look into the matter.

“A Federal Air Marshal on official business onboard a flight was mistaken for a passenger by a flight attendant. Protocols for notification of law enforcement presence aboard an aircraft are in place to avoid incidents like this. TSA is working with the airline to determine the specific circumstances in this case," the TSA said.

RPA3531 Operating a United Airlines flight from KEWR (Newark) bound to KMSO (Minneapolis Saint Paul International) has safely landed after declaring an emergency after one of the two confirmed Federal Air Marshalls on board displayed his firearm to the flight attendant.

UA 3531 declared an emergency because a Federal Air Marshal demanded the passenger manifest and flashed his gun instead of showing his badge. The crew did not know at the time the guy was an Air Marshal but united ops later confirmed they were truly Air Marshals but still found

Later Tuesday the FBI's Michael Kulstad characterized the incident as a “miscommunication” between the flight crew and Air Marshal, but would not detail exactly what happened. .

While not confirming specifics on what happened aboard flight 3531, the United spokesperson released a statement to KARE Tuesday morning. "The safety and security of our customers and employees is our top priority. We are aware of this incident and are working with investigators."