The Republican-controlled House Public Safety Committee Tuesday blocked a last-ditch effort to revive two gun control bills that were tabled earlier this month. One measures would extend criminal background checks to private transactions, and the other would establish gun violence protection orders, allowing people to petition the courts to temporarily remove weapons from mentally unstable relatives. 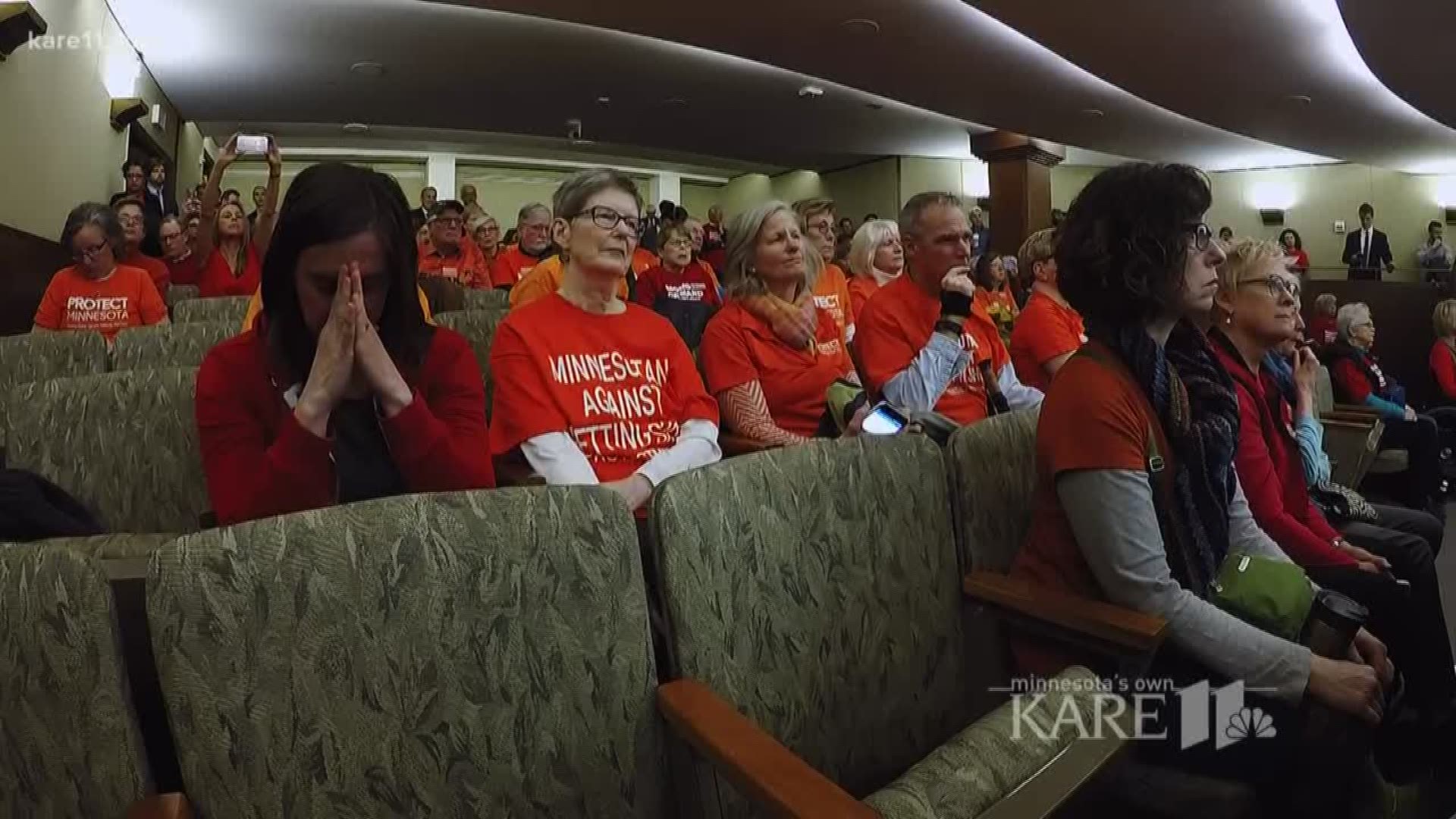 "Today is the very last day the committee can hear this bill and have it referred to other committees, to make the legislative deadline," DFL Rep. Dave Pinto of St. Paul explained to fellow members.

One of the measures would extend criminal background checks to private firearms transactions, and the other would establish "Gun Violence Protection Orders," allowing people to petition the courts to temporarily remove weapons from mentally unstable family members.

The same committee held hearings on the bills March 1, and voted to table them rather than moving them along to the next committee. Pinto's motions, to remove the bills from the table and reopen the debate, were both defeated.

A group of gun control advocates who had shown up in force for the meeting started chanting, "Vote them out! Vote them out!" as they exited the hearing room in the State Office Building, adjacent to the Capitol.

They weren't surprised by the outcome, but knew it was an opportunity to put lawmakers on the spot.

"I think it’s ironic that on a day when we had yet another school shooting, the majority on the Public Safety Committee decided to protect guns and the gun lobby instead of protecting Minnesotans," Rev. Nancy Nord Bence, executive director of Protect Minnesota, told reporters afterwards.

The votes went along party lines for the most part, with Republicans voting against the motion to revive the bills. The one exception was Rep. Keith Franke, a St. Paul Park Republican, who broke ranks to join Democrats on the universal background checks bill.

The committee chair, Rep. Brian Johnson of Cambridge, said he has problems with both bills and doubts they could prevent the kind of mass shooting that occurred in Parkland, Florida on Valentine's Day. He said the suspect in that case passed a background check when he bought his weapons from a licensed dealer.

"He passed the background check. Why did he pass the background check? There’s a number of things that occurred before that, that would’ve disqualified him," Rep. Johnson, a former law enforcement officer, said. "But because the way the policies they had down there failed."

He cited the testimony in a previous hearing from Daniel Ward of the African American Heritage Gun Club, who said background checks on private sales would discriminate against urban residents because it's harder for them to travel to the suburbs to find federally licensed gun dealers.

"We had that gentleman from the gun club who actually called it discriminatory. It makes it very difficult for the people in the inner cities to even obtain a firearm legally."

Republicans have said they were alarmed about the gun violence protection order bills, worried that relatives could exploit the process to retaliate against each other, or, even worse, intentionally leave them open to attack without a means to protect themselves.

Rep. Pinto said the only thing that will change the equation at the Capitol would be public pressure.

Johnson said he doubts Pinto's bill will get another chance this session, but he wouldn't totally rule out any action on gun bills.