'Unicorn’ puppy has tail growing from his forehead

Narwhal is getting a lot of love on social media. 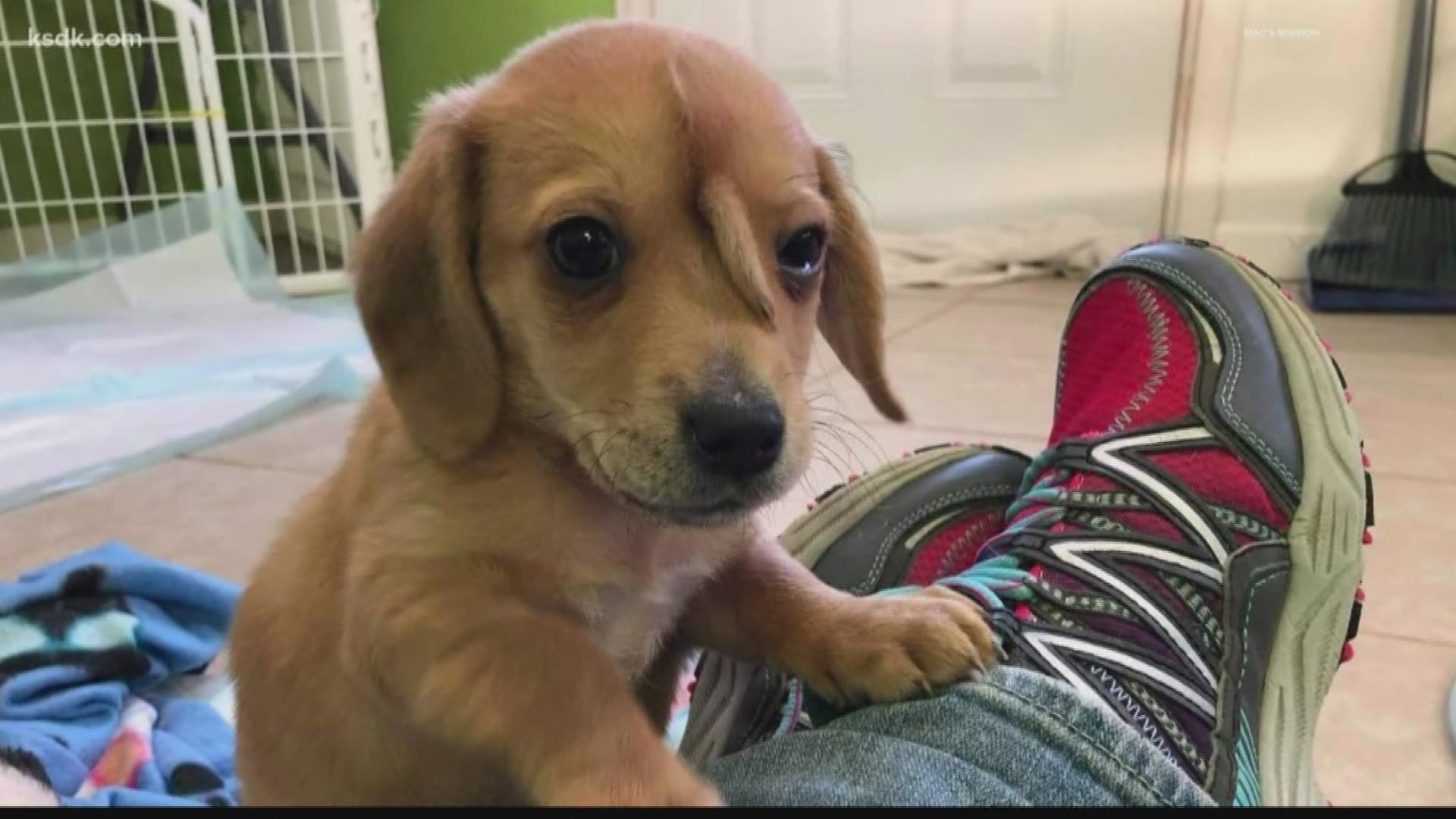 CAPE GIRARDEAU, Mo. — A very special puppy from southeast Missouri is going viral for being a ‘unicorn.’

Narwhal has a tail growing out of the middle of his forehead.

Yes, you read that right.

He was found by Mac's Mission, a Cape Girardeau rescue, earlier this month along with another dog.

Since the rescue posted his picture to social media, the likes, comments and shares started rolling in, in the thousands.

The rescue took him to the veterinarian to get the tail checked out and the vet said there is no reason to remove it.

The rescue said it doesn’t bother him or slow him down. He’s just like any other puppy!

He’s not available for adoption yet. The rescue wants to keep him around so he can grow a bit more and to make sure the tail doesn’t start bothering him.

“He is pretty much the most unique amazing example of what we do here, and we are so thankful to have the chance to be part of his journey,” the rescue said in a Facebook post.

And in case you were wondering, the tail doesn't wag.