Those researchers from UW-Madison say it could be connected to the fatal Wisconsin River Eagle Syndrome. 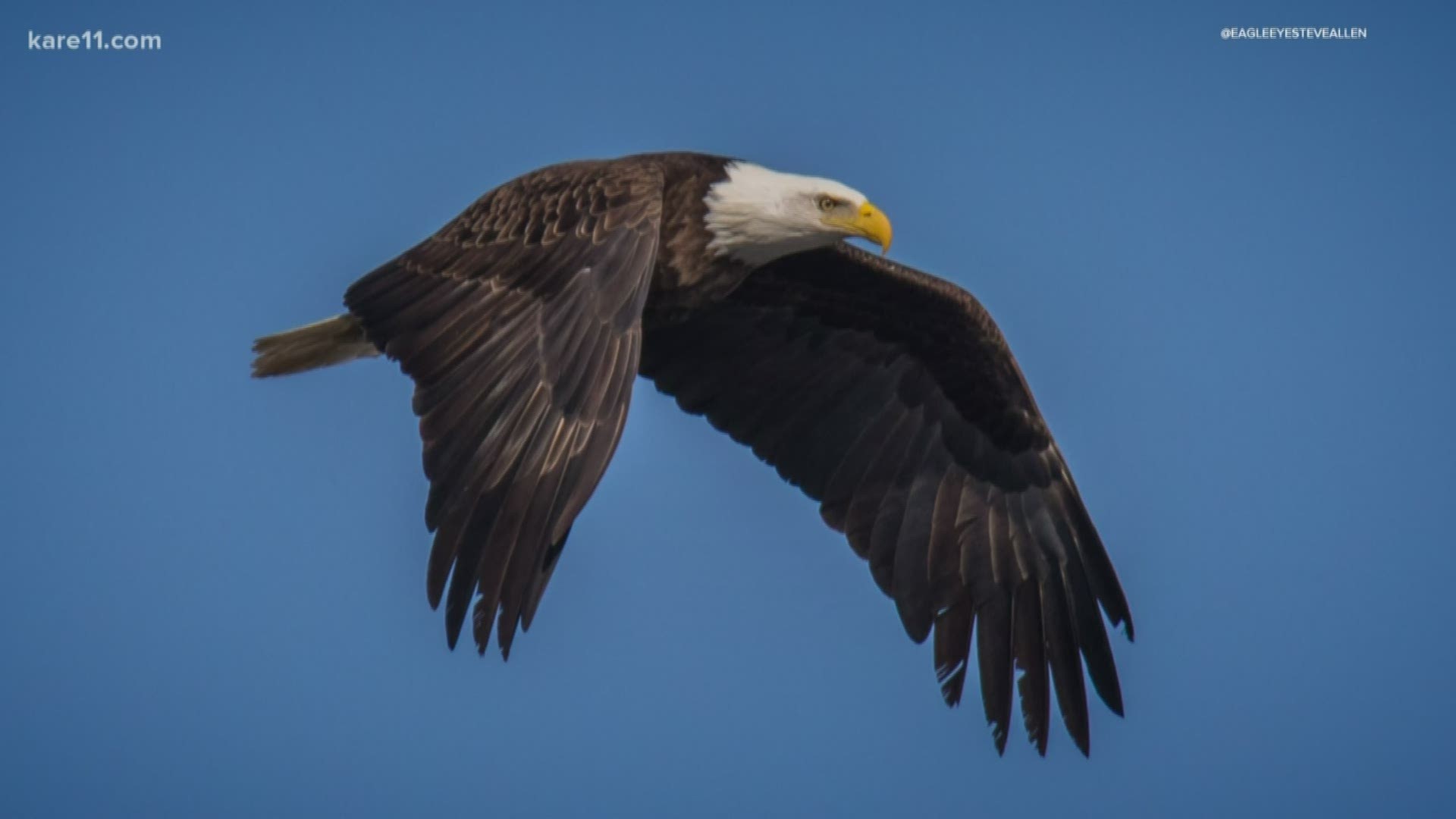 EAGAN, Minn. —
It's hard to find someone who appreciates bald eagles more than photographer Steve Allen in Eagan.

"You can just sit and watch them all day," said Allen.

Recently, he came across a new study highlighting a new virus affecting his favorite bird, which was removed from the endangered species list in 2007.

"I think it's more of a note of warning," said Tony Goldberg.

He is the lead author for the study that shows nearly a third of bald eagles across the country are infected with Bald Eagle Hepacivirus.

He says this new virus could be connected to a separate fatal disease that's been impacting bald eagles for years—Wisconsin River Eagle Syndrome, which causes eagles to have seizures and to vomit.

However, Goldberg says he found eagles from other states with the new virus without those symptoms.

"This virus is associated with places where the syndrome occurs, but it's not a perfect association," said Goldberg.

Both the virus and the syndrome are not endangering the bald eagle at this time.

"We want to keep track of it, we want to know what its impacts are, if any, and what other infections might be out there," said Goldberg.

Eagle watchers like Steve hope researchers are able to solve this.

"Hopefully they figure it out and it doesn't affect them," said Allen.