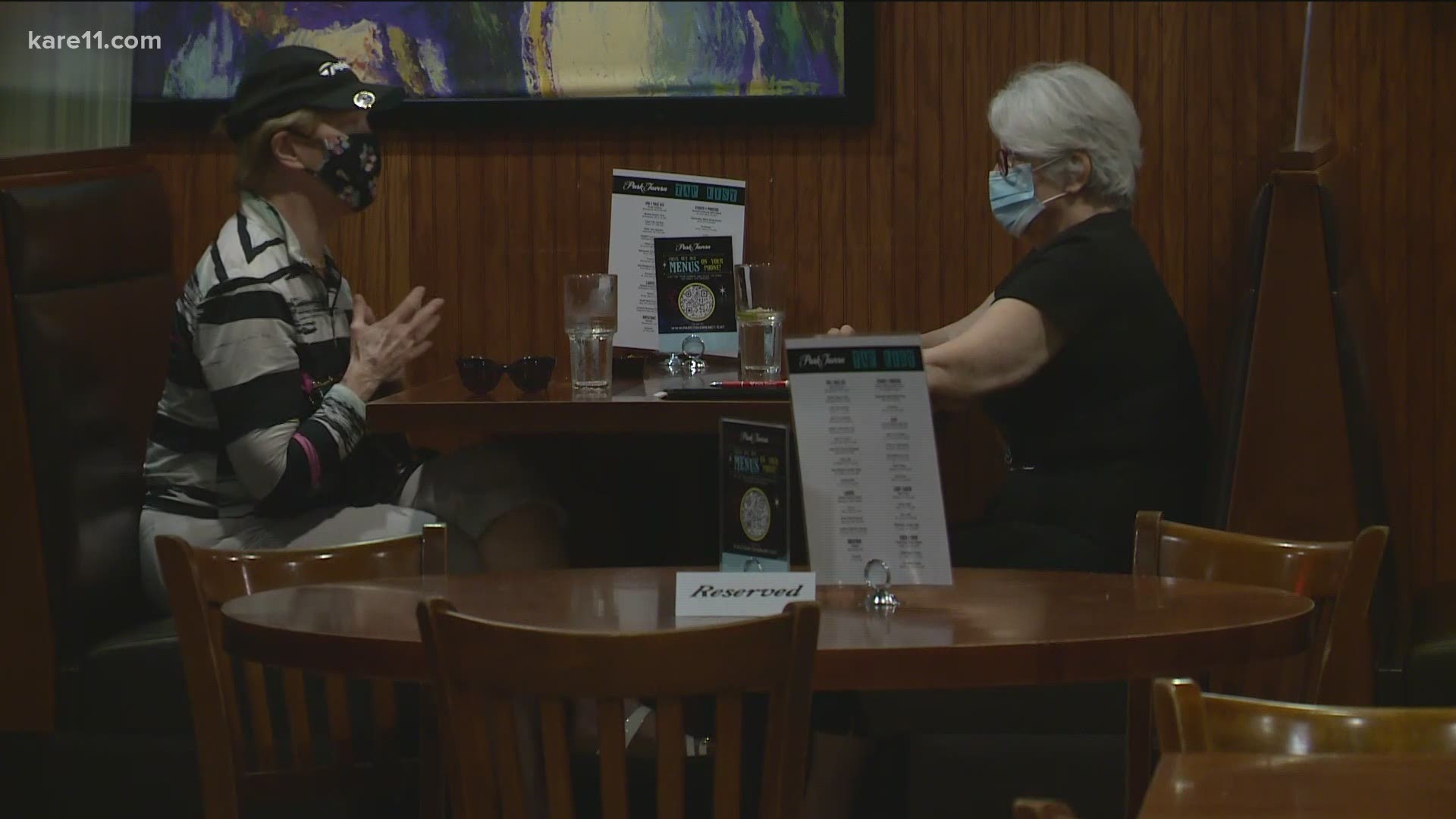 The lights are off outside the legendary Jax Café in North Minneapolis, as restaurants and bars across Minnesota were forced to dial back after Gov Tim Walz announced a pause on indoor dining back in November.

"It was devastating to find out that we were going to be closed again and have to cancel all of the holiday parties for the busiest time of the year," says owner, Bill Kolzak.

According to Gov. Tim Walz’s office, he is expected to announce loosened restrictions on indoor dining Wednesday afternoon, citing improved COVID-19 numbers around the holidays.

But getting back to business as usual, for many, is easier said than done. "As you can imagine it’s not so easy as just flipping a switch and you're open again," says Phil Weber, owner of The Park Tavern and Entertainment Center in St. Louis Park. "I may have some employee’s that have gone south, they have been off for so long they may have taken other jobs," says Kolzak.

The Park Tavern and Entertainment Center in St. Louis Park has been in Phil Weber’s family for four decades. “I think most people at one time in their life have wandered through the Park Tavern because we’ve been here so long," says Weber.

While he's eagerly anticipating reopening for indoor operations, he says it can potentially come with a few challenges. "There's going to be a shortage of food, a shortage of delivery time, it's going to be a nightmare," says Weber.
"The whole state can't order from a few liquor suppliers, food, linen suppliers and expect them to deliver to everybody," says Kolzak.

﻿"As the numbers in Minnesota have been trending very favorably for a dial turn to the right, we are anxiously awaiting the Governor's announcement tomorrow at 2pm for indoor dining and service. We are hoping that the Governor recognizes how seriously our bars and restaurants are taking the pandemic and keeping our customers and staff members safe is a top priority. We are and have been ready to open our doors.

No additional details were provided about how the restrictions will be loosened.