The mall's management company has an idea for the former Herberger's space. It includes 425 apartments. 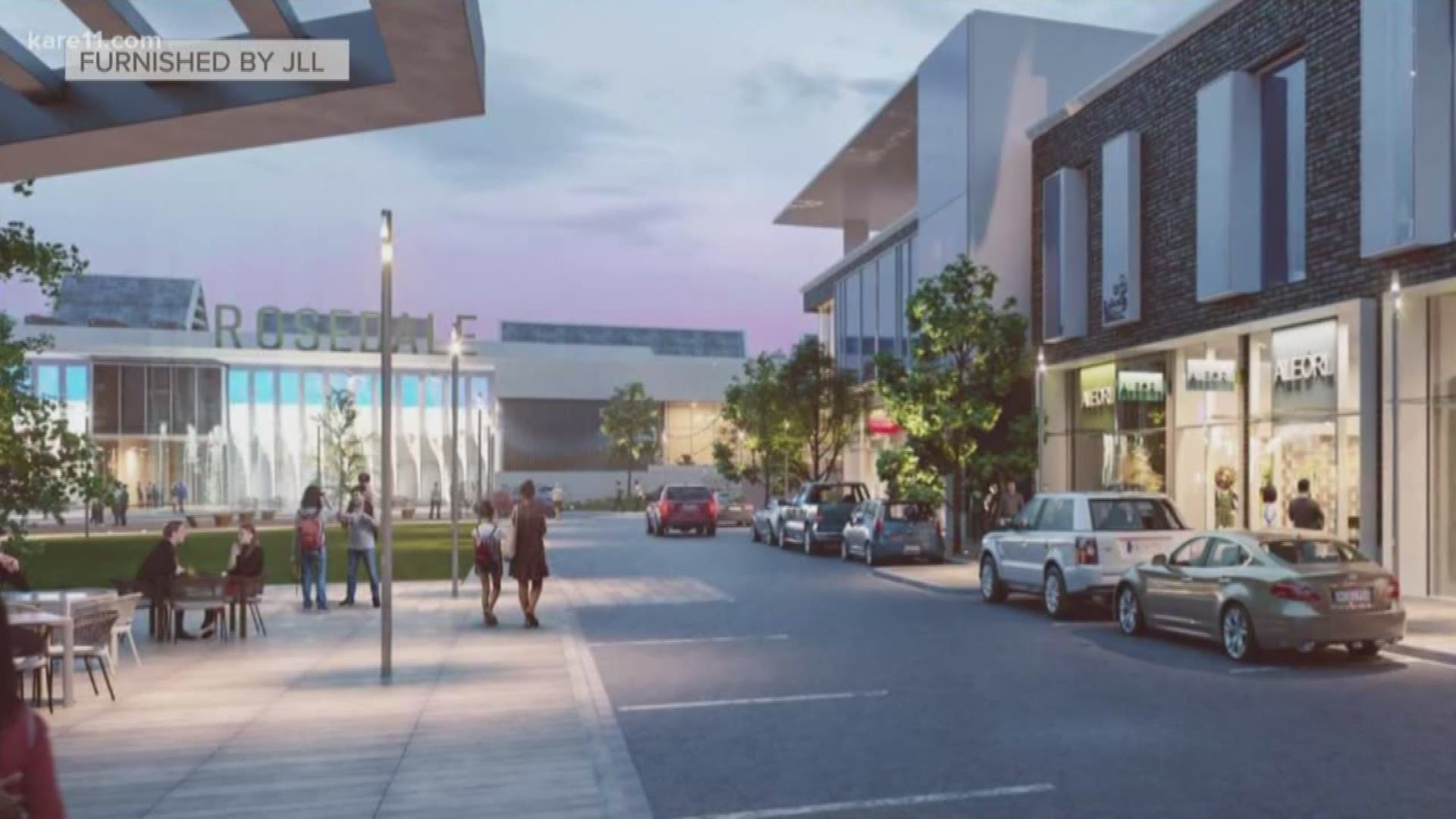 You could be one if an idea floated by Rosedale Center's management company comes to fruition.

In an online brochure, Jones Lang LaSalle advertises a concept called "The Village." It's an idea that would transform the former Herberger's store into 425 luxury apartments, a hotel, grocery store, outdoor space, and other entertainment and retail spaces.

"I think you're seeing this across the country, the trend of bringing residential to shopping centers," said Lisa Crain, Rosedale Center's general manager.

Crain said the idea is preliminary and couldn't give any other details about the possible project.

She did, however, stress the need for malls to be creative in attracting more customers.

"I think with the evolution of the internet, I think, you know, we have to live in harmony," she said of e-commerce and brick-and-mortar malls.

University of Minnesota marketing professor, George John, says along with changing shopping habits, malls really took a hit with the recession. The economy got better, but he says shoppers' habits kept changing.

"The real estate folks have gotten creative," he said, "They've started taking out the big [anchor stores], which haven't been doing well financially, and placing in more small stores, more variety, replacing them with experiential things like restaurants, cinemas and what not. And now the latest is the idea that we can put condos and apartments in the upper levels [of a mall]."

It's an idea that the city has already anticipated. Roseville mayor Dan Roe says a few years ago the city re-zoned some of their retail areas, including Rosedale, for multi-family housing.

"We saw that that might be something that would make a good mix, going forward," he said, "I think it is creative and I think it's important that malls and other retail establishments think about how they evolve."

Crain says they don't know for sure when they'll commit to an idea for the empty Herberger's space, but they hope it happens within the next year.