The couple plans to launch the mobile shower later this week providing free showers for those throughout the St. Cloud area. 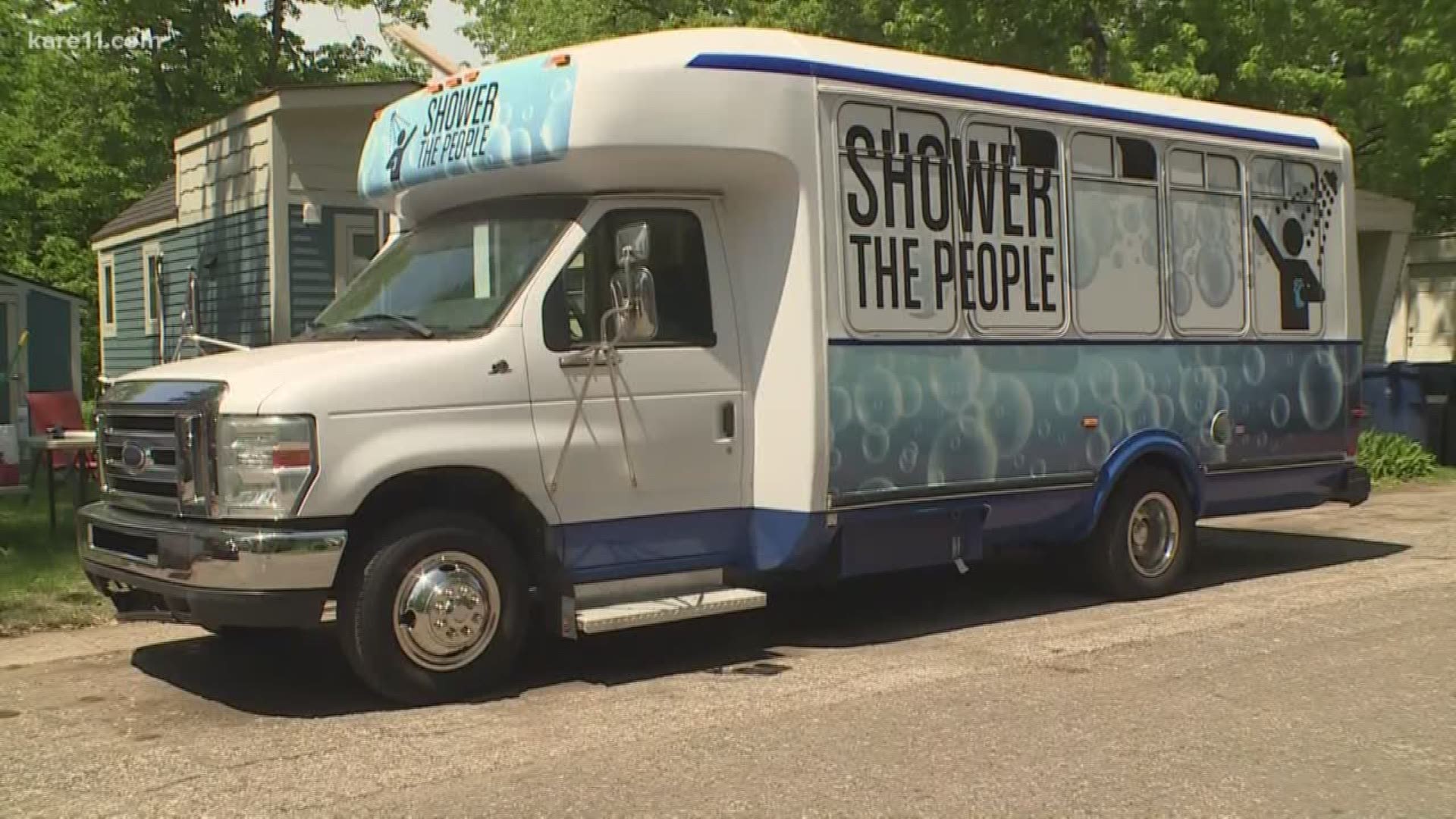 At Kipps Laundry in St. Cloud, there's nothing like clean clothes.

"Yeah definitely," said Nybur Harris of Waite Park. "Had to get it done."

Even better? Everyone at Kipps got it done for free Tuesday.

On the 1st, 3rd, and sometimes 5th Tuesday of every month for a few hours, those in need are able to stop and do their laundry for free.

"Expanded from just people experiencing homelessness to people who are living on the margins so we have a lot of people who are housed who come," said Nancy Dyson, President of the nonprofit Neighbors to Friends.

She realized a need after finding people washing clothes in fountains at Lake George in St. Cloud.

Through donations she's able to make this happen.

A recent study by Wilder Foundation showed the number of homeless in Central Minnesota jumped 20 percent from the last count several years ago.

Partnering with her husband Jason. They bought a bus and built a shower inside to park and provide free showers.

Jason understands the need as he was homeless years ago.

"I know what it's like to be on the street. I know the ins and outs of what you need to get a shower," said Jason.

Both Jason and Nancy know a free load of laundry or shower won't solve this issue completely, but it can make someone's day
a little bit easier.

"Personally doing it because I was there. I know how bad it sucks and I now have the ability to do something about it," said Jason.

The bus will officially launch later this week. Jason and Nancy say they plan to make their first stop at Lake George. Other stops will be throughout the St. Cloud area and the I-94 corridor to Maple Grove.