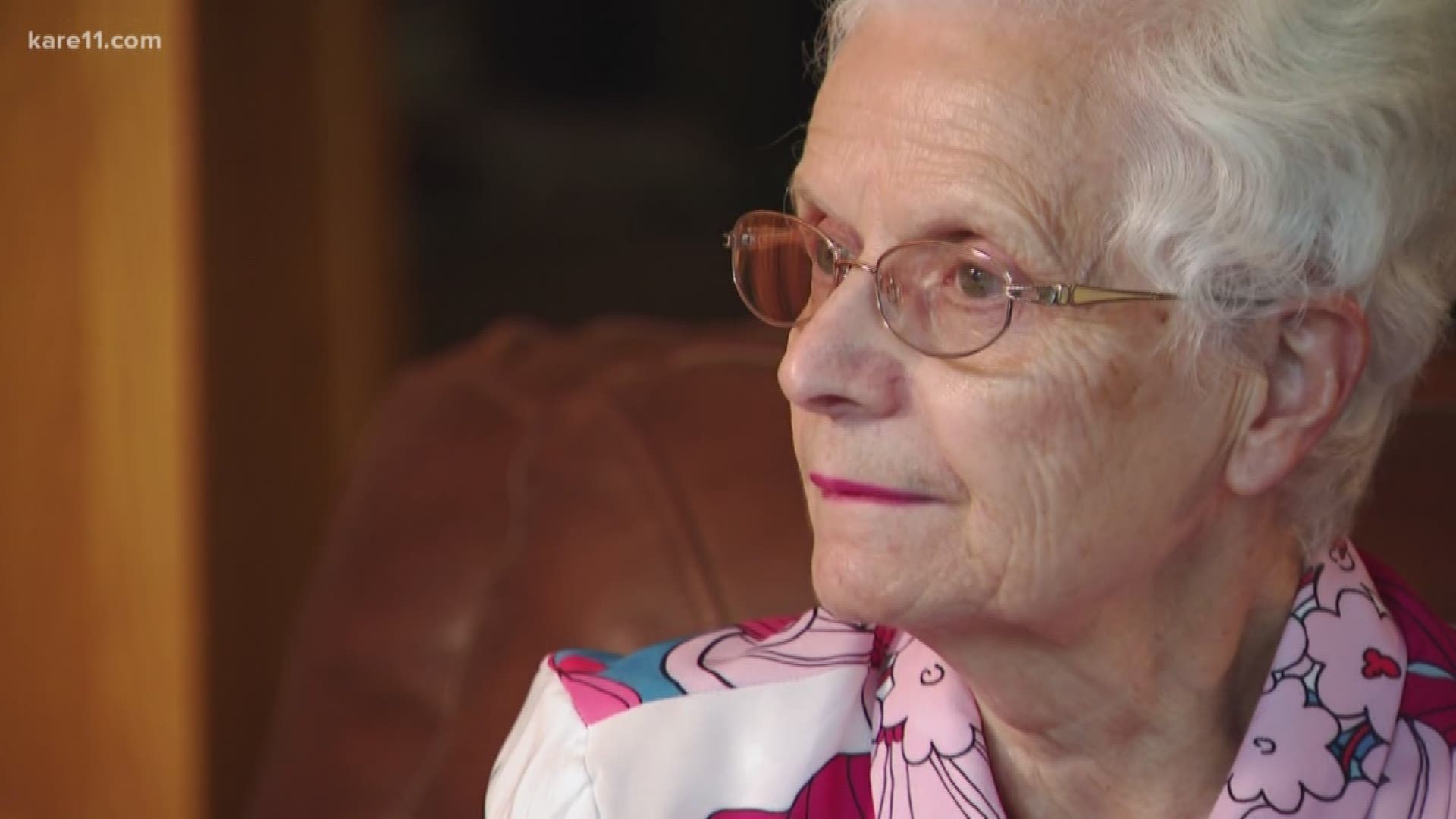 ST. AUGUSTA, Minn. – The scammers called when Kitty Hansen was at her most vulnerable, two days after the death of her husband.

“It was my life savings,” Hansen said Monday, from her daughter’s Minnesota home.

The Wahpeton, North Dakota woman put aside her embarrassment to share her story. She hopes others will learn from her mistakes.

Hansen’s family believes her name was plucked from her husband’s online obituary.

Kitty Hansen's family believes her name was plucked from her late husband's online obituary for the scam. (Photo: KARE 11)

“I got this call from a guy, he said he was from Publishers Clearing House. I’d won $2.6 million,” Hansen recounted. “I wasn’t thinking right, I just lost my husband.”

The scammer told Hansen she’d receive her prize after paying the taxes.

He insisted on cash.

Hansen withdrew $14,000 from her bank, a Wells Fargo branch in Wahpeton.

The scammers weren’t done. Over the next few weeks, they convinced Hansen to ship by UPS seven boxes of cash.

“Most of it went to different addresses in Florida,” she says. “A hundred-thousand is what I got taken for.”

Renee Anderson is Hansen’s daughter. “I think it's a very targeted, successful scam,” she said. “I called her every day and she didn't disclose this because they intimidated her.”

Not only was Hansen told by her scammers not to disclose their conversations, she was warned her house would be taken by the IRS if she didn’t make the so-called tax payments.

Anderson says, “They also coached her on what to say, because the bank tried several times to help her.”

On one occasion Hansen was told by the scammers to tell the bank she needed the cash for a new car. They also instructed her to say she needed money to remodel her home and help pay for a grandchild’s wedding.

Neither Hansen nor her daughter blames the bank.

“They said, 'We can’t call you even though we knew of the fraud, because of privacy laws,'” Anderson said. “Maybe that’s something that needs to be changed.”

Anderson regrets not having her name on her parents’ account, which would have allowed the bank to call her when it suspected fraud.

Once Anderson’s Wells Fargo account was drained, the scammers convinced her to apply for a $60,000 home equity loan to keep the payments coming. The bank denied it.

However, the scammers successfully convinced Hansen to take a $6,000 cash advance on her credit card, which she now must pay back.

“She would never have spent money like that, they’re preying on her when she’s not even thinking straight,” Anderson said. “There’s got to be kind of a special place in hell for these kind of people.”

The scam was up, but the damage was done.

Anderson says her mother’s experience offers several lessons. Children of elderly parents, should make sure they are listed on their accounts, she says.

And most all, “Do not send cash, ever, to anyone,” Anderson said.

A GoFundMe page has been established to help Kitty Hansen.

The office of the Minnesota Attorney General offers these tips for avoiding sweepstakes scams.