Local company Safe Schools Safe Kids, an offshoot of the Aaron Carlson Corporation, is hoping to win over a few schools with its new security doors. 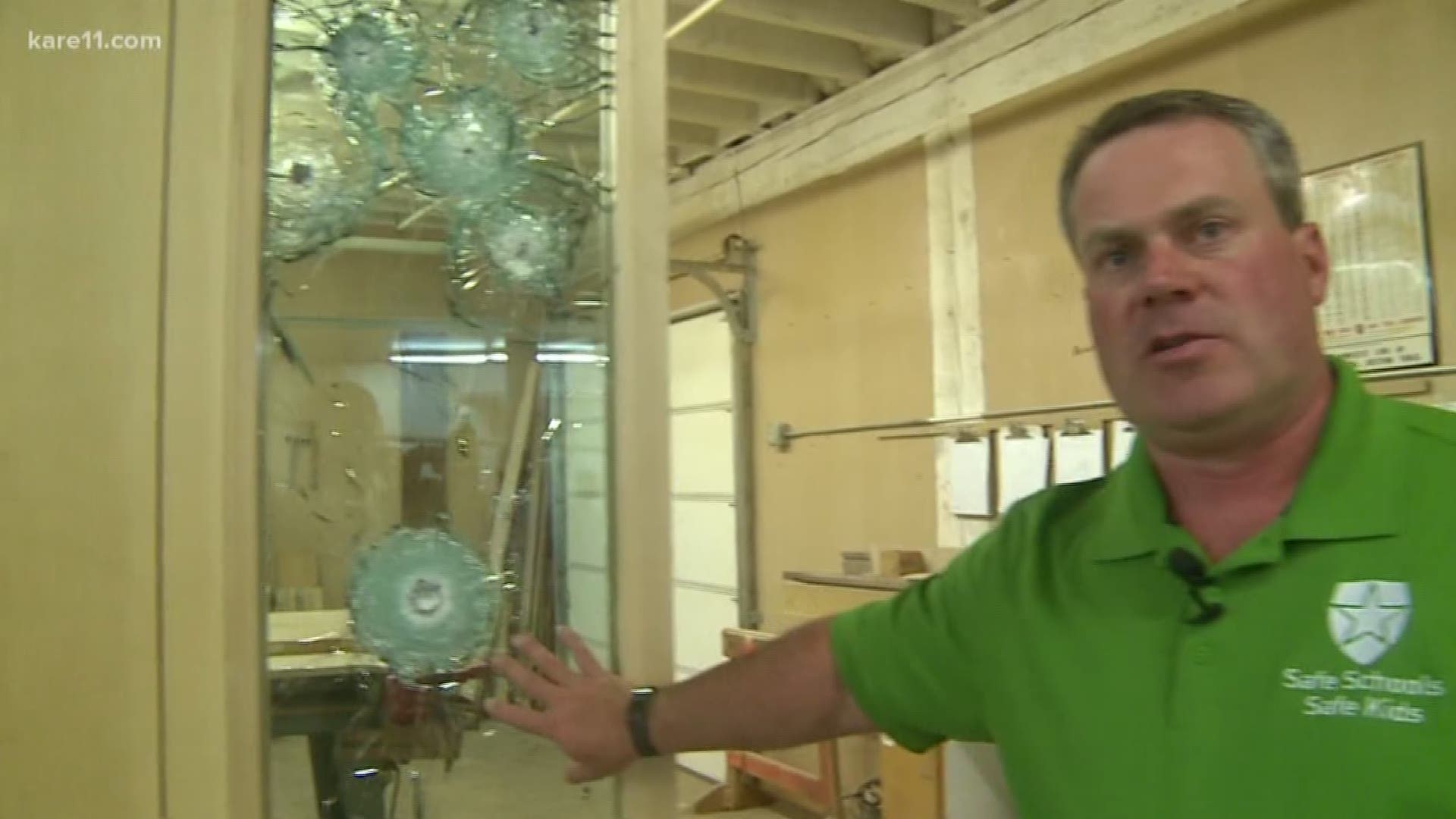 MINNEAPOLIS -- We're still about a month away from the start of school for most communities, but some districts are already thinking about safety improvements.

This year the Minnesota legislature set aside $25 million for school security upgrades.

The Minnesota Department of Education will announce the recipients of this grant money on September 28th.

Local company Safe Schools Safe Kids, an offshoot of the Aaron Carlson Corporation, is hoping to win over a few schools with its new security doors.

“If we could just stop the shooters at the front door we would eliminate a lot of potential attacks,” company president Jason Horner says.

The company’s new line of doors features a ballistic core that can stop bullets.

“This door will stop assault-style rifles,” Horner says while pointing to one of their doors.

The doors also feature bullet-resistant frames, glass and hinges that prevent attackers from shooting their way into the school.

“Our intent with all of our products is to slow that attacker down,” Horner explains.

The doors are made locally at the Anderson Carlson Corporation building in northeast Minneapolis.

The company is in contact with numerous school districts in Minnesota, and others across the country that are interested in these new doors.

The doors are just one of several safety innovations that have hit the marketplace in recent months.