The Supreme Court ruled that police generally need a search warrant if they want to track criminal suspects' movements by collecting information about where they've used their cellphones. 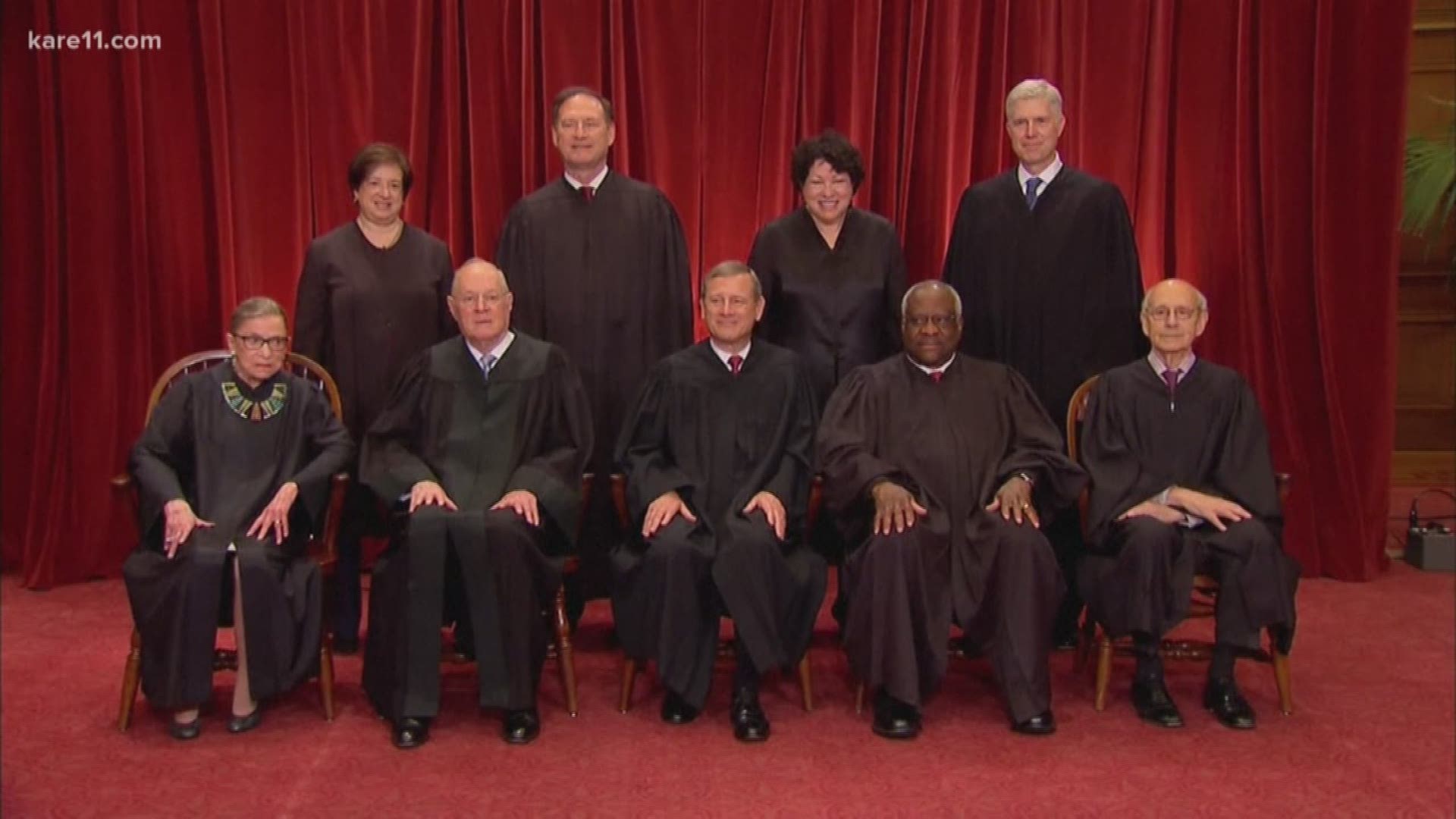 The Supreme Court ruled Friday that the government cannot monitor people's movements for weeks or months by tracking the location of their mobile phones without a warrant.

In a ruling that could have broad implications for privacy rights in the digital age, justices on both sides of the ideological spectrum said rapid advances in technology make decades-old rules on data privacy inadequate.

It was another in a series of digital privacy verdicts issued by the high court, following rulings in recent years that police cannot use GPS equipment to track vehicles or search cellphones without a warrant.

Chief Justice John Roberts wrote the opinion and was joined by the court's four liberal justices. He stressed that it was a narrow decision that does not question conventional surveillance techniques and tools, such as security cameras. The court's other conservative justices dissented.

"While individuals regularly leave their vehicles, they compulsively carry cell phones with them all the time," he said. "A cell phone faithfully follows its owner beyond public thoroughfares and into private residences, doctor’s offices, political headquarters, and other potentially revealing locales."

The court's other conservative justices vehemently disagreed, writing four times as much in their various dissents than Roberts did for the court's majority.

Justice Anthony Kennedy said the government's search of cellphone location records was permissible because they were held by the service provider, not the individual, and helped police crack a string of burglaries.

Privacy advocates applauded the decision, as sending a clear signal that people don't give up their protections against unreasonable searches merely by carrying cell phones.

"The Supreme Court’s clear declaration that the mere fact we share something with another third party, whether it’s a company or another private person, doesn't mean that we lose all privacy or secrecy interest in that information," Mahesha Subbaraman, a Minneapolis appellate litigator, told KARE.

Subbaraman filed a friend of the court brief in the Carpenter case, on behalf of Restore the Fourth, Inc. is a national, non-partisan civil liberties group that focuses on enforcement of the Fourth Amendment.

"These phones tell a lot about who we are, and before we’re going to give police unfettered access to that information, we want to make sure they have a reason for it, and that they prove that reason to a judge."

Justice Samuel Alito called it a "revolutionary" ruling that could stymie investigations of terrorism, political corruption, white-collar crime and other offenses. He warned that it "guarantees a blizzard of litigation while threatening many legitimate and valuable investigative practices upon which law enforcement has rightfully come to rely."

The latest case grew out of a series of armed robberies in Michigan and Ohio in 2010 and 2011. To prosecute its case against Timothy Carpenter, the government obtained cellphone records that revealed his approximate location over 127 days, placing him in proximity to the crimes.

The records were obtained under the Stored Communications Act of 1986, which allows phone companies to turn over records if the government has reasonable grounds to believe they will help a criminal investigation. A search warrant requires a tougher standard.

Lower courts upheld the search of cell tower records under the "third-party doctrine," used in earlier Supreme Court cases to uphold government access to suspects' bank records and phone numbers called from landlines. Consumers should know that wireless carriers can track them, the theory goes, so their locations are not private.

But the court ruled that cellphone location data is different from earlier examples of records shared with third parties. When the court decided an earlier case on that basis in 1979, Roberts said, "few could have imagined a society in which a phone goes wherever its owner goes, conveying to the wireless carrier not just dialed digits, but a detailed and comprehensive record of the person’s movements."

Furthermore, he said, the threat to privacy extends beyond criminal suspects to the 400 million devices in the United States. "This newfound tracking capacity runs against everyone," Roberts warned.

In 2016, police made some 125,000 requests for cellphone location data from Verizon and AT&T alone, often involving several suspects over periods of months. Courts routinely grant those requests under the 1986 law.

But privacy groups warned that extending the theory to cellphone location data could be a slippery slope leading to exposure of email and text messages, social media communications, Internet browsing histories and the so-called "Internet of Things," from Siri to Fitbits.

"Today’s decision rightly recognizes the need to protect the highly sensitive location data from our cell phones, but it also provides a path forward for safeguarding other sensitive digital information in future cases — from our emails, smart home appliances, and technology that is yet to be invented,” said American Civil Liberties Union attorney Nathan Wessler, who argued Carpenter's case at the court in November.

Major technology companies had submitted briefs on Carpenter's side, including Google, Facebook, Apple, Verizon, Twitter, Cisco and Microsoft. They urged the court to reconcile Fourth Amendment protections with "the changing realities of the digital era."

Since 2001, the court has leaned toward protecting privacy from modern technology. That year, it ruled 5-4 that police needed a search warrant to use a thermal imaging device outside a private home to detect the heat required to grow marijuana inside.

Roberts referred to that case a decade later in identifying the clash between privacy and technology as "the real challenge for the next 50 years."

"What does the Fourth Amendment mean when you can, through technology, literally see through walls with heat imaging?" he said.