A Supreme Court ruling has major implications for sales taxes and the price of online shopping. 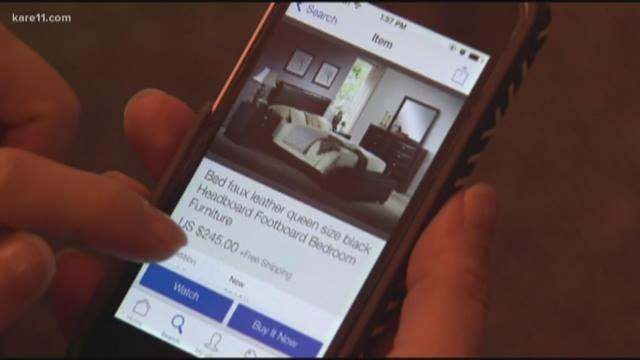 By upholding South Dakota's right to collect sales tax revenue from online retailers without a physical presence in their state, the justices handed a significant victory to brick-and-mortar stores but at the same time made it a bit more expensive to shop online.

The ruling, which overturned two decades worth of precedent, gives states wide latitude to implement their own rules about collection. Since Minnesota already passed a law in anticipation of the court's decision, you'll soon have to pay state and local taxes when you buy from a third-party website such as Ebay or Amazon Marketplace.

In Minnesota, you'll be subjected to an additional seven or eight percent fee on those purchases, depending on the county or city in which you live. The money will flow straight to the local or state governments; Minnesota alone could net between $132 million and $206 million in revenue annually, according to a U.S. Government Accountability Office report that analyzed 2017 figures.

Despite the hit to your wallet, Minnesota Retailers Association President Bruce Nustad said the Supreme Court's ruling will help local businesses compete with third-party sellers, who previously could steal away customers by offering the same products at a lower price without sales tax.

"It is a big day, especially for Main Street retailers, community retailers," Nustad said. "If there is a seven or almost eight percent difference in price in a product at 'XYZ' store, or 'ABC' online, that does make a difference. We're smart consumers. So this will level the playing field."

Many would be surprised to learn that a "use" tax is already technically required on all out-of-state online purchases. It's rarely enforced on individual purchases, however, according to Grant Thornton sales tax expert and University of Minnesota adjunct professor Dale Busacker.

"The vast majority of people are not paying that," Busacker said. "And that's what has frustrated the state for years."

Now, the online retailers will be required to collect the sales taxes directly.

Two things to know about this ruling: 1) You will have to start paying sales tax if you buy online from third parties and 2) This could net the state of Minnesota an estimated $132 million to $206 million in sales tax revenue, according to the GAO https://t.co/82ErCj8mEC

Corporate giants like Minnesota-based Target and Best Buy are also rejoicing, alongside the local business community.

"For years, they've been complaining that people will come into their store, look at items, sample it, test it," Busacker said, "and then go home and buy it on the Internet."

Perhaps not anymore, now that it won't be cheaper.

The new rules will complicate matters for sellers in Minnesota, but the state Department of Revenue said it would issue more guidance on the matter in 30 days. The department will be analyzing the court's decision but was "pleased" with the ruling, according to a statement.

One potential problem: Some local stores have expanded into the realm of online shipping, and they'll now have to figure out how to navigate their customers' local and state tax codes in 50 different states.

Nustad urged those businesses to research technology that can help aid them in that process.

"E-commerce has shown us over the last 10 years, most of those issues are, by and large, solved. Technology has come to aid of retailers," he said.