Last month, Sen. Klobuchar sent a letter to the CEO's of Twitter, Google, You Tube and Facebook, asking them to regulate the spread of misinformation. 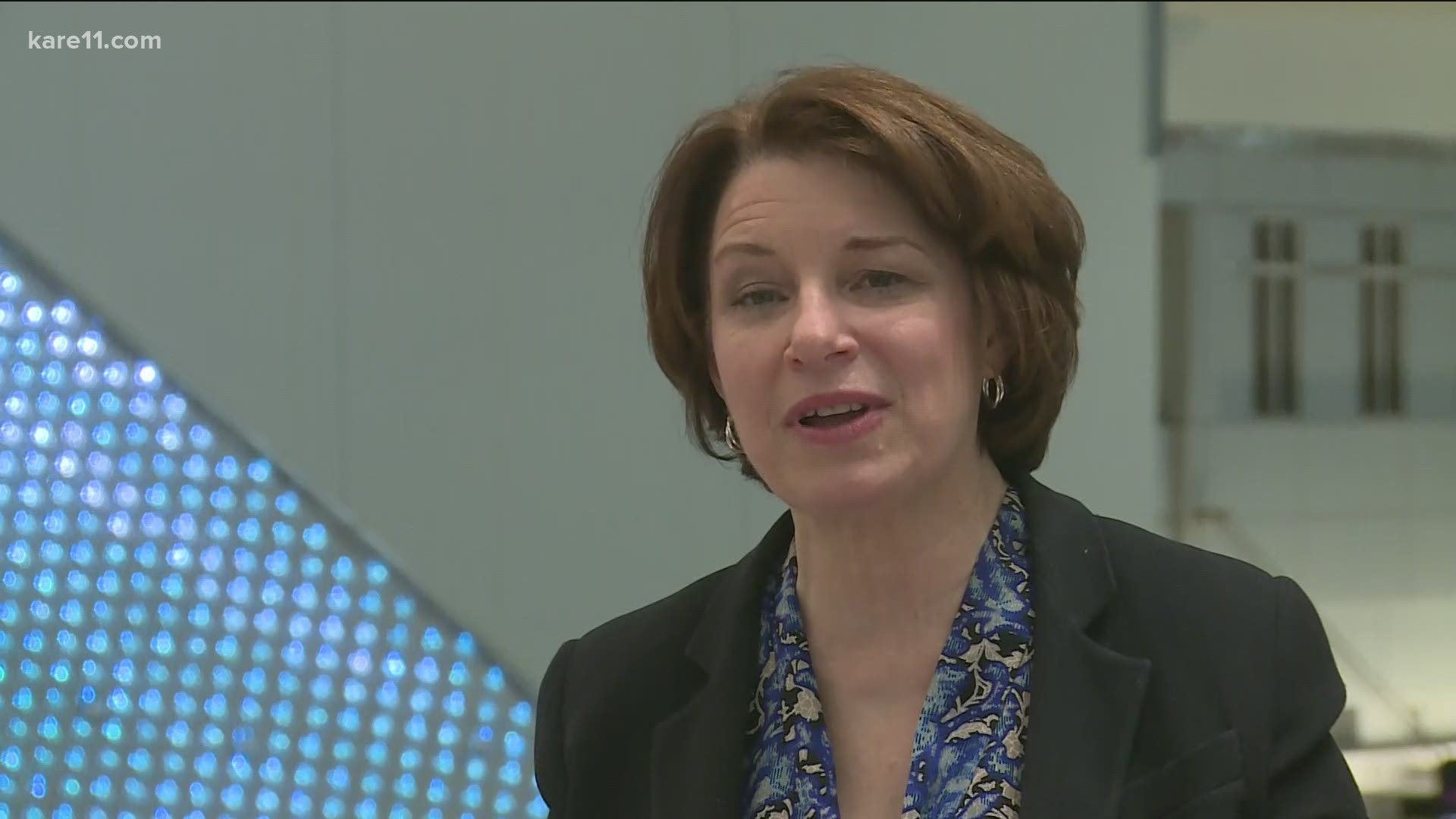 MINNEAPOLIS — "I keep urging Minnesotan's to see the light at the end of the tunnel,” said Sen. Amy Klobuchar during a press conference Sunday at Minneapolis-St. Paul International Airport.

Sen. Klobuchar was joined by officials at Allina Health to highlight the need to combat misinformation surrounding the COVID-19 vaccine.

“If you start to talk to people, you will hear some of this stuff they’ve been exposed to online,” said Sen. Klobuchar. “We're here today to say these vaccines are safe."

Last month, Sen. Klobuchar sent a letter to the CEO's of Twitter, Google, YouTube and Facebook asking them to regulate the spread of misleading information about the COVID-19 vaccine online.

“We urged them to step up their efforts, especially at the beginning of the vaccine it was pretty bad,” said Sen. Klobuchar.

In the letter, she also asked the companies to provide updates on new policies and partnerships with public health organizations to protect users.

But while Sen. Klobuchar says fighting misinformation online is a priority, doctors are working on an effective vaccination plan to reach communities most at risk.

“We try to identify barriers ahead of time, and we are tracking our data,” said Dr. Kevin Best with Allina Health. “We've rearranged where we have some of our clinics in response to that data."

“We know that the number of people getting the vaccine in the minority communities is significantly lower, and we need to improve that,” said Sen. Klobuchar. “It’s a combination of information and accessibility.

"At some point we have to figure that the health professionals are taking the vaccine, maybe it's a good idea for us to do the same thing."