The issue of sexual harassment flared up again at the State Capitol, days after a lawmaker who resigned under pressure made a surprise return visit. 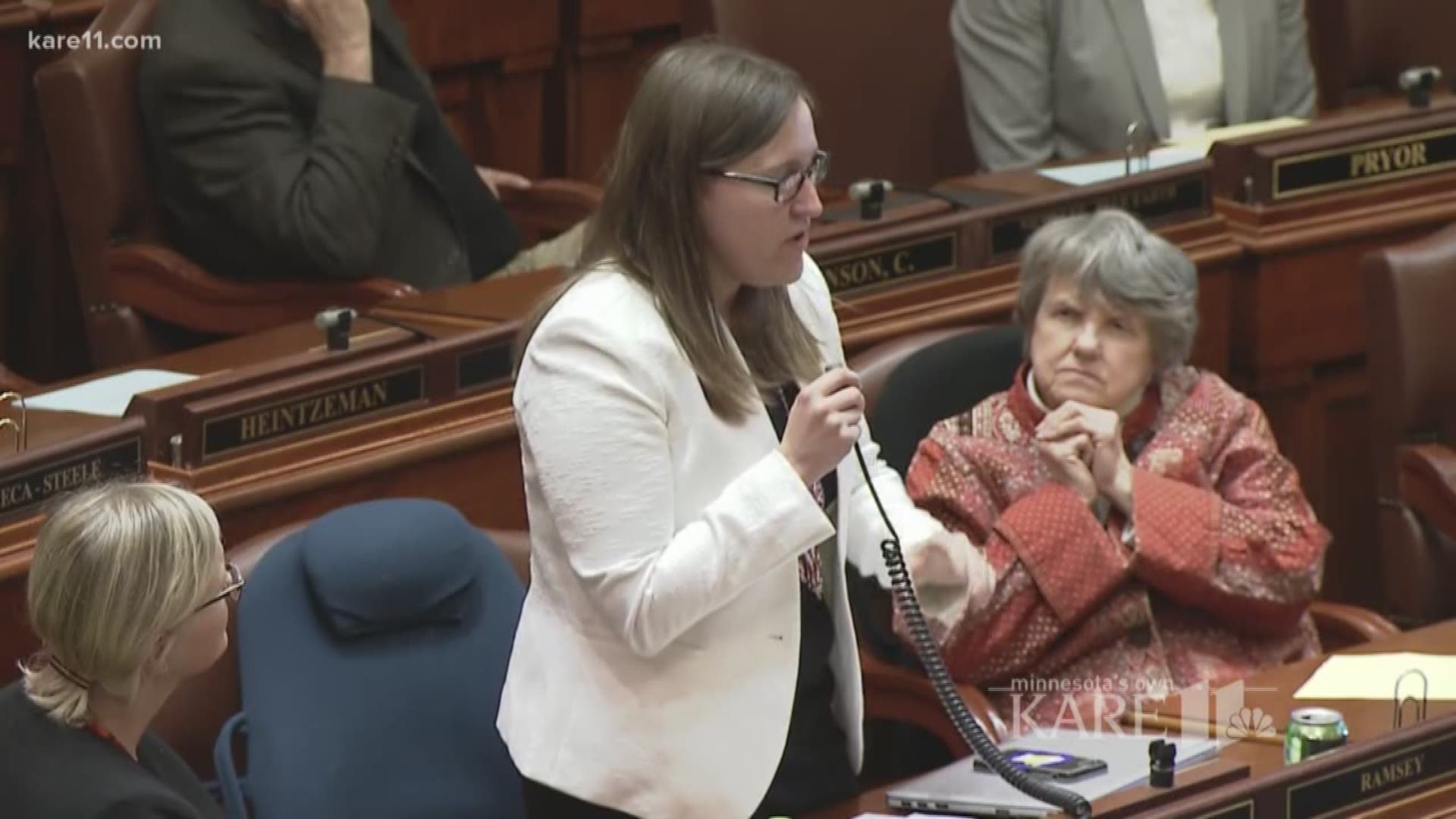 ST. PAUL, Minn. -- The issue of sexual harassment flared up again at the Minnesota State Capitol, days after a lawmaker who resigned under pressure last year made a return visit that some found unnerving.

In the aftermath of the harassment scandal, which led two legislators to resign, House leadership created the Subcommittee on Workplace Safety and Respect and brought in legal and human resources experts to testify.

DFL lawmakers said they had lost patience with the Republican majority because no legislation had come forward yet from that committee, and during Thursday's House session they moved to suspend rules and force a vote on a bill that would put the matter in the hand of independent experts.

"We've created token subcommittee that is yet to hold a single vote. That's not enough!"

Cornish, a Republican, defended the text messages but eventually resigned after a Capitol lobbyist, Sarah Walker, accused him of harassment that had gone on for years.

Monday, as Maye Quade took a selfie with others in a House hearing room, she also captured the image of Cornish in the background. DFL Party Chairman Ken Martin posted the snapshot on Facebook, and accused Cornish of going there intentionally to intimidate Maye Quade.

"People do not feel safe here, and we've seen that here this week," Rep. Jennifer Schultz, a Duluth Democrat remarked.

Rep. Jamie Becker-Finn, of Roseville added, "This isn't about one any one individual or one incident. This is about making this building safe!"

House Speaker Kurt Daudt has often said he can't outright fire legislators, because they work for their constituents, and he has even less power over private citizens who visit the Capitol.

"These are public buildings, and we want to make sure that the public, and members of the public and the Legislature and lobbyists feel safe here," the Republican leader told reporters Thursday.

"We have taken extraordinary steps to react to a growing concern about those sorts of things, and we put in place a subcommittee of our rules committee, which continues to look at how we can revise our policies to make sure this is a comfortable and safe work environment for everybody that comes here."

Under current rules, Cornish has the same access to the State Capitol complex as any other member of the public.

House Minority Leader Melissa Hortman, during her floor speech, called on Daudt to schedule a "real hearing in a real committee," before the session ends.

Majority Leader Joyce Peppin said she was disappointed with Rep. Hortman for trying to force a vote on a competing plan, while the workplace subcommittee is still gathering information. She also said legislators shouldn't delegate their responsibility to outsiders.

In the end, the Democrats' efforts to suspend the rules and force action on their bill was voted down by the Republican majority. It's an outcome they likely predicted, but the discussion provided to platform to air their concerns.