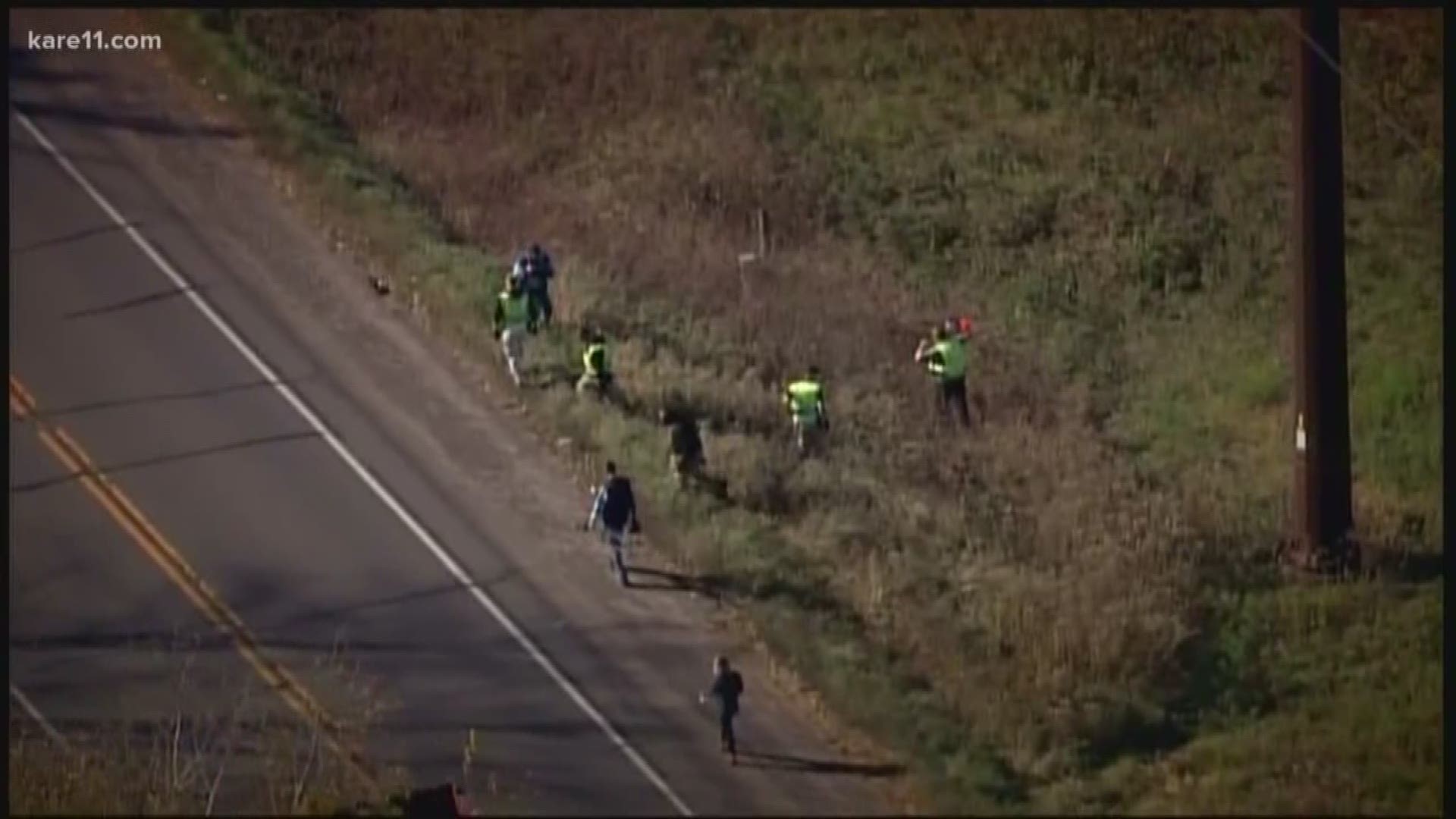 BARRON, Wis. - The Barron County Sheriff's Department is widening its focus on the Day 5 of the search for missing teen Jayme Closs, asking the public for more information on her parents and the dynamics of the Closs family.

Fitzgerald says the law enforcement team assembled to find Jayme and investigate the murder of her parents has now received more than 1,000 tips, and conducted hundreds of interviews in the case. The team has also added an email address which will accept any photos or videos related to possible sightings.

In his post the sheriff is also urging residents to focus on people in their own community, emphasizing that people often act differently after committing a violent act. "You may have observed such behaviors and not realized it at the time," Fitzgerald writes. "We are asking you to think back to earlier this week and let us know if you’ve noticed any of the following changes in routine."

Friday's message follows a search in Barron Thursday conducted by more than 100 volunteers who walked fields, ditches and woods searching for any possible evidence that could lead investigators to 13-year-old Jayme Closs.

No evidence had been recovered as of 4 p.m. on Thursday, according to a press release from the Barron County Sheriff Department. At that time, the search was still underway.

Barron County Sheriff Chris Fitzgerald put a call out on the department's Facebook page, asking for 100 volunteers to assist.

"We are requesting the public’s assistance in conducting a routine search for articles of evidentiary value that may be related to the incident," he wrote.

The search began at the intersection of Highway 8 and 16th Street. Volunteers had to bring a photo ID and had to be able to walk on uneven terrain.

Press ReleaseOctober 18, 2018Sheriff Chris Fitzgerald would like to thank the community for their continued support...

Also on Thursday, the Wisconsin Department of Justice sent therapists and comfort dogs to help students at Closs' school.

The state DOJ said in an announcement Thursday it is also sending school resource officers to the Barron School District.

The superintendent for the school district Diane Trembley extends her "sincere gratitude for the continued support from law enforcement, businesses, families and community. [She asks] that you continue to respect the privacy of our students, staff and the family of Jayme Closs."

Authorities have been searching for Closs since deputies responded to a 911 call early Monday and found her parents dead in their home in Barron. They were identified as James and Denise Closs.

"An entire state has been racked with Jayme’s disappearance, and the death of her parents," said Attorney General Brad Schimel. "These trained therapists, school resource officers and therapy dogs are going to provide the schoolchildren and staff in Barron the support they need to get through the next few days."

On Wednesday, the Barron County Sheriff, Chris Fitzgerald, said their deaths have been classified as a homicide. He said both were shot to death.

Jayme Closs has been ruled out a suspect and investigators believe she's in danger.