Many doctors are concerned that wet and heavy snow could lead to heart attacks. 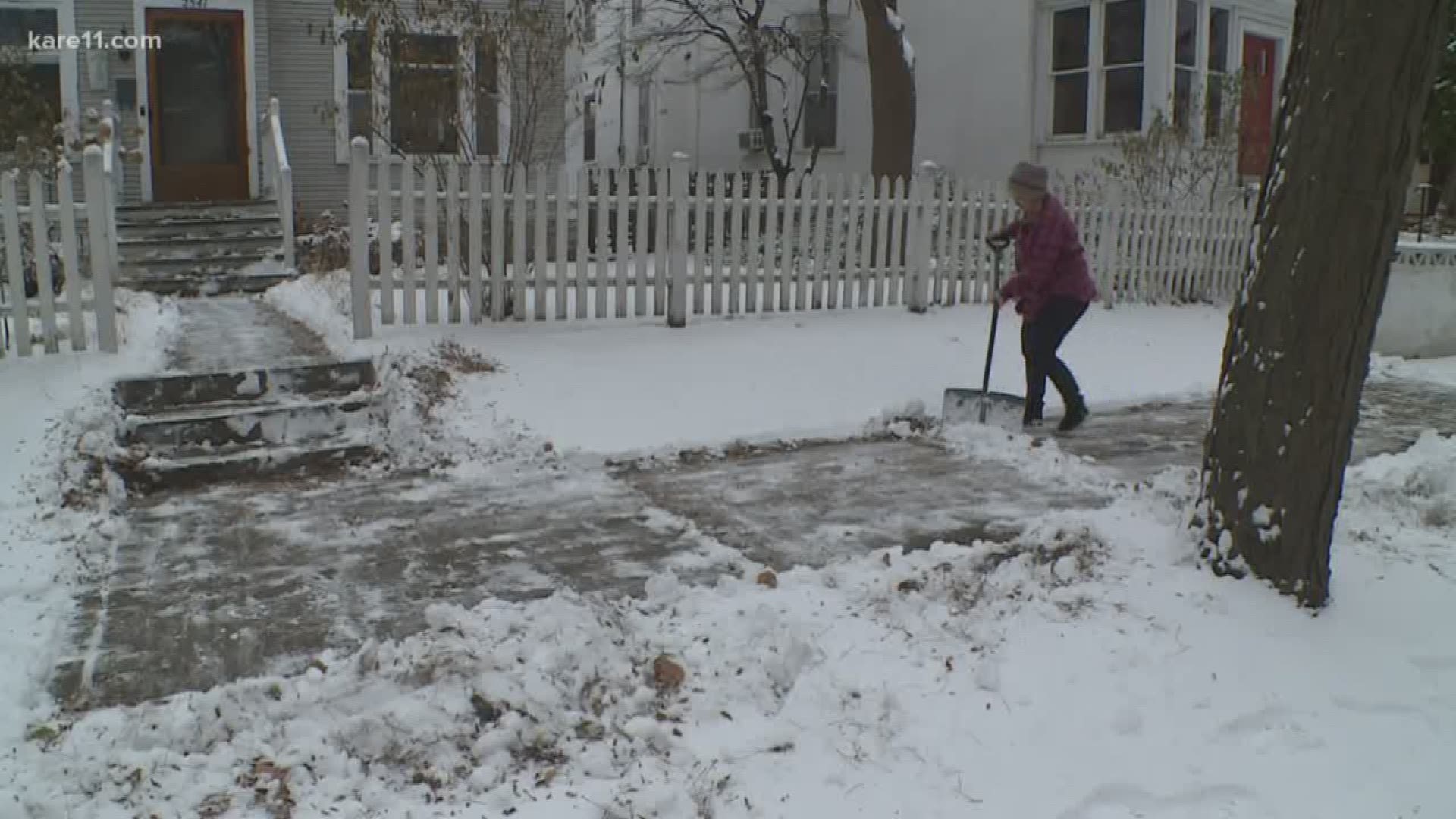 MINNEAPOLIS — A mix of snow and rain hit Minnesota this week.

Some Minnesotans are simply letting the rain deal with whatever snow was dumped on their driveways and sidewalks, while others have decided to whip out their shovels.

Recent studies have shown the higher the snow totals the greater the risk for heart attack and when the snow is wet and heavy like it is for many in the Twin Cities this week, there’s an even greater risk.

“There are more heart attacks in winter than any other time of the year,” Hennepin Healthcare Chief of Cardiology Dr. Brad Bart explains.

Every winter more than 11,000 Americans are sent to emergency rooms for heart problems after shoveling snow, according to a study from the U.S. National Children’s Hospital.

Most of those patients are older, and an overwhelming majority of them are men.

Dr. Bart says there are several factors that cause people to have heart attacks while shoveling.

First, the act of shoveling requires a significant amount of work on your arms, which most Americans aren’t used to working out.

“Usually people are walking, running or biking, using their legs. It’s more rare for people to exercise with their arms and it puts a relatively high amount of work on a relatively weak set of muscles,” Dr. Bart says.

Plus, studies show working your arms releases more adrenaline than working out your legs.

“Adrenaline raises your heart rate and your blood pressure, which can add more strain to your heart,” Bart says.

The chilly air in winter also plays a role. Doctors say it causes your blood to thicken and narrows the blood vessels in your heart.

The cold also numbs your body and makes it difficult to determine when you’re being overworked.

“You should listen to your body and if you have unusual shortness of breath or a pressure or tightness in your chest you should back off and seek medical attention.”

Doctors say right when you wake up is the worst time to shovel snow, because your body hasn’t had time to adjust and prepare itself for strenuous activity.

Dr. Bart encourages patients to give their bodies at least 30 minutes to wake up and to eat breakfast before shoveling snow.

“If you have previous heart or lung problems you might want to think about asking a neighbor for help or having someone else shovel your snow.”