Snoring problem? There's an app for that.

"It's like doing a push up for your airway." 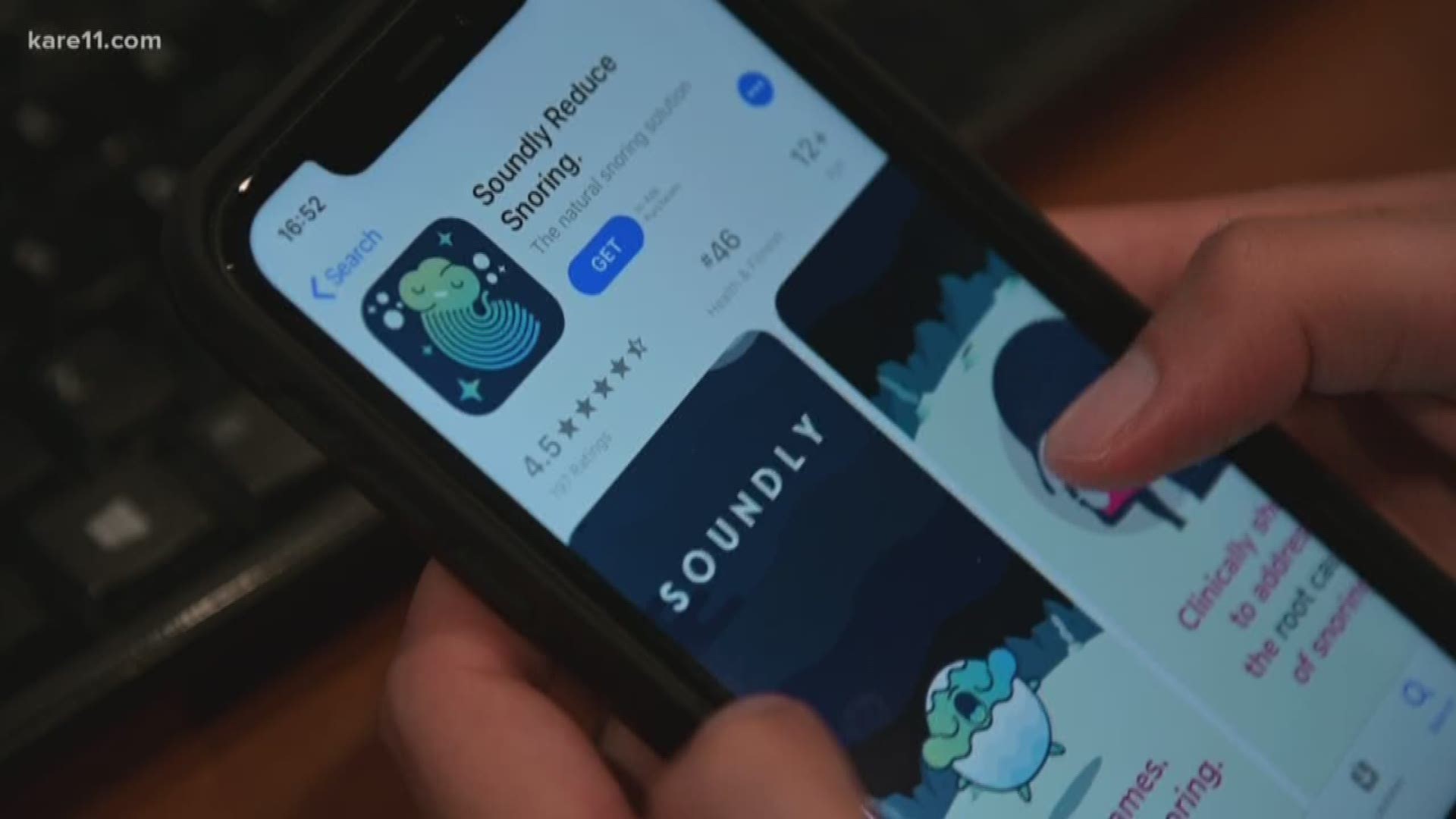 GOLDEN VALLEY, Minn — A snoring app is soaring in popularity on the Apple App Store, and it’s Minnesota creator says it’s saving relationships in the process.

"We have people from all over the world saying, 'Wow, this totally saved my vacation and it totally helped my marriage,’” said Brian Krohn, founder of the Soundly app.

Soundly is a simple, voice-activated game, but as you play, it helps you strengthen the muscles that keep your airway open at night.

"It's like doing a pushup for your airway," Krohn, said.

The game, which is played a bit like the old arcade game 'Space Invaders', features a character that you control through the use of two words: 'knee' and 'naw'.

"We actually used ultrasound to study the position of the tongue, and then identified that 'Knee' brings the base of the tongue up and forward," Krohn said. "And 'naw' brings it down and back. The goal is to get actually a thousand, 'knee'/'naws' a day. So it's kind of like getting your five thousand steps in."

The game was first developed two years ago at the University of Minnesota's Medical Device Center. It then went through a clinical trial at the Fairview Sleep Center.

Krohn says the feedback has been even better since the app launched to the public. It has a 4.5 star review on the App Store, and Apple chose it as a "Featured App" this week.

"The numbers just shoot through the roof for a couple days," Krohn said. "You're talking like an 8,000 percent increase in your daily traffic.

The app is free to download and play for a week. After that it's $30 for a year subscription.

"Just like any physical therapy, you want to do it for 2-6 weeks to see the effect," Krohn said. "Bed partners just love it. because obviously they're the big sufferers of snoring."