A new business is looking into solving parking problems at Allianz Field. 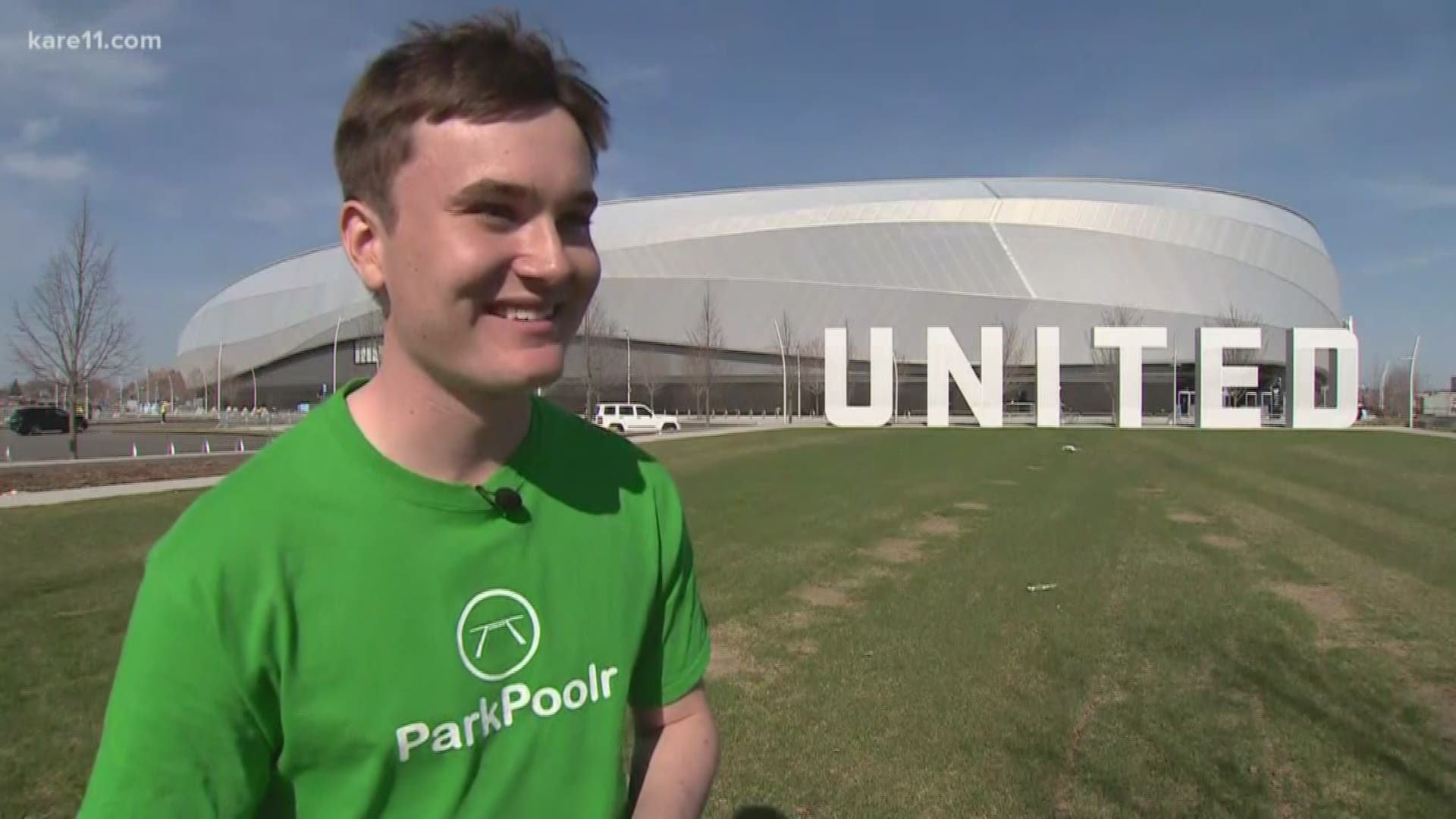 Parking around Allianz Field has been very tight during the first two Minnesota United soccer matches, but a University of Minnesota student is hoping to turn that problem into a business model.

“I realized there is a lot of underutilized parking around here, from neighborhoods and businesses nearby,” said Jackson Lefebvre, founder of ParkPoolr, a tech start-up that works like AirBnB, but for parking spots. ""Instead of people renting out their houses, they're renting out their parking spaces. By taking advantage of all these driveways and private lots, we can really fill this void, and that's really the goal of ParkPoolr."

Lefebvre, a junior at the University of Minnesota Carlson School of Management, developed www.parkpoolr.com with a classmate. He says they provide a safe way for both drivers and parking hosts to get what they’re after.

"We handle all the payment processing. So, once a driver books a parking spot, that payment goes directly to our account,” he said. “After the game, hosts can collect their payment and we just take a small transaction fee."

Cindy Thrasher was the first person to sign on as a host. She lives across from the stadium and had already considered selling her two driveway spots, using cash and a sign.

“This is much better,” Thrasher said. "It's all done by credit card and then they send you the money. I checked last night and there was no one, but when I checked this morning, both spots were booked."

Despite launching the website the night before the first match, Lefebvre says they already have more than 50 parking spots available for rent, and he is now handing out flyers before and after matches in order to recruit more fans who are looking for parking.

So far, he says he hasn’t heard any objections from the city about the concept, and he believes that’s because it could help alleviate an issue.

“By people pre-booking their spots and driving directly to the spot, that's alleviating all the congestion around the stadium, so I'm hopeful the city can work with me,” LeFebvre said.

For those interested in checking it out, the ParkPoolr website is still the only option. An app won’t be available until sometime this summer.