More than 16,000 people are following "Let Them Play MN," a coalition of parents, athletes and coaches asking for fall sports to return. 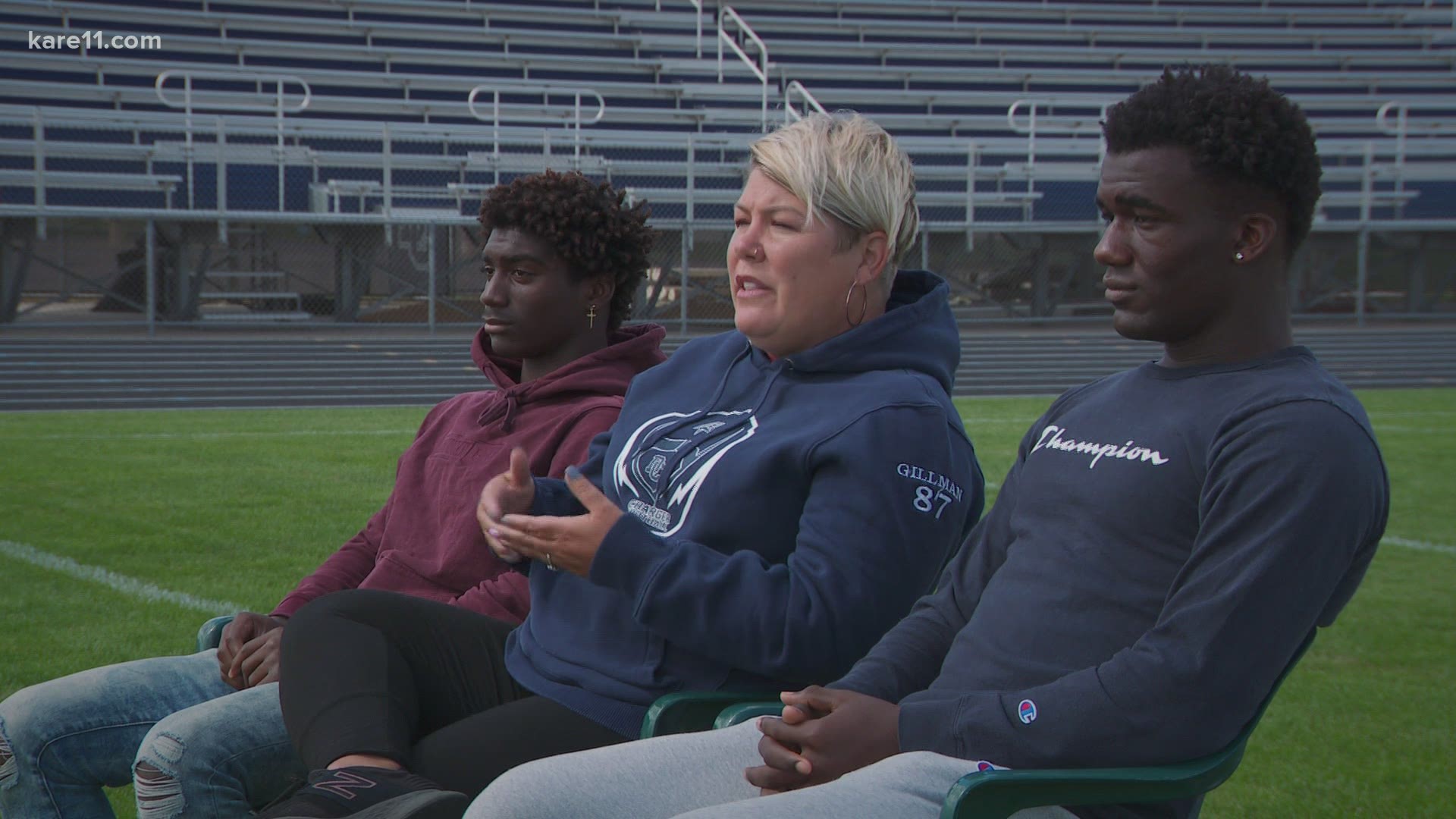 COKATO, Minn. — The big news was that Big Ten announced football is back. And with that announcement, there's another group that wants the Minnesota High School League to take a play out of the Big Ten's play book.

"Let them Play Minnesota" is a group of high school athletes, their parents and coaches who have been asking the state to let them play fall sports.

The founder of the group says today's move by the Big Ten --  gives them hope.

In a normal year, Dawn Gillman's two sons, Eli and Monte would be on the Dassel-Cokato High School football field during this time.

"They'd be running right up and down this field here playing football with their teammates," Gillman said.

However, we all know what happened during this pandemic. Schools didn't return in the ways we had expected. An announcement came that football and volleyball were pushed back to March. All of this has been a bummer for Gillman's two sons.

"It's a high school routine for me," Eli said. "I've been participating in it as long as I can remember and now it's just gone." The junior lamented his routine being taken away from him, as he sat next to his mother on the football field where he would have played.

The Gillmans are not alone in their feelings. Dawn said she started a Facebook group called Let Them Play MN. It gained over 16,000 followers in the past week.

In that group, parents, athletes and their coaches laid out reasons why they should be playing football, dancing, running cross country, cheerleading and playing volleyball right now.

"That's the big takeaway I had from our meeting with the Stanford doctors," Dawn said, referring to an earlier meeting she had. "That they've seen a double [amount] in suicidal thoughts, tendencies, anxiety and depression. Students are resorting to other things and they're becoming like their cellphones and that's what they're spending their time and energy on."

When asked if Dawn was worried about Eli or Monte getting sick, she said no.

"I am not fearful," she said. "Not at all. If they do get it, I know we can support their immune system and we're doing that already. So I'd encourage all you student athletes to start getting to bed earlier."

Gillman added that on top of the athletes' mental health, empty bleachers mean that the seniors are missing out on scouts who might be looking to recruit.

"Huge," she said. "Because they're going to other states. They're going to places where other kids are playing so I am excited for Minnesota to come on board."

However, she said the Big Ten announcement that came earlier today was encouraging.

"Our local representative had talked with the governor the other night and he said, 'let's see what shakes down at the Big Ten,' and he said he would be all for this," Dawn said. "I'm excited to talk with him today to see if we can move forward."

The Minnesota State High School League announced it will be holding a special session regarding their potential decision to reverse their delay of Fall sports. That meeting is happening on Monday morning at nine a.m.