13 children were killed in St. Louis during the summer of 2019

Seven-year-old Xavier Usanga was killed by a stray bullet while walking in his neighborhood with his sisters this past summer. 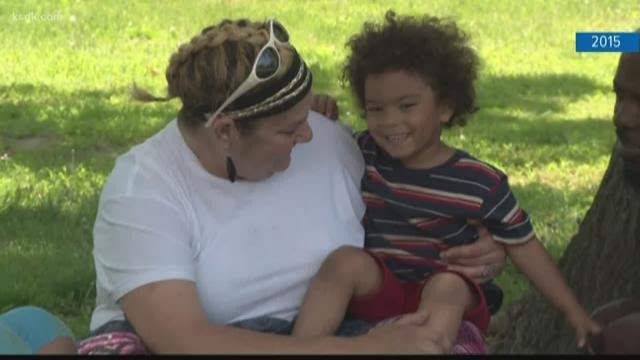 ST. LOUIS — "It's kind of ridiculous... We just want someplace to take our kids that's safe."

No way of knowing...

It was a scare, followed by a sigh of relief and a reminder to hug their kids a little tighter.

Ifiok and Dawn Usanga were with their small children at a park back in 2015 when a 3-year-old boy was shot.

They had a 3-year-old son of their own that day, which made them ask themselves what they would have done if the bullet had hit their son, Xavier.

The couple had no way of knowing that a little more than 4 years later, they would be forced to answer that question.

"He was just my little man… Always right there with me," Dawn Usanga said after her son was murdered.

He was hit by a stray bullet in his neighborhood

Seven-year-old Xavier Usanga was killed by a stray bullet while walking in his neighborhood with his sisters. He was supposed to be going back-to-school on Aug. 13, but he was shot and killed the night before.

His sisters tried to save him, but they couldn't. One of them tried to give him CPR.

His sisters told 5 On Your Side, he wanted to be a YouTuber or a vet because he found a baby hawk with a broken wing near his house last year, and he picked it up and was holding it. He took it into the house and fed it some food. He fixed the broken wing, put the baby hawk outside and it flew off.

Xavier was killed 2 months after 3-year-old Kennedi Powell was killed in a drive-by.

His death came just a week and a half before 8-year-old Journee Thompson was shot and killed at a high school football game.

"She was the life of the house. She was the protector," Thompson’s dad said.

Many cases of children murdered in STL not solved

Since 2015, 49 children have been killed in the City of St. Louis. Less than half of those cases have been solved.

Ron Johnson is a former captain with the Missouri State Highway Patrol. He recently joined the circuit attorney’s office to help bridge its relationship with local law enforcement work on community outreach.

Johnson has spent 31 years in law enforcement. He said investigations need people to come forward to help solve these crimes.

"It is crucial. I think that is the key," Johnson said.

5 On Your Side’s Morgan Young asked Johnson why people aren’t coming forward and if they are afraid to come forward.

"I think we have to look at our criminal justice system. There is a lot of distrust in urban communities across the country and in St. Louis in particular," Johnson said.

Urban communities such as north and south St. Louis, where these murders happened.

"There's also concern about, if I come forward as a witness, will I be harmed or my family be harmed," Johnson said.

Fear and distrust are getting in the way of justice.

Johnson said the circuit attorney’s office and St. Louis Metropolitan police are working together to create a united front, to rebuild trust with the community and work to get more resources.

He said the focus is asking for more money for the witness protection program.

Xavier Usanga was No. 10. Days after he was shot and killed, Malik Ross confessed to firing the shot that hit Xavier.

Prosecutors didn’t find enough evidence for the murder of Xavier.

Mom creates her own 'justice'

Dawn Usanga said she has to create her own definition of justice.

"You just have to give it to God. He has to live with that," Dawn Usanga said. "I find peace in my own case because the man came forward. That's good enough for me."

As Dawn remembers her son, she can’t help but think of the other families in her city that have to do the same, but many without answers.

"I can only imagine the anger they must be feeling inside," She said.

Dawn’s hope is that one day, that will change.

The stories of our murdered children

‘CUT SHORT: Unsolved Killings of St. Louis Children’ is an initiative of KSDK 5 On Your Side and its community outreach program, ‘Project 5,’ to raise awareness of the unchecked violence against children in the city of St. Louis from the summer of 2019 to present.

We’re dedicated to telling their stories, following the criminal investigations and shining a light on the reasons for gun violence in our city. We won’t let up.

Please join us in this important campaign seeking justice for our youth by sharing these stories about their young lives cut short, reaching out to elected officials and supporting the worthy organizations in St. Louis working to make our city’s neighborhoods safer places to raise families.

How you can help

In the City of St. Louis, 14 children have been killed in 2019. In one of those cases, two people were charged. The rest remain unsolved.

As part of 'Cut Short: Unsolved Killings of St. Louis Children' we want to share ways you can help. We've provided contact information for city leaders below.