After George Floyd's murder, Minneapolis youth made their voices heard

Minneapolis youth reflect on the past year and the fight for racial justice. 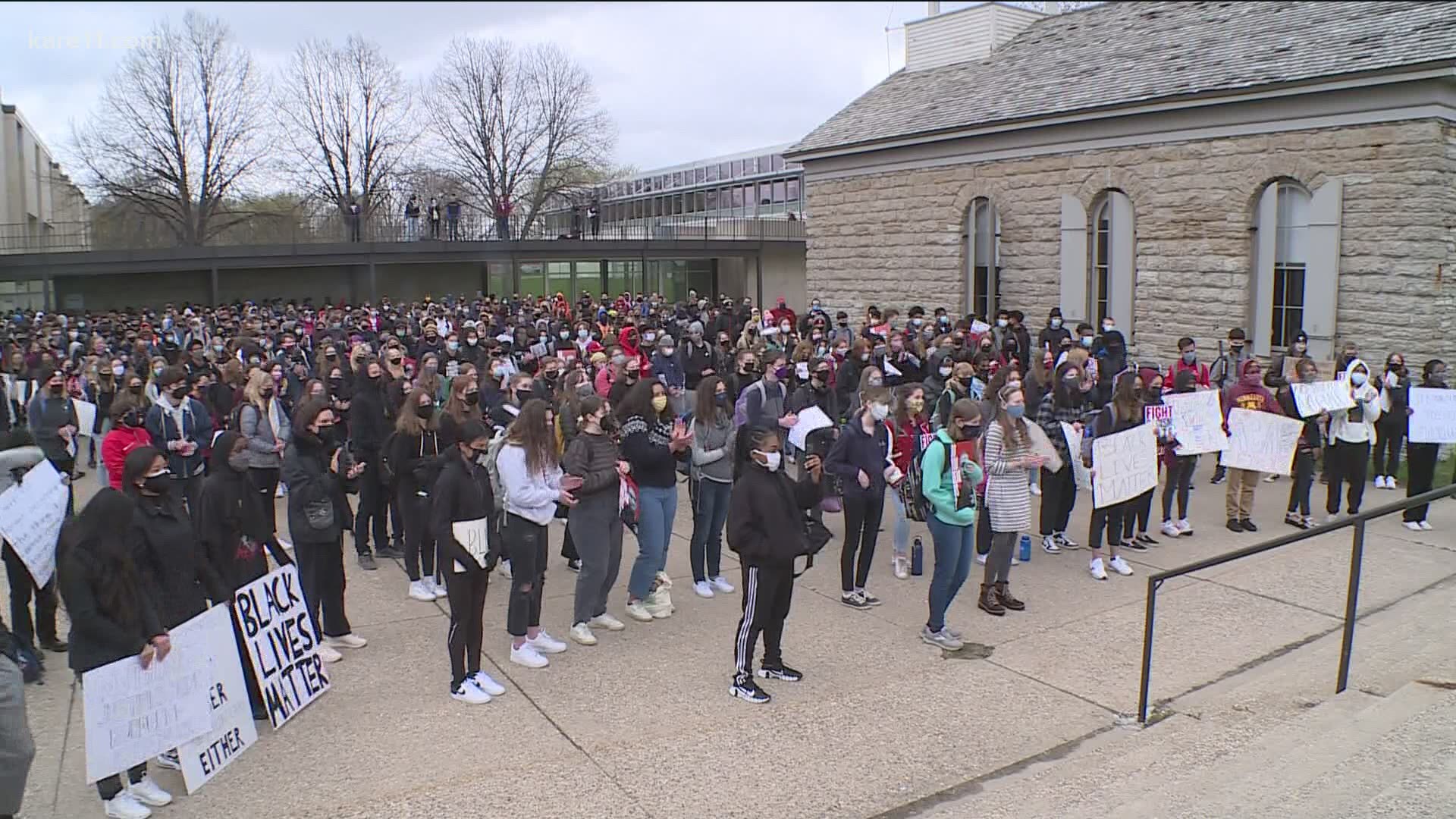 MINNEAPOLIS, Minnesota — After George Floyd's murder, Xavier Douglas remembers his teachers explaining what happened less than two miles away from their school.

Douglas said it was hard for some of his classmates to understand why then-Minneapolis police officer Derek Chauvin wouldn't get off of Floyd's neck.

Douglas remembers his grandma giving him "the talk" about police.

"She tells me to just cooperate with them and don't argue even if they stop me for some dumb reason. You still need to cooperate because she told me as a Black man it's more risk to me, it's more a risk of losing my life," Douglas said.

Since Floyd's death, the youth have made their voices heard. That includes showing up to protests and participating in school walkouts against racial injustice.

Francois said it's important to her that there is education around this historic moment.

"For students to have accurate... descriptions of these events is so important for the future generations to understand how George changed the world," Francois said.

"Counselors reached out to students to just make sure that everyone... had the resources to cope with everything. Had someone to just talk to to spew out all their frustration, all the emotion, all the confusion, and that personally helped me a lot," said Francois said, who also remembers how her boss reached out to her the day a jury convicted Chauvin of murder.

"These issues are so apparent in our lives that there's no longer a way we can separate social justice or what's going on in the world to our work, our school, and our personal lives. That's not possible anymore. So there's been a need and also an opportunity to make that a part of everything we do," said Liz Bolsoni, 20, of south Minneapolis.

The sophomore at St. Catherine University said she believes this moment marks a turning point in how we approach mental health.

"So a lot of times those are things we aren't comfortable talking about in a classroom setting, a workplace, and that just can't be the case anymore because... without our best, healthiest, and most empowered selves we can't be productive," Bolsoni said.

The Real Minneapolis has spent the past year supporting kids through its Hope Youth Center. The nonprofit formed after Floyd's murder as a way to address the needs of the community. During the past school year, they ran a learning pod from their Hope Youth Center in the Midtown Exchange building.

"We felt that really the youth were the most vulnerable, that they'd be further behind in school with the achievement gap, and that they needed to be nurtured and taken care of," said Valerie Quintana, co-founder of The Real Minneapolis.

Starting in the middle of June, they're offering a free Summer Youth Program for kids ages 8 and up. The program includes gardening and community service opportunities; classes on self-defense, photography and cooking; building your own skateboard instructions and riding lessons; and community healing sessions with professional therapists. The program will run from June 14 to August 13, Monday-Friday from 9 a.m. to 5 p.m. Priority will be given to full-time students. You can sign up your child for the program, here. There is also a GoFundMe to help support the Hope Youth Center.

"This is just the beginning of racial justice and a whole lot of other change that is essential right now," Quintana said. "We need to just keep doing the hard work."

RELATED: Power to Change: The Legacy of George Floyd

RELATED: Voices from across the metro: How has George Floyd changed us?