The nonprofit was just getting started with their initiatives when George Floyd's murder led them to reevaluate plans. Now, their mission is coming full circle. 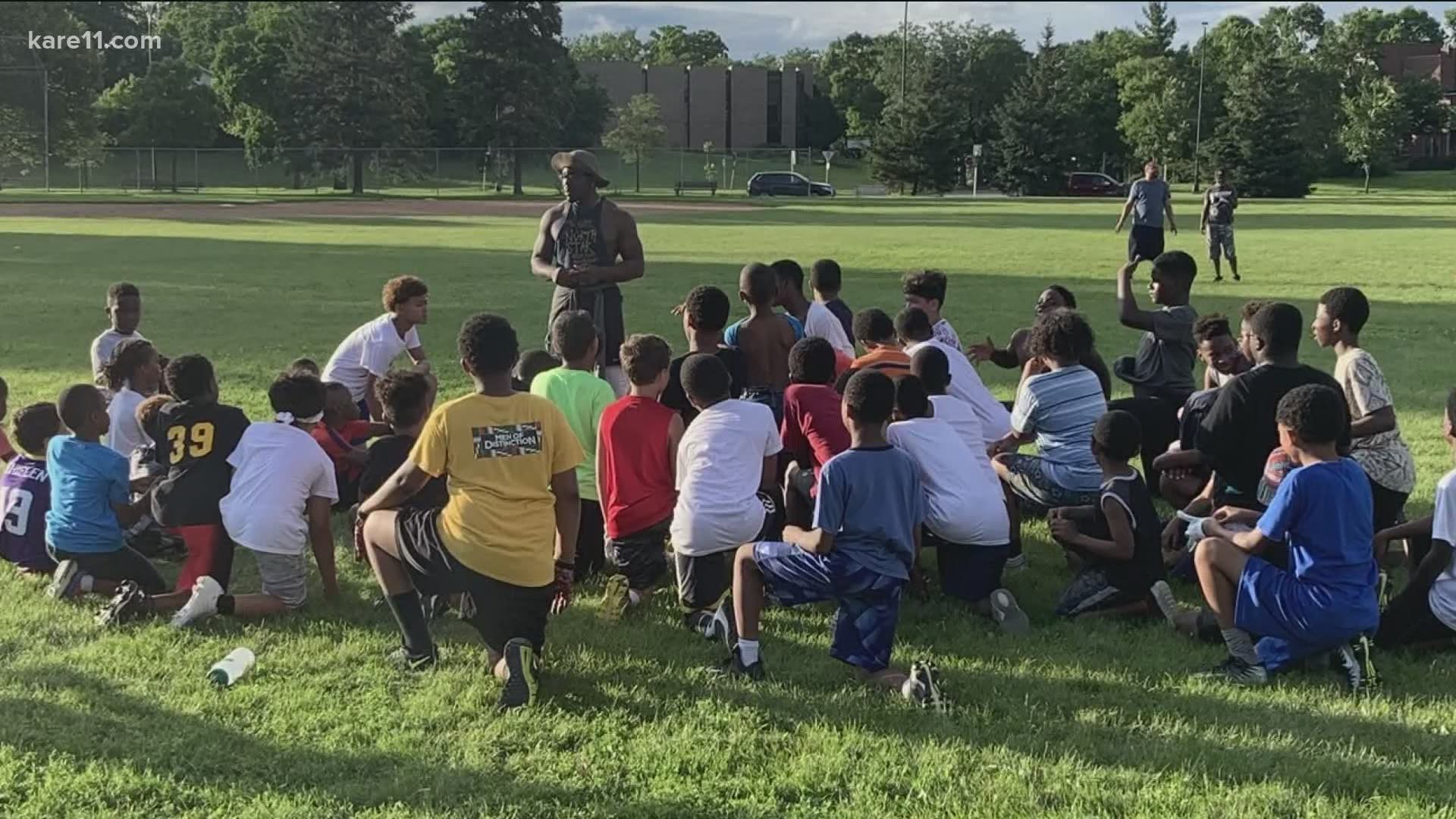 MINNEAPOLIS — At a park under two miles away from George Floyd Square, Kyle Skye and Darryl White reunite with Davontae White-Sledge, an energetic and charming high school freshman.

Within minutes of tossing a football around at the park, a young onlooker no one knew before joins them on the field.

Skye, White, and a third co-founder, Wayne Hawkins, offer free arts and athletics camps to inner-city youth through their nonprofit, the Bay Laurel Fund. It's the philanthropic arm of Bay Laurel, an entertainment label and lifestyle brand.

"Football camp, basketball camp, music, or film," says Skye. "We also introduce these kids to career opportunities that are found within those passion points."

Skye says he loves to use this example: "If you're extremely passionate about basketball but unfortunately you're 5' 0" and your jump shot is terrible, you might not make it to the NBA. But if you're great at math, did you know that you could be a statistician?"

Skye and White seek out people of color who are working in the career paths that they highlight.

"We invite them to our camps to speak to the kids and basically just say, like, 'I'm doing this and you can do it, too,'" Skye says.

Darryl White adds, "Exactly, and it's something that, you know, we wish somebody would have really told us when we were younger."

The information is not lost on Davontae, who has been to their camps.

"I want to go to college," he says. "My dream college is Notre Dame. I don't know what it is but I want to become a Fighting Irish one day and hopefully one day make it to the League. ... Darryl was talking to me about like, everybody don't make it to the League so there's other things you can do, like athletic training. They don't teach you that stuff in school. They don't teach you about real life stuff. They teach you the basics but Bay Laurel teach you stuff that will really carry on in life."

They teach technical skills, as well.

But after only about a year as an official 501(c)(3), Skye and White found themselves putting this important work on hold.

"With COVID, you know, we just didn't want to take the risk with getting all of the kids together," White says.

But really, their work was not done.

"When the George Floyd situation happened, it gave us an opportunity to kind of pivot our focus and directly impact people on a different scale," Skye says. "The Cub Foods had been looted and people already don't have transportation over there. They didn't have essentials. They didn't have diapers, toilet paper, food."

Skye and White knew it was time to help.

"To see what was happening to the community, it was super heartbreaking," White says. "People are looking at us as leaders in the community. Why not? Let's go do something about it."

They created a campaign called Minneapolis Rebuild Campaign, raising a little over $20,000. They saw donations from all over the world - places like London, Copenhagen and Australia.

"With those resources that we were fortunate enough to have donated to us, we gave directly to people," Skye says. "We also donated to some small businesses that had been looted to help them get back on their feet."

They also donated to and partnered with established nonprofit organizations.

"Shout out to my cousin Ashley Henderson," Skye says. "It's called North Side Resource Fund and we just kind of linked up with her and did what we could utilizing our resources."

"That saying, 'Never rest on your laurels,' what that means is regardless of how many times you achieve victory, you never settle on that," Skye says.

He says the emotions stirred by George Floyd's murder can be harnessed to effect change.

"What happened to George Floyd is, it's sick," he says. "It's hard and we want to be able to shift back to more positivity in any way that we possibly can and the camps is a great place for us to start."

Skye says he wants kids to know the possibilities that are open to them.

Families interested in sending kids to camp this summer are encouraged to contact Bay Laurel at contact@baylaurelfund.com.