From RV to farm field: How community groups are helping people heal after George Floyd's murder

"The connection between us all and being able to come together is just the first part," group leaders say real work begins, create spaces to grieve, laugh and teach. 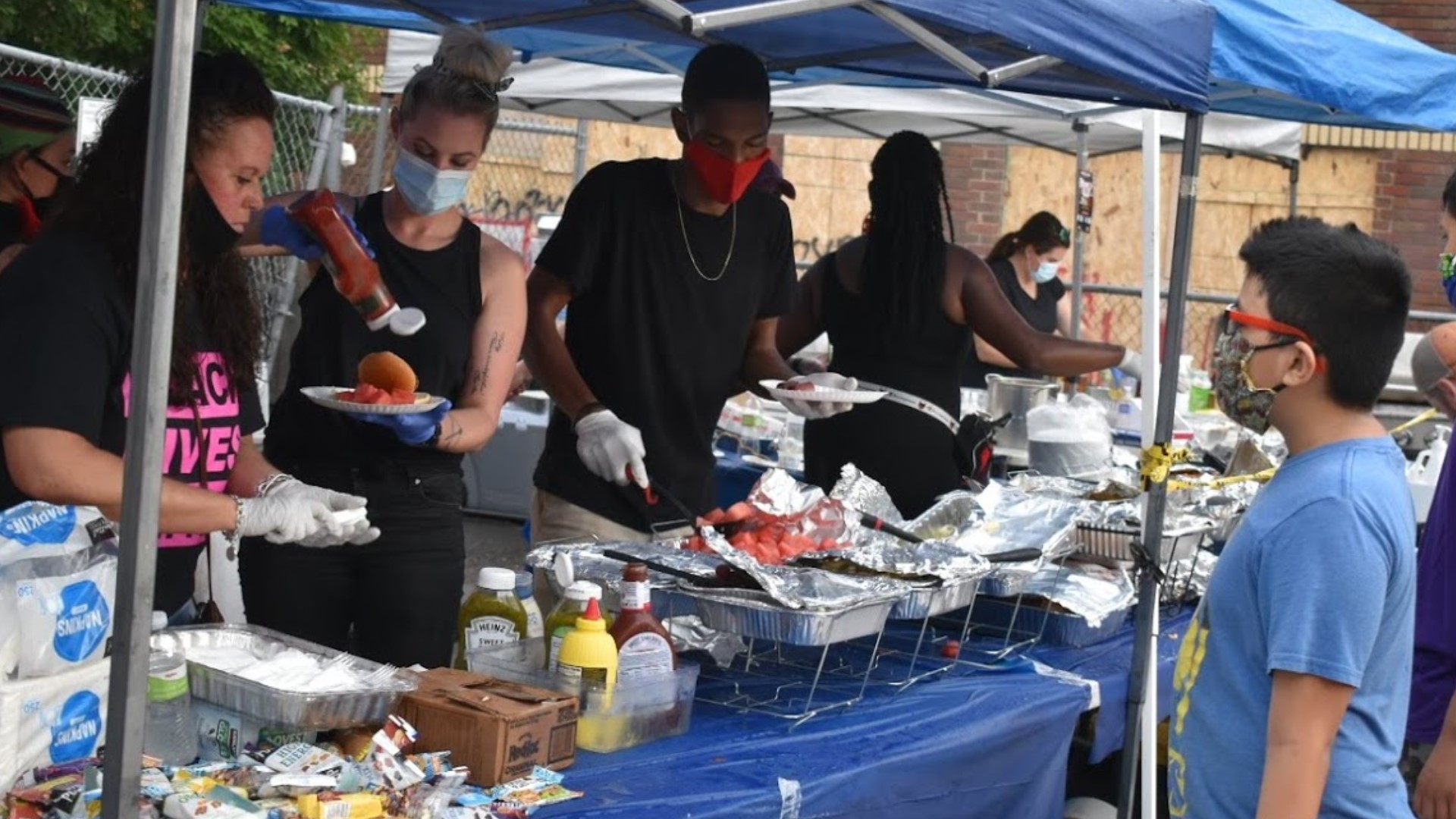 MINNEAPOLIS — Some people say the guilty verdict in Derek Chauvin's trial was the first step for them in the healing process after he murdered George Floyd.

Community activists have been hard at work cultivating the many ways that there are to heal – from the performance stage to a rural farm to a wrapped recreational vehicle.

For Ashli Henderson, it’s her job to help others feel better - the 30 year old comedian is hosting free shows around north Minneapolis, most recently at Sammy’s Avenue Eatery in North Minneapolis.

"Laughter is truly medicine to the soul and I think in the African American community, we have found comfort in laughing at our pain," said Henderson.

The pain from George Floyd’s death is still palpable, but so is Henderson’s motivation to help her community heal – just like she did in the days after the riots.

"While I was standing there, I’m like, we don’t have a grocery store," said Henderson who then organized the Northside Emergency Resource pop-up full of donated goods that were given away for free.

RELATED: Power to Change: The Legacy of George Floyd

"We fed over 8,000 people off an idea of saying we need to replace Cup Foods," said Henderson.

If laughter is the best medicine, then education is a tool for healing and Leslie E. Redmond has the biggest "tool box" to put it in.

The founder of Don’t Complain, Activate, Redmond is revamping an RV into a resource center for the community. It will be transformed into a cultural center by day and a transitional housing for one person at a time at night.

The former NAACP president turned lawyer has hopes of making her mobile dream a reality by June. You can find out how to donate to the project here.

"I believe we can heal in so many ways and education is healing," said Redmond.

Looking back on last summer is what keeps pushing these groups forward. Bryant Jones was at George Floyd Square continuously after Floyd's death, cooking for the large crowd that had gathered.

"I'm not necessarily a cook, even though I'm good at this," said Jones. Then he started to ask, "How can I bring plants and what I'm trained to do into a cause that I'm dedicated to?"

The University of Minnesota plant science major then had a hand in harvesting a community garden at George Floyd Square. He's also a co-founder of the group Twin Cities Relief Initiative that feeds families. In the first 42 days following Floyd's death, Jones said the group would feed about a thousand people a day.

"By no means are we where we need to be, but it's a good start," said Bryant.

From community garden to now a farm - Twin Cities Relief is expanding some 50 miles from home thanks to Vanessa Martinson. A designer and farmer in New Germany, Minnesota, she's donating several acres of her property to TCRI to turn into outdoor classrooms.

"I think people need space to heal," said Martinson. "It’s just like, all these little people are coming into play for the bigger picture and it’s community."

For the group's other co-founder, Rachel Nelson, this is now a movement that goes beyond food.

From carpentry to mechanics to landscaping to skin care, Nelson hopes the land will provide a more sustainable future for a new generation - rooting George Floyd's legacy in community.

"The healing comes from having opportunities of more, having outlets for what can I do now," said Nelson. She wants to teach young people trades so they can earn money that affords them an opportunity to get off the streets.

"To have this momentum and all these people, that's where it feels so different," said Nelson. "People think it’s just in the Cities that things are going on, but the reality is Twin Cities Relief has only been able to exist from everybody all over the state of Minnesota. We’ve had help and our donations come from a lot of the rural areas and that’s the only way we’ll be able to get anything done and be able to grow past ourselves is to find people who are doing things better than us."

If you'd like more information on TCRI, including about its classes on the farm that are expected to start this summer, click here.

RELATED: Voices from across the metro: How has George Floyd changed us?