St. Paul Police say City Council candidate David Martinez was taken into custody around 7:30 a.m. at a location on the 80 block of East Seventh Place without incident on probable cause felony non-consensual dissemination of private sexual images. 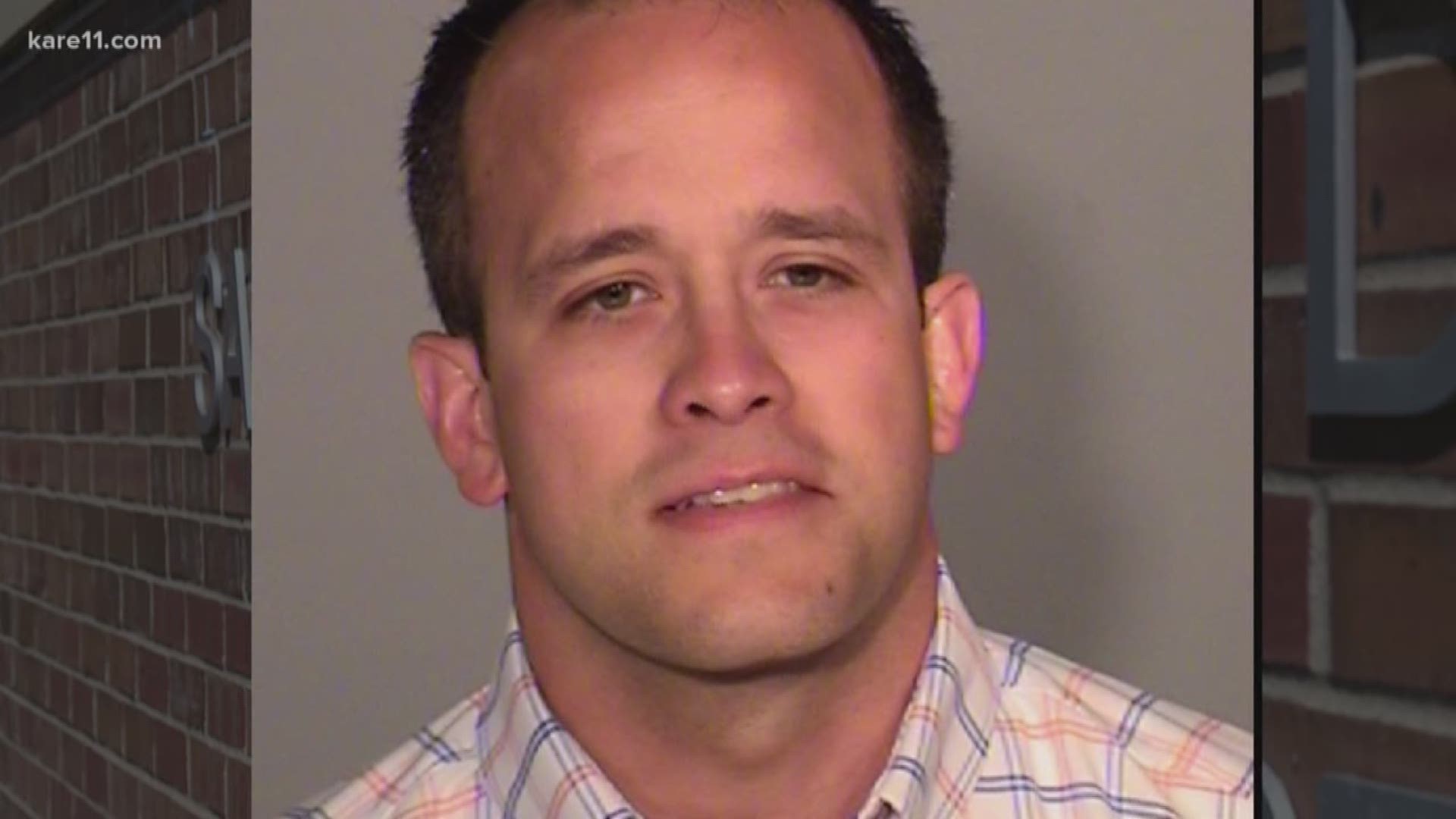 ST. PAUL, Minn. - The saga of St. Paul City Council candidate David Martinez got even stranger Monday morning, when he was arrested for allegedly posting a semi-nude photo of his estranged wife on a website.

St. Paul Police say Martinez was arrested around 7:30 a.m. at a location on the 80 block of East Seventh Place, just outside the Department of Commerce building, as he was heading into work.

The post, which was public for more than 33 hours, featured a topless photo of Martinez's wife as well as a copy of a restraining order she filed against him.

On the restraining order application posted on the blog, Martinez's wife writes, "his behavior has continued to escalate over the past 3-4 weeks."

"David brought home mace and a B.B. gun and said he will use it against anyone who gets in his face."

She goes on to write that on July 4th, "He then put both of his hands around my neck and pushed me backwards."

Police received a report about the topless post on Saturday. An investigator contacted WordPress twice and asked them to remove the image. The site (Martinez's campaign page) was taken down Sunday night.

Monday's arrest is just the latest incident in what appears to be a pattern of escalating and erratic behavior. On July 5, Martinez was cited at the St. Paul downtown library for disorderly conduct, police say, for screaming obscenities at library staff members.

The day after that - July 6, Martinez was kicked out of Target Field. Martinez posted video of it on his own Youtube page, screaming obscenities and threatening to "knock out" security staff attempting to remove him.

When reached by KARE 11 Sunday afternoon and asked why he still hadn't taken down the post, Martinez insisted all his accounts were hacked, including his campaign blog and social media accounts, and he couldn't get into any of them.Martinez turned down a request for a formal interview, texting, "Everyone is out to get me. No one is giving me a fair shot! No one is willing to listen! We are done."

The St. Paul Pioneer Press reports Martinez's wife is working with an attorney. KARE 11 also learned Monday that she has filed for divorce.

Both Mayor Melvin Carter and the Chairman of the St. Paul Republican Party are calling for Martinez to drop out of the race.

While August 14 is a primary vote in most races, the battle for the open seat on the City Council is a special election that will be decided immediately by a ranked choice vote.