In Minnesota, the employment rate of working-age people ages 21 to 64 with disabilities is reported at 44 percent, compared to the general population, at 84 percent. 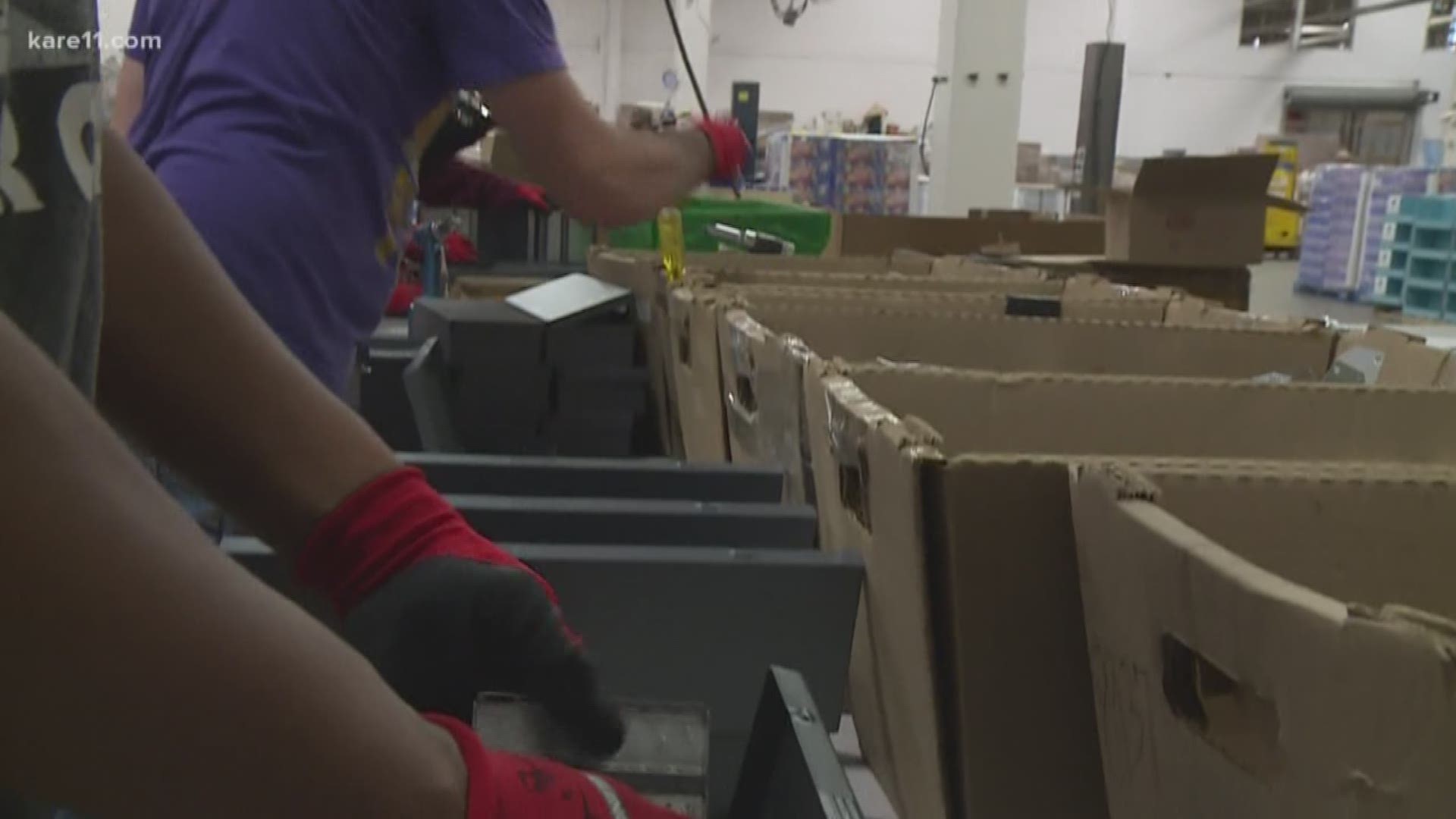 The study was commissioned by Minnesota Diversified Industries, a nonprofit social enterprise manufacturer headquartered in Minneapolis, where an estimated half of the workforce faces a disability.

At MDI, the sorting and drilling on the assembly line moves with greater purpose. It’s how since 1964, the nonprofit has done its part to see the whole in employees like Karen Howson.

“I was in a group home for five years before I came here, and my psychiatrist said there was an opening at a place called MDI. She said they hire people with mental disabilities,” said Howson.

Howson said previous employers had let her go because of her mental challenges.

“MDI actually took the time to work with me, not against me, to see what I could do to improve my life in work and out of work,” said Howson.

“That is the key, our belief is everybody has an ability,” said John Stemper, MDI’s director of marketing and new ventures. “About half our workforce has a disability, about half does not. That’s intentional as well, we believe in an inclusive environment, created where the two are working side by side by one another.”

At St. Thomas' Opus College of Business, MBA grad students dove deeply into the employment landscape. A team of students found despite recognizing the contributions of hiring people with disabilities, people without firsthand experience of interacting with employees with disabilities were not motivated to address the issue.

“The impression a lot of people have initially is skepticism, they see the disability before the value that someone brings to the table, be it in an office environment, a sales role, or a factory floor,” said Joe Hankes, a University of St. Thomas MBA student. “As soon as people step beyond the skepticism and think a little more creatively about possible solutions, they see benefits they would not have expected. When people put a human face to it, that’s when they really care.”

After two years at MDI, Howson is proof of the investment in inclusive hiring.

“My life has improved, I have my own apartment, I learned to pay bills, I take very good care of myself now,” she said.

In Minnesota, the employment rate of working-age people ages 21 to 64 with disabilities is reported at 44 percent, compared to the general population, at 84 percent.

MDI said it soon plans to hire 160 more people of varying abilities to further diversify its future workforce of an estimated 500 employees.