Minnesota will use its share of the Volkswagen emissions lawsuit settlement to target diesel emissions, with the first phase dedicated to upgrading buses, heavy trucks and off-road vehicles in public and private fleets. 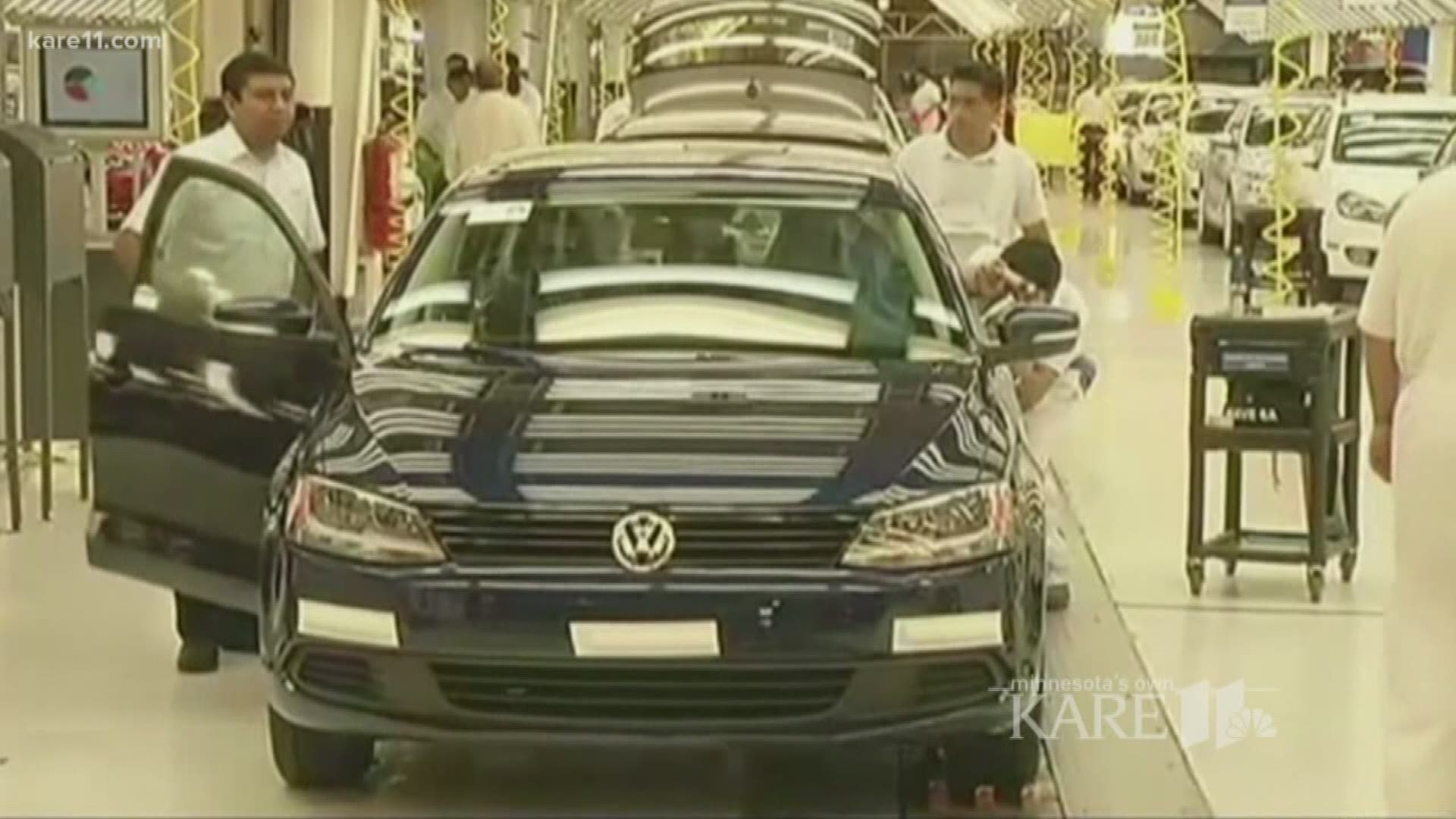 ST. PAUL, Minn. -- Minnesota will use its share of Volkswagen emissions settlement money to target diesel emissions, with the first phase dedicated to upgrading school buses, heavy trucks and off-road vehicles in public and private fleets.

The Minnesota Pollution Control Agency, or MPCA, has been collecting public input for the past year on how to spend the $47 million allotted to Minnesota. The agency released it's final plan Wednesday, which can be viewed on the MPCA Volkswagen Settlement webpage.

"We are using these funds is to rectify vehicle pollution, emissions from tailpipes and from heavy equipment," MPCA Commissioner John Linc Stine told reporters, asserting the net effect will be a reduction on nitrogen oxide and particulate pollution."

"Particulate matter is one of the triggers for respiratory distress, things like asthma and cardiopulmonary diseases."

Commissioner Linc Stine said the objective is to use clean air grants to leverage private investment in cleaner-burning vehicles.

"The goal of these dollars is to maximize the benefit through partnering up with people who are going to have to replace equipment one way or another," Commissioner Linc Stine explained.

"This is trying to accelerate that process and clean up the air in the acceleration."

The plan recognizes that many off-road vehicles have outdated, unregulated engines that can spew large concentrations of nitrogen oxide and diesel particulate pollution. There aren't electric versions of all of many of those vehicles, so outfitting them with modern clean diesel engines is the objective.

"The MPCA did a fantastic job," Bill Droessler, of the nonprofit Environmental Initiative, told KARE.

"Relative to other states, they’re miles ahead, when you consider the return they’ll get from an emission reductions standpoint, and the health benefits Minnesotans are going to get from these activities."

Droessler said one likely candidate for a VW Settlement grant would be Upper River Services, a company that services barges and operates tow boats in the Mississippi River near downtown St. Paul. He said the company would be able to achieve a dramatic drop in emissions by upgrading 1990s-era diesel engines on two boats, and the grants would make it more affordable.

"We’d be replacing two really big, really old unregulated engines," Droessler explains. "It will be the equivalent of removing 12,000 cars from the road annually. It’s enormous!"

In the recent past, Upper River Services was able to rebuild and modernize engines on the tow boats Becky Sue and Itasca, with the help of grants coordinated by Environmental Initiative and the MPCA.

"It's not free, but it's a great partnership situation," Lee Nelson of Upper River Services, explained.

Commissioner Linc Stine said the state will use a Request for Proposals, or RFP, process to evaluate applications for grants.

The EPA settlement terms don't allow the money to be used for mining equipment. But ore mines can be subject to other clean air regulations.