Stock market revolution: How new apps like Robinhood are changing the game

The apps are attractive for first time investors, but do they set them up for success on the stock market? 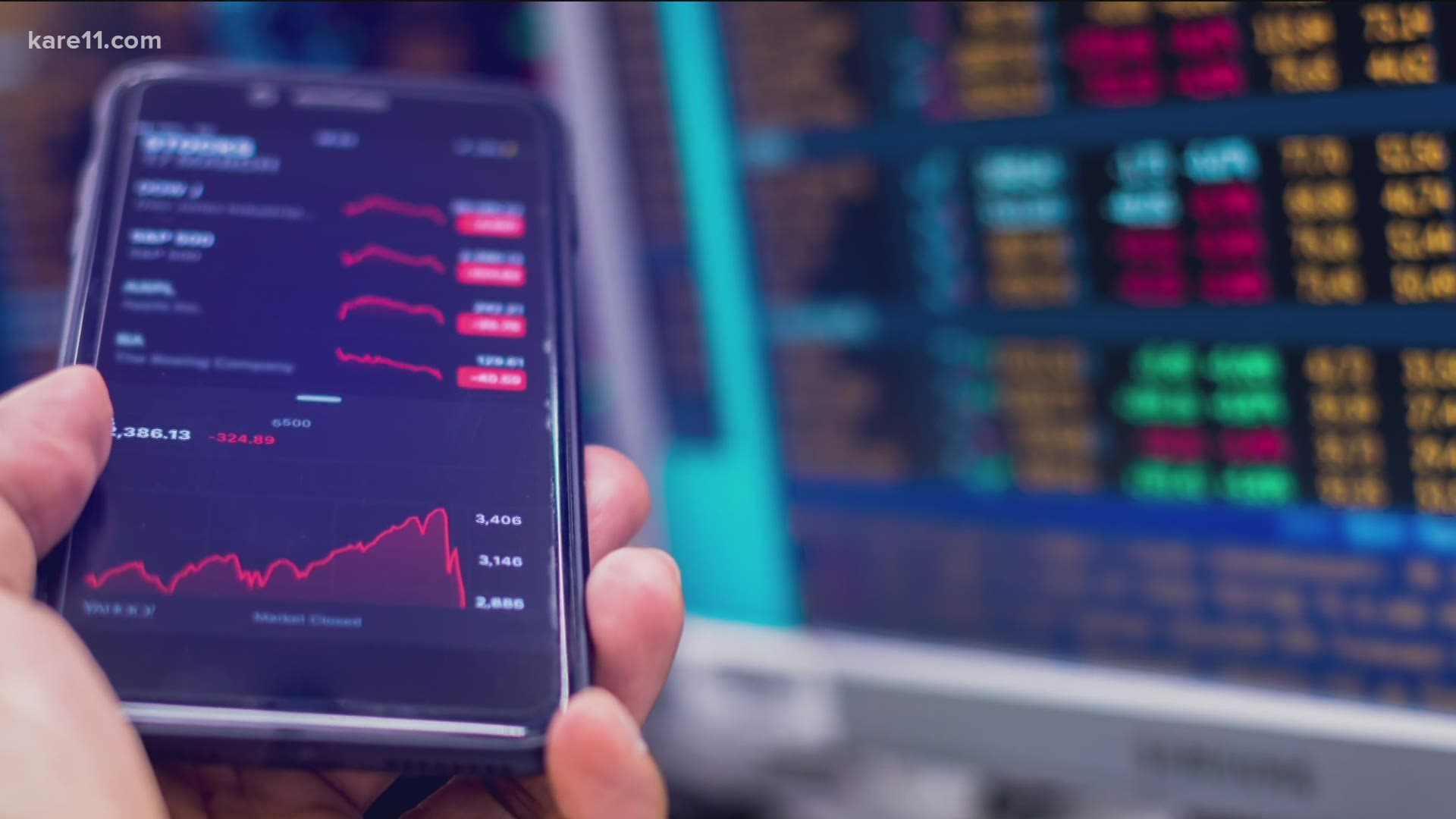 MINNEAPOLIS — There’s a common misconception that investing is only for rich people.

A new wave of investing apps are working to change that public image.

Many of these apps, like Robinhood, WeBull and others, are aimed at younger people, trying to lure them into the market.

“It’s good that they’re getting a new generation involved in the markets and involved in investing,” University of Minnesota finance professor Andrew Winton says.

“The bad thing is maybe they’re going to get some of those people to overestimate their skill sets.”

Winton says these new apps are great because they’re cheap and reliable.

Under the old way of doing things, an investor would need thousands of dollars to get started, and every trade would cost $5 to $10.

Now, thanks to these new apps, the trades are free, and investors only need a few dollars to get started.

“You’ve got a bunch of people who haven’t invested before coming in and getting into the market now,” Winton explains.

Stock in some large companies, such as Berkshire Hathaway, Tesla and Amazon cost hundreds of dollars, if not thousands of dollars, for a single share.

A lot of people don’t have that much money to spare.

Many of these new apps will let investors buy fractions of a share.

You can literally invest one or two dollars in a company with these new apps.

Winton says this is all great, because it’s helping to democratize the stock market and it’s making investing accessible to people with a limited income.

However, he worries these apps may be sending people the wrong message.

“It sells this image that yes, you can do better than the market, by going in and out of stocks, and my view is that in the long run, you probably can’t,” Winton says.

“Traditionally, top investing experts recommend buying stock in good companies, that are undervalued so you can get a good price, and then holding that stock for months or years so you can get a good return. With these apps, some investors may choose to do the exact opposite and be constantly trading.”

He worries many new investors may start out making a few dollars with the markets doing well and then decide they can make it as a full-time day-trader, or they might start investing money they can’t afford to lose.

With free trades he says it only encourages new investors to hop around, and make bold moves, and that can get them into trouble.

“We’ll see what happens when and if the music stops,” Winton says.

He encourages new investors to take it slow starting out, and no matter how skilled you think you are, every dollar you put in, you should be prepared to lose it.

The “investing app revolution” has also had a big impact on other top investing companies.

Many companies such as TD Ameritrade, Fidelity and others are also offering free trades and free commissions so they can keep up these new apps.

So, if you want to give investing a try, there are several cheap options out there to help you get started.