After Lake Superior storm, family finds its canoe on same beach from which it disappeared two years ago. 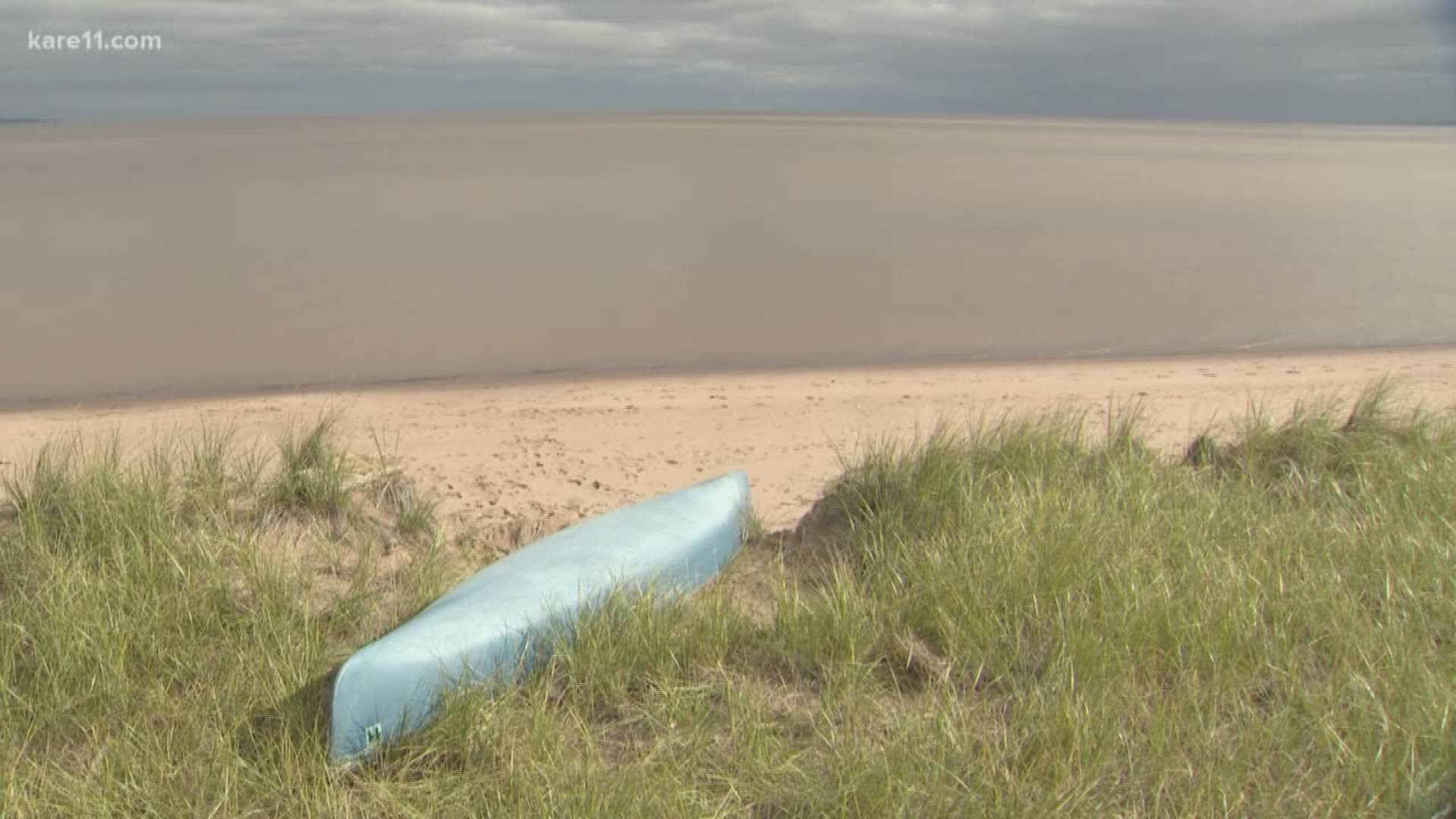 Now, add to the legends a smaller vessel - that came home.

It happened Wednesday as waves from an angry lake slammed into Duluth.

Paul Kellner’s cast from a recent foot surgery kept him off his family’s Lake Superior beach path, but his 13-year-old son went down to check out the shoreline.

“He comes running back and he says, ‘The canoe’s here.’ I said, ‘Wait a second, what do you mean the canoe’s here?’ Kellner excitedly recounted.

The same blue canoe that had disappeared from the beach two years ago, was now beached, feet from where it was last seen, upside down being splashed by the waves.

Kellner still can’t figure it out. “It’s absolutely implausible to come up with any logical explanation. The gods of Lake Superior, UFOs, you name it - I’ll put it on the list and we’ll talk about it,” Kellner laughed.

If the canoe had sunk near the beach, only to emerge in the churn, it’s in remarkably good shape.

“Dust it for prints,” Kellner laughs. “And if you find the Edmund Fitzgerald’s guys’ fingerprints on it, I’m in. I’ll donate it to the Smithsonian at that point.”

Kellner says the only thing better would be his canoe returning with a new registration sticker. But even with the expired registration, he’s still happy to have the blue canoe back – albeit with a mystery.

“It’s okay not to know,” Kellner says. “I kind of like the fact that we’re not sure.”