Billy Koenig, one of two teachers at the School of Environmental Studies in Apple Valley who attempted to climb Pico de Orizaba in Mexico, the country's highest point, to raise awareness for kidney cancer. 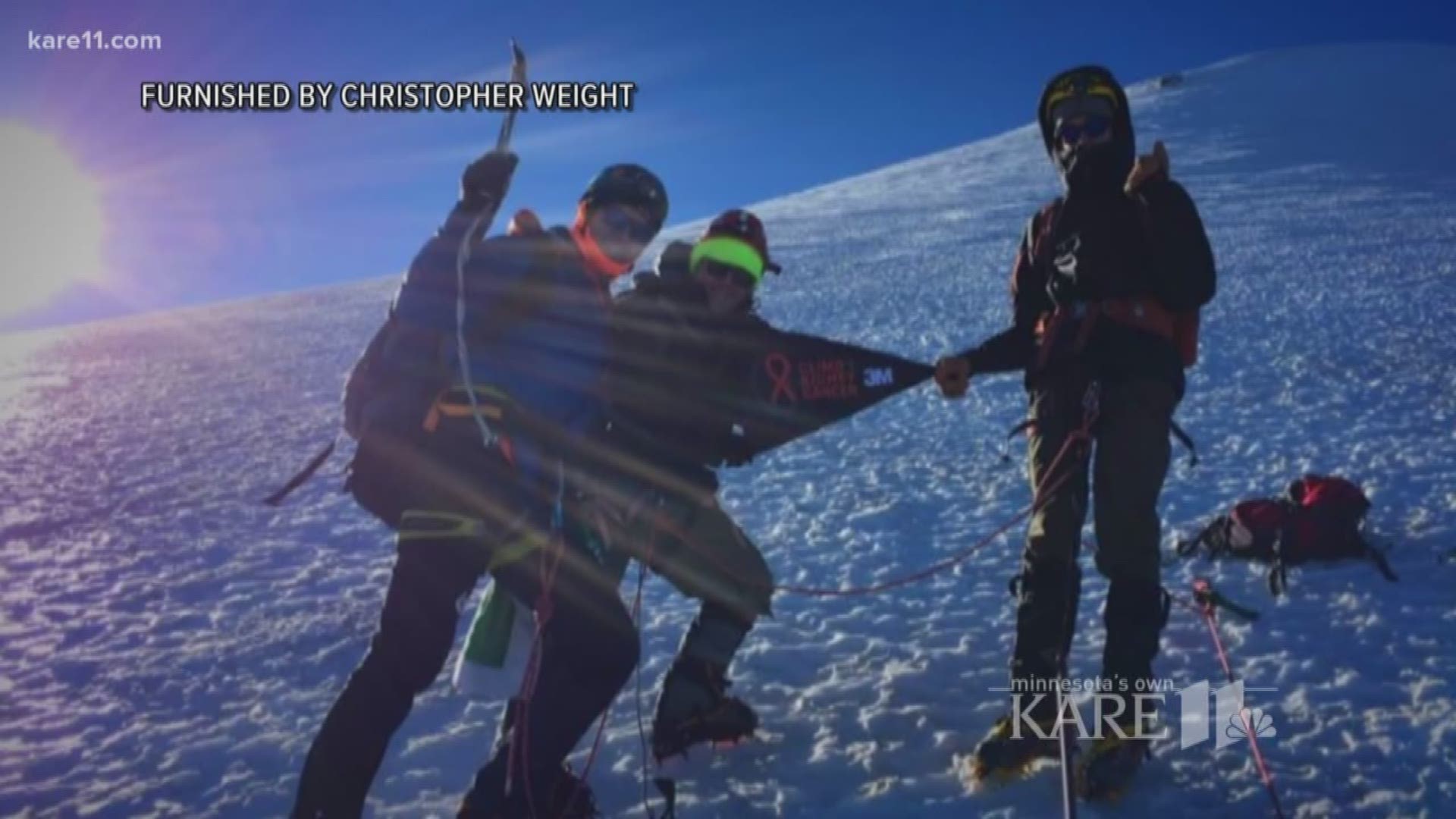 BLOOMINGTON, Minn. - Billy and Laura met for the first time Saturday night, but they've already been on quite the journey together.

“That is an actual rock star right there,” Billy says about Laura.

Billy Koenig, one of two teachers at the School of Environmental Studies in Apple Valley who attempted to climb Pico de Orizaba in Mexico, the country's highest point, to raise awareness for kidney cancer. Each person, including eight students on the climb, carried the picture of a patient battling the disease.

“Diagnosed stage four over seven years ago,” Laura says when asked about her diagnosis.

Laura's picture was with Billy every step of the way.

The two joined a handful of students and patients Saturday night at Vertical Endeavors in Bloomington to officially meet and look back on the climb. Also, a $3,500 check raised by students was presented that will go towards a kidney cancer research scholarship at the U of M.

Annie Weight, a senior at the School of Environmental Studies, says having that picture with her on the climb sure put things into perspective.

The group didn't quite make it to the top of the mountain back in February like they hoped, but that is part of the lesson in this story.

“We didn't make it to the top, but we are better than what we were when we started the journey,” Billy says.

It’s a reminder that it isn't always about where we end up, but enjoying the view along the way.

“Make the most of it, because you never know when things are going to change in an instant,” Laura says.