Study: 1 in 42 Minnesota kids has autism 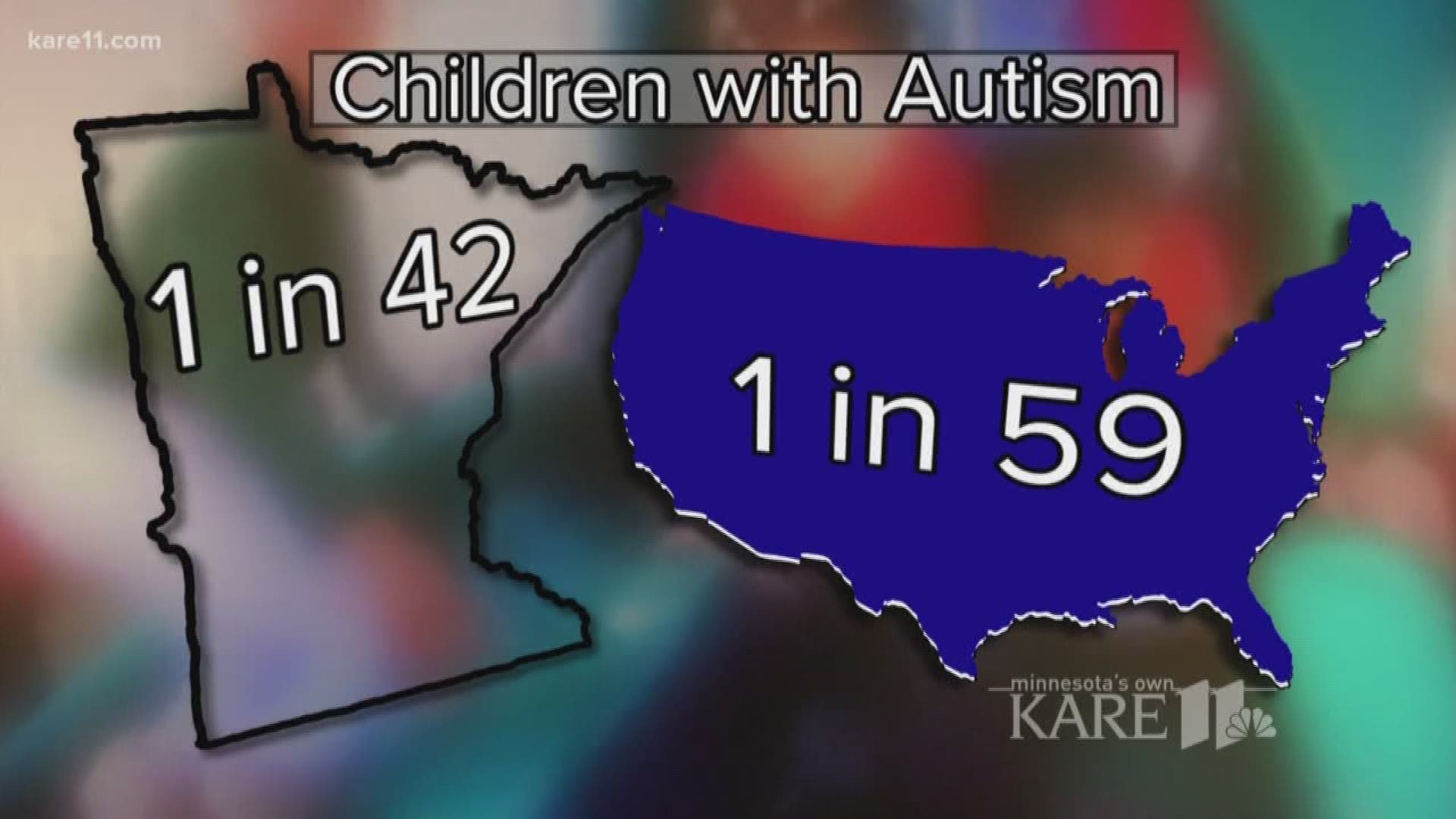 MINNEAPOLIS – A newly released study indicates 1 in 42 children in Hennepin and Ramsey Counties has autism spectrum disorder, a higher rate than other sampled areas of the country.

“We have a very high prevalence rate,” said Amy Hewitt, a University of Minnesota researcher who is the principal investigator for the Minnesota portion of the autism study that included 11 sites across the country.

Minnesota's autism rate was higher - 1 in 42 compared to 1 in 59 elsewhere - but Hewitt cautions the state’s numbers might skew higher because the sample was drawn only in urban areas where children with autism are more likely to be identified.

“What's most important is that we take that to heart and that we as communities and as a state are ensuring that the children and families that have autism and are living with autism get the services and supports that they need,” Hewitt said.

The study also found 8-year-old boys are four-and-a-half times more likely to be identified with autism than girls the same age.

No differences were found in the percentage of white, black and Hispanic individuals identified with autism. Minnesota researches also included Hmong and Somali children in the study, but determined the sample size was too small to provide meaningful data.

“That's important to provide families with early intervention, to have adequate resources available, so when they seek those services, those services exist,” said Anab Gulaid, a researcher who worked on the study.

Minnesota is one of the newer states to join the ongoing national study. Researchers hope to venture outside the Twin Cities as their work continues.