Surveillance tape released Thursday shows a man bent on harming as many people as he can while carrying out a stabbing rampage at a St. Cloud mall last month. 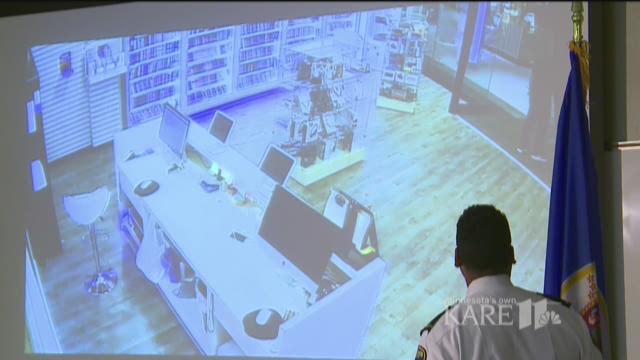 ST. CLOUD, Minn. - Surveillance tape released Thursday shows a man bent on harming as many people as he can while carrying out a stabbing rampage at a St. Cloud mall last month.

That jarring videotape was just one revelation made by law enforcement officials who gathered in St. Cloud Thursday to update reporters on the investigation into the attacks carried out by Dahir Adan, who was fatally shot by an off-duty police officer in the midst of his rampage. 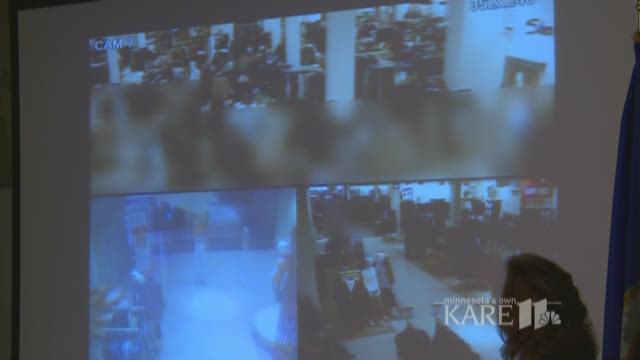 FBI Special Agent in Charge Richard Thornton confirms that his investigators have concluded Adan had been radicalized, either by extremist groups or himself. Thornton described how family members and friends described noticeable changes in Adan's behavior in the days leading up to the attacks. He was increasingly withdrawn, losing weight and losing interest in things he loved like playing basketball with friends and Xbox. He began reading the Koran, something he had never done before, and became easily agitated. He also went from being an excellent student at St. Cloud State University to failing.

Special Thornton says investigators have talked to 180 witnesses and viewed hundreds of hours of videotape from more than 100 security cameras installed at 23 different locations in the mall. They have also spent hundreds of hours tracking Adan's electronic and social media footprints. At this time Adan's phone remains locked, but the FBI is trying to gain access.

The most jarring part of the presentation was the showing and release of surveillance tape capturing Adan attacking and stabbing a store clerk who had walked to the entrance of his establishment after hearing screaming and commotion from the mall's common area. The tape shows the employee fleeing as Adan entered the store clearly like a man on a mission, raising the large knife and stabbing the young man several times. 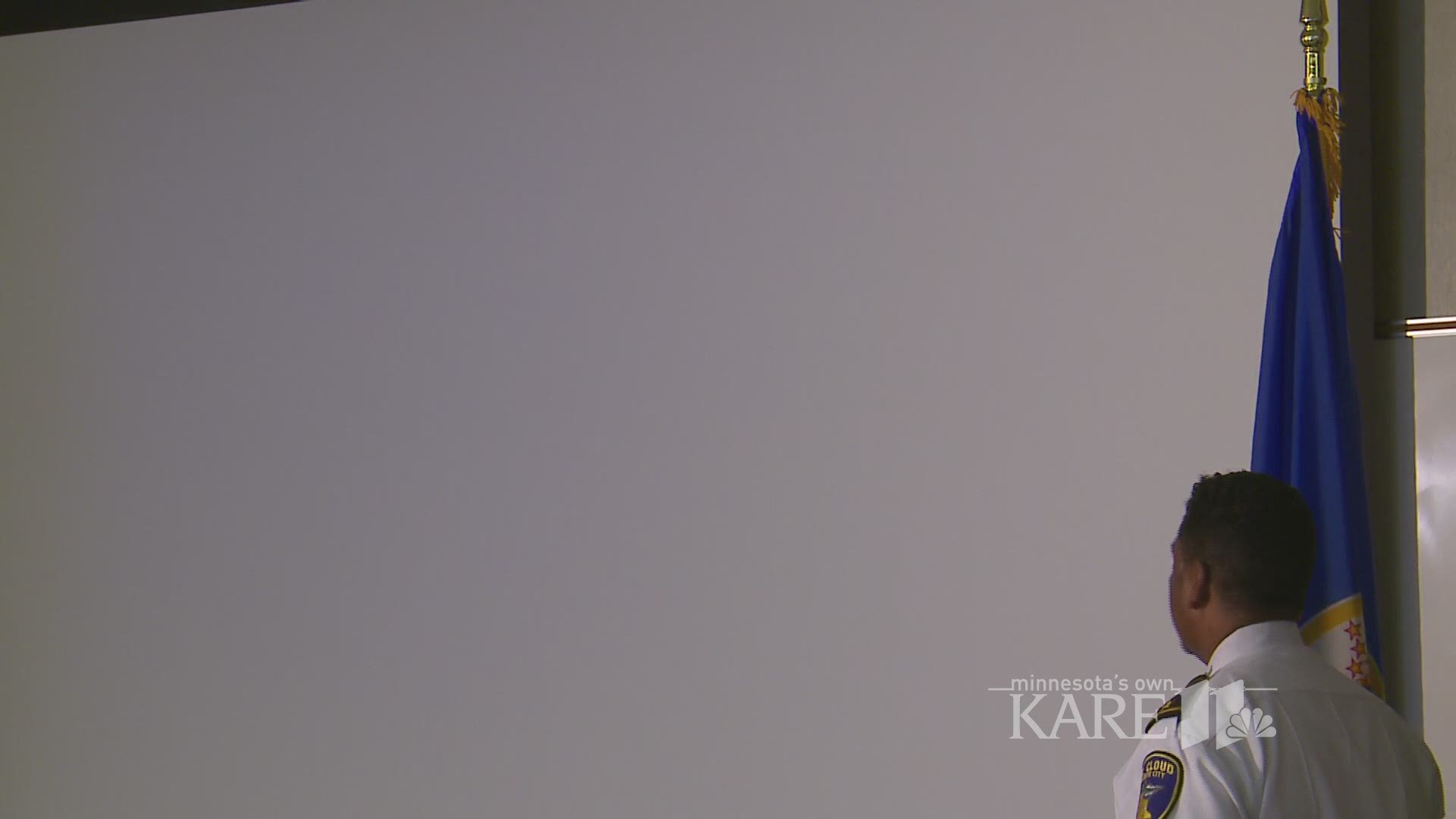 Stearns County Attorney Janelle Kendall then stepped to the podium, announcing there will be no charges against Avon Police Officer Jason Falconer and saying it is clear that his use of deadly force in firing on Dahir Adan was justified. To back up the decision Kendall played surveillance tape from inside Macy's that captured the fatal encounter between Falconer and Adan. She described how Adan approached Falconer in the Crossroads Mall, asking him if he was Muslim. When Falconer answered by saying no, Adan turned away, and the off-duty officer saw the two knives he was carrying.

At that point Falconer began pursing Adan, identifying himself as a police officer and demanding that Adan drop his weapons. Instead the suspect fled, with Falconer pursuing him into Macy's. Witnesses describe Falconer identifying himself as an officer over and over, telling Adan to drop the weapons. Cameras capture Adan laying down for a period of seconds, then getting to his feet and charging Falconer. The officer fires, striking Adan, who kept advancing despite his wounds. Investigators say Falconer opened fire a second time, dropping Adan to the ground. The suspect managed to get to his hands and knees, crawling at the officer with a knife in his hands. A third burst of gunfire finally stopped Adan.

FBI Special Agent in Charge Thornton provided the following timeline that led up to the rampage the night of September 17.

"I cannot think of anyone, including myself, who could have handled themselves and the situation at the Crossroads Mall any better than Officer Falconer did," said Avon Police Chief Corey Nellis. "I am proud to call Officer Falconer an Avon Police Officer, and I truly believe that the citizens of central Minnesota owe this officer a debt of gratitude, as he truly is a Minnesota hero."

"Given the circumstances and the culmination of the investigation, Officer Falconer is doing the best as can be expected," Nellis continued. "He continues to be deeply concerned for the victims and those who witnessed the attacks at the mall."