Sweet Potato Comfort Pies baked dozens of pies for victims of the Minnehaha Academy explosion, the Dar Al Farooq bombing, and for the family of Justine Damond. 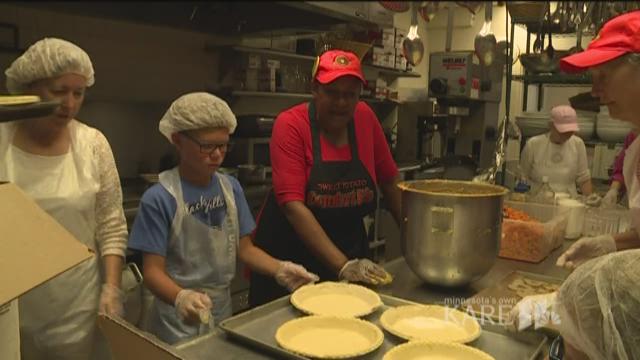 GOLDEN VALLEY, Minn. - This week the team behind Sweet Potato Comfort Pies baked dozens of pies for victims of the Minnehaha Academy explosion, the Dar Al Farooq Islamic Center bombing in Bloomington, and the family of Justine Damond, who was shot and killed by Minneapolis police this summer.

The group joined with the Minnesota Humanities Center to bake pies to comfort and support all those affected. They also held a community conversation to promote racial healing.

"We want to be able to express feelings sometimes when we don’t always know how, so the sweet potato comfort pie is a way of doing that," said Rose McGee, founder of Sweet Potato Comfort Pies. "Even working together in making the pies is a healing process."

The group made 88 pies, for the age Martin Luther King Jr. would be today, to symbolize promoting peace in the community.