Swindler exposed by KARE 11 is on the run

A man exposed by KARE 11 for allegedly duping Minnesota women he met online is on the run again after failing to show up for his own sentencing hearing on a theft conviction in Arizona. 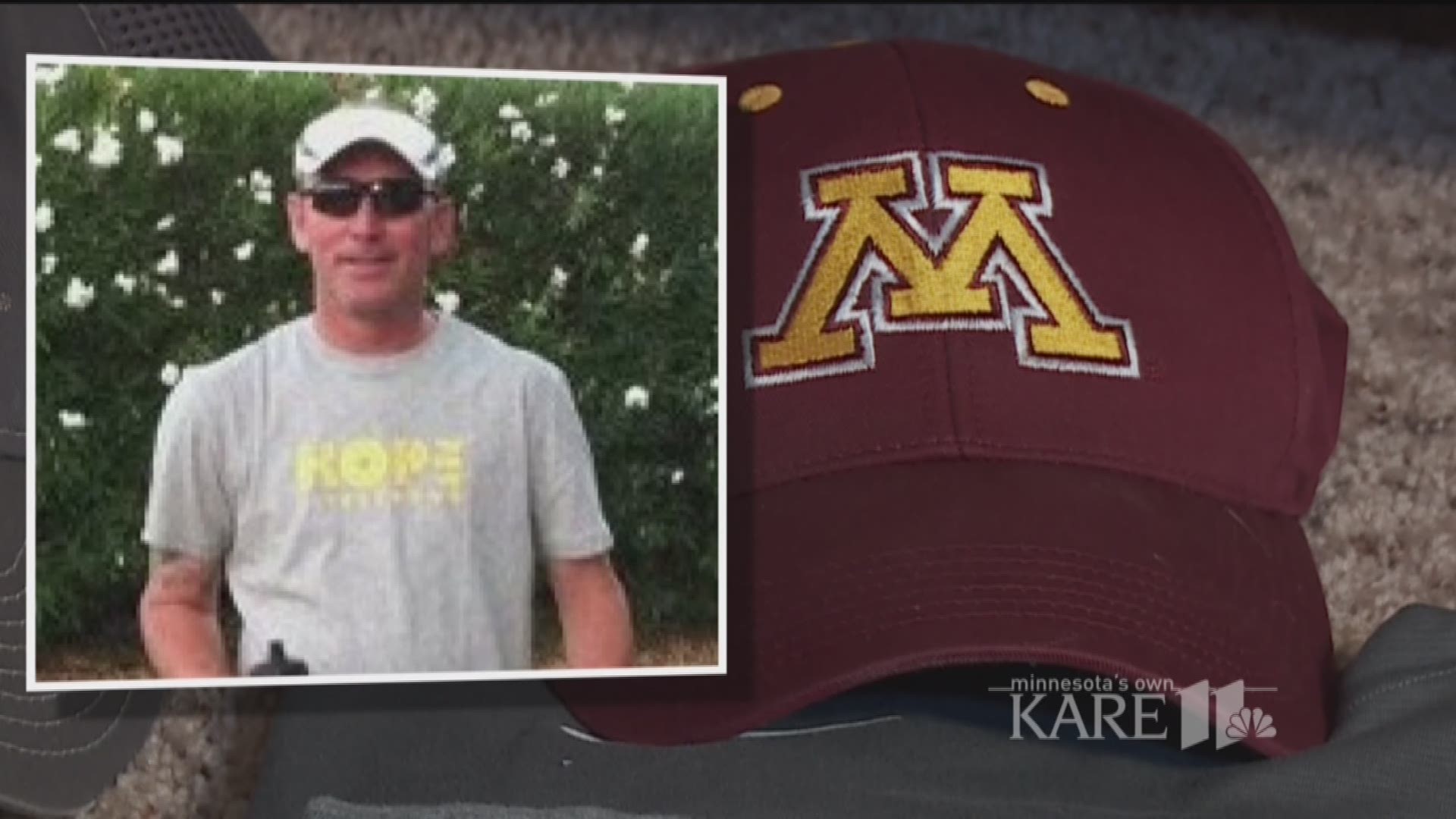 MINNEAPOLIS - A man exposed by KARE 11 for allegedly duping Minnesota women he met online is on the run again after failing to show up for his own sentencing hearing on a theft conviction in Arizona.

Derek Alldred has claimed at various times to be a Navy Seal, a university professor, a doctor or a lawyer. But the many women who've encountered Derek Alldred say he's nothing but a swindler who leaves empty bank accounts in his wake.

Alldred was supposed sentenced for stealing from an Arizona woman Wednesday afternoon in a Phoenix courtroom. He never showed up.

Now with Alldred skipping his sentencing, some fear he will never be brought to justice.

His latest victim appeared in court describing how he lied to and stole from her. Records show she met Alldred in early September though an online dating site. He told her he was a Navy Seal named Richard Peterson who was nearing retirement and was working as a professor of political science at Arizona State University. None of it was true.

According to a pre-sentence memo filed with the court, when she found him passed out in her house one day, the woman discovered his real name as well as receipts from a pawn shop. He had stolen and pawned her jewelry.

Alldred pleaded no contest and was convicted of theft.

"He's made a career out of swindling and stealing some hundreds of thousands of dollars of women in several states," the Arizona victim told the court. "And I'm sure I'm not going to be the last."

Last month KARE 11 exposed how Alldred, already convicted of felony theft for swindling the St. Paul hotel in 2014, has been accused by women in Minnesota and other states of duping them too.

KARE 11 identified at least 8 women from the Twin Cities to California who say Alldred lied to them about his identity, his job and his background to try to gain access to their finances.

Linda from Woodbury is one of those women.

"When I met him he was Richard Derek Peterson," she told KARE this fall. "He was finishing his PhD in political science at the University of Minnesota and he was a reservist in the U.S. Navy."

He claimed to be a Navy Seal who had done eight tours in Iraq and Afghanistan.

Linda showed KARE the military uniforms and awards he had left at her home. They included the Purple Heart and Silver Star.

She eventually learned they weren't really his. But he used the same false name and similar fake military identity months later in the Arizona theft.

Linda dated Alldred for six months before realizing his true identity. By that time, she says he'd cleaned out her bank account and opened new lines of credit in her name. She showed KARE 11 the statements.

Linda reported Alldred to Woodbury Police in early August. He was arrested at the time on suspicion of check fraud and Theft by Swindle. But he was quickly released and Linda is still waiting for him to be formally charged.

"I'm just not very confident that they're going to do anything here in Minnesota," she said.

Less than a month after being released in Minnesota, he met his new victim in Arizona.

In fact, although he's been convicted of other thefts, the charges in Arizona appear to be the first time Alldred has been criminally charged with stealing from a woman. That's despite the fact that many of the women who spoke to KARE 11 said they had contacted police.

Linda was hopeful that in an Arizona courtroom, Alldred might finally be held accountable for what women say he's done to them.

"At this point he is a public safety risk to our community," the Phoenix prosecutor told the judge.

But by making bail and disappearing before sentencing, he appears to have slipped through the cracks of justice again.

"It's frustrating that it feels like the court systems don't take this kind of crime seriously and they keep allowing him to run," Linda said.

The prosecutor reviewing Linda's case for the Washington County Attorney's office tells KARE 11 he could have a decision on Minnesota criminal charges this week.