The agreement came after months of negotiations. 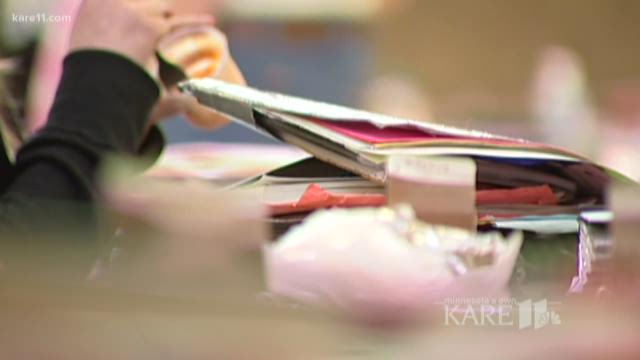 All strike planning activities have been canceled, including SPFT Safe Sites and SPPS Kid Spaces for students. School will go on as normal this week, the district said.

"We are proud to have settled a fair contract that will improve our public schools for all of our students. We look forward to continuing the fight for fully-funded, racially equitable schools in the weeks and months ahead," Nick Faber, SPFT President said in a press release.

SPPS and @SPFT28 have reached a tentative agreement on a new contract. Thankfully, this means a strike will not take place. School will continue as usual. Read more: https://t.co/PYlA0gTDcs pic.twitter.com/50m3BK9j7d

Teachers had previously planned a strike starting Tuesday, Feb. 13 if an agreement was not reached.

"Both the District and the Union feel passionately that our students deserve the best education we can give them," said Dr. Joe Gothard, SPPS superintendent, in a press release. "This is a strong step in that direction."

More details about the agreement will be released before the end of the month. The union had been pushing for smaller class sizes, support for special education and students learning English, as well as funding to expand restorative justice practices.

The district is dealing with declining enrollment and facing a $23 million budget deficit this year. Gothard said the agreement will not contribute to the deficit.

In a joint press conference on Monday, Faber and Gothard said they want to come up with strategies to raise revenue for the school district.

"We are dedicated in working with our district and whoever else it takes to increase that funding so our kids can have the schools that they deserve," Faber said.

Gothard added, "It was great to see in the final hours this morning the level of respect that we had as a group was symbolic of how we're going to move forward as a school district and community."

The union plans to have informational meetings for members on Thursday and will then hold a ratification vote early next week. If approved, the Board of Education will vote on it in March.