Team gives up its 'hockey hair' for teammate

"I liked my hair. It was difficult," said Nate Warner, a junior on the Cathedral High School Hockey Team. 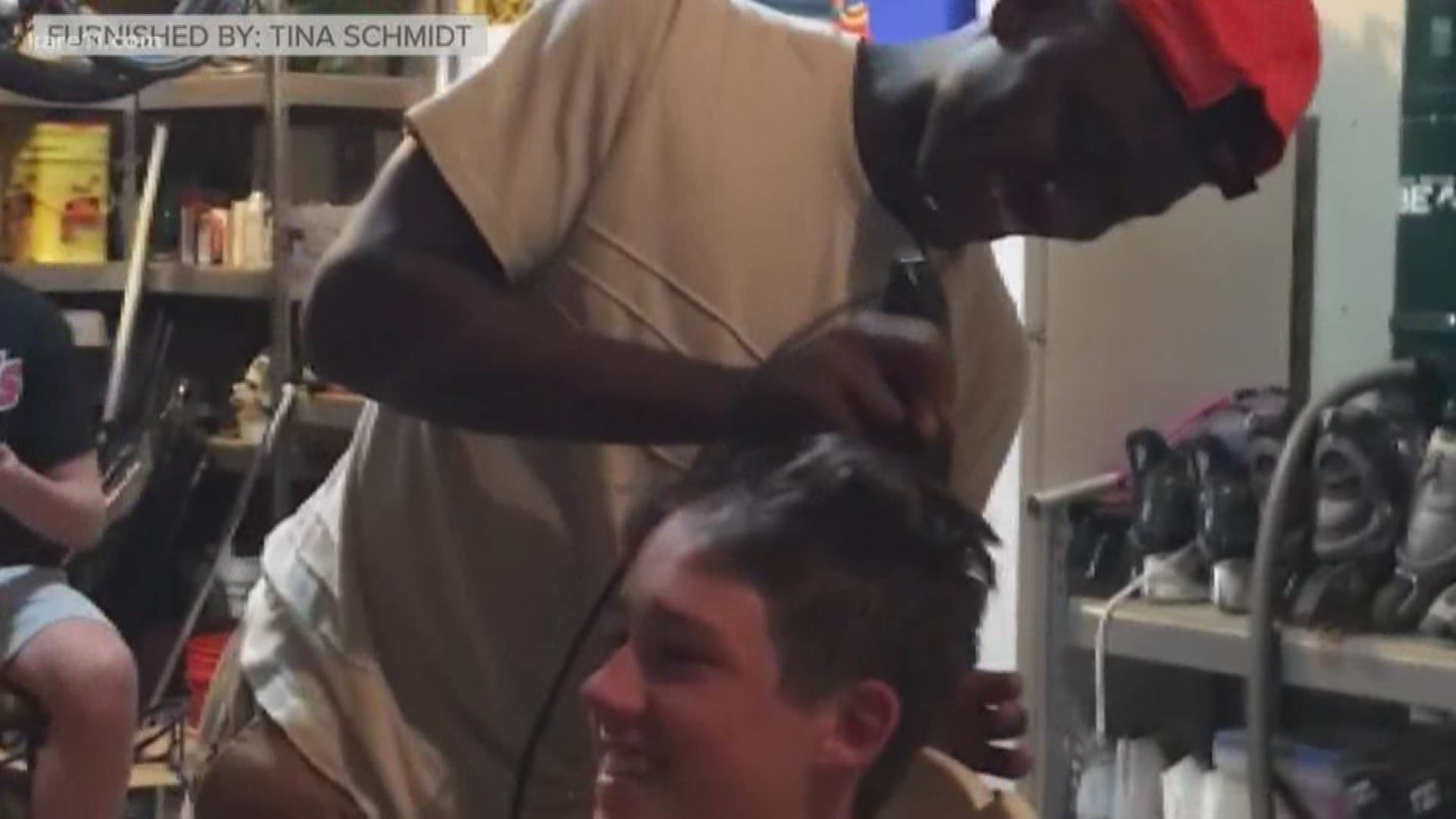 ST. CLOUD, Minn. - Only a Minnesotan knows what it means to make the State High School All Hockey Hair Team.

And only a Minnesotan knows what it means for an entire team to virtually disqualify itself from the annual YouTube honor before the season even starts.

“I liked my hair. It was difficult,” said Nate Warner, a junior on the Cathedral High School Hockey Team.

Difficult, perhaps. But an easy call.

Cade once had an impressive “flow” himself – before his diagnosis with a rare form of non-Hodgkin’s lymphoma.

“It shows that they're willing to do pretty much anything just to help me get through this,” Cade said.

The cutting commenced as the team gathered on Thursday night.

“Beginning of the night there was only like three, four of us that were going to cut our hair - then convinced the next guy, then the next guy,” said Luke Schmidt, a senior skater.

Cade’s dad, Rick Anderson, teared up talking about the team’s show of support.

“Last night when I saw the pictures coming through, it was pretty emotional,” he said.

This is Cade’s second bout with Cancer. He was first diagnosed in 2016.

Cade’s mom, Renee Anderson, says the support has meant much to her family.

“It's not just this hockey team, it's the entire community. That's the part that makes me cry,” she said.

Cathedral athletic director Emmett Keenan said he’d be proud to call any member of the hockey team his son.

For them to show that kind of support for Cade, it's not surprising,” the AD said. “It's still overwhelming.”

Giving up his hockey hair may have been difficult, but Nate Warner is having no second thoughts.