A Minnetrista teenager received her orange belt in Tae Kwon Do, and will soon embark on a hike in the Himalayas mere months after undergoing a new and life changing surgery to correct her severe scoliosis. 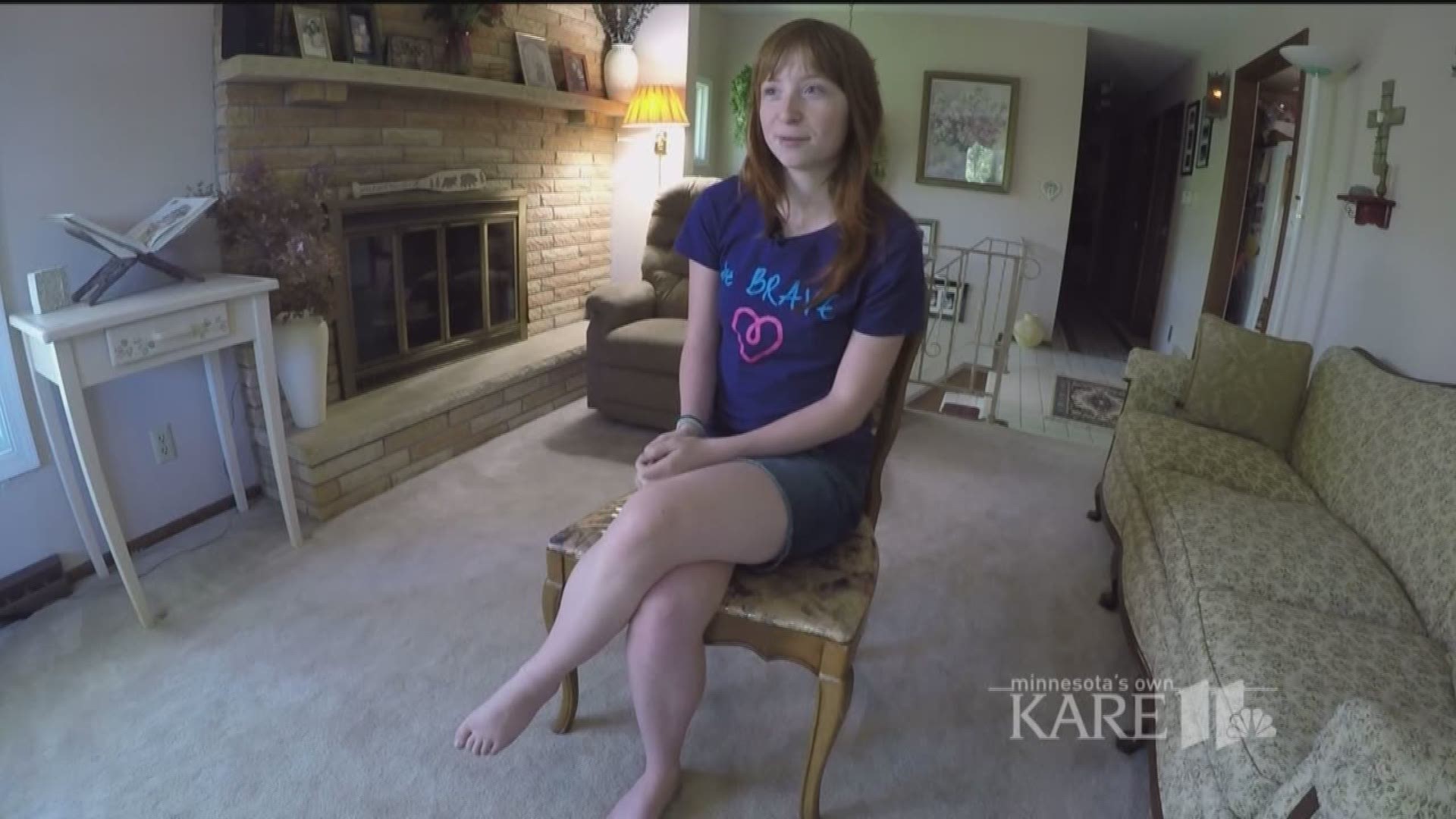 MINNETRISTA, Minn. – A Minnetrista teenager received her orange belt in Tae Kwon Do, and will soon embark on a hike in the Himalayas mere months after undergoing a new and life changing surgery to correct her severe scoliosis.

Shelby Buettner, 17, first learned of her severe spine curvature at age 14 when her dance teacher noticed the abnormality in her back. After a doctor took an X-ray, Buettner learned she had a 70-degree “S” shaped curvature of her spine in her lower back area that would someday pose serious health risks, like restricting her movement and activity.

“They said it was going to cause problems with childbirth and you are sitting here like, I’m 14, I have my life ahead of me, and I don’t know what that looks like anymore,” said Buettner.

Buettner underwent intensive physical therapy, wore a back brace, but her conditioned worsened. She endured constant pain and had to quit dancing and other beloved activities.

“It’s kind of a risk he took on me, I’m one of the oldest patients with this severe of a curve. He decided he was going to go above and beyond for us in every conceivable way, I can never repay him for that, especially after such a long and uncertain road which is often scoliosis,” said Buettner.

Dr. Lonner said approximately 3 percent of children in school will have some degree of scoliosis, and left untreated, the condition can lead to degeneration, pain, weakness, disability, breathing and lung problems.

“This was a big curve, but I looked at the flexibility of the curve, I felt that we are going to help this Shelby, get a great correction and back to her activities,” said Dr. Lonner.

Dr. Lonner explained to Buettner how he would place a flexible cord in her back instead of the standard procedure of rods fusing the spine, which limits movement. He also makes a smaller incision from the side of the back, and when the cord is tightened, it compresses screws placed in the spine to straighten the curve, and an immediate correction is visible. It preserves flexibility and growth in young patients.

“I remember feeling for the first time that my back was in a different place which is one of the most surreal feelings you would ever have,” said Buettner. “I’m pretty sure I cried.”

Buetter has rejoined many school activities and now wants to share her path of success to help other teens facing health conditions. She has documented her journey in a YouTube video, My Long Curvy Road to ASC Surgery.

“It’s my responsibility to help many people as I possibly can,” she said. “You have to face it. Even when things look bad, there will be another uphill soon.”

Buettner has a goal to become a black belt, and is currently going to Mayo Clinic for follow up appointments. Mayo Clinic also performs the tethering procedure.